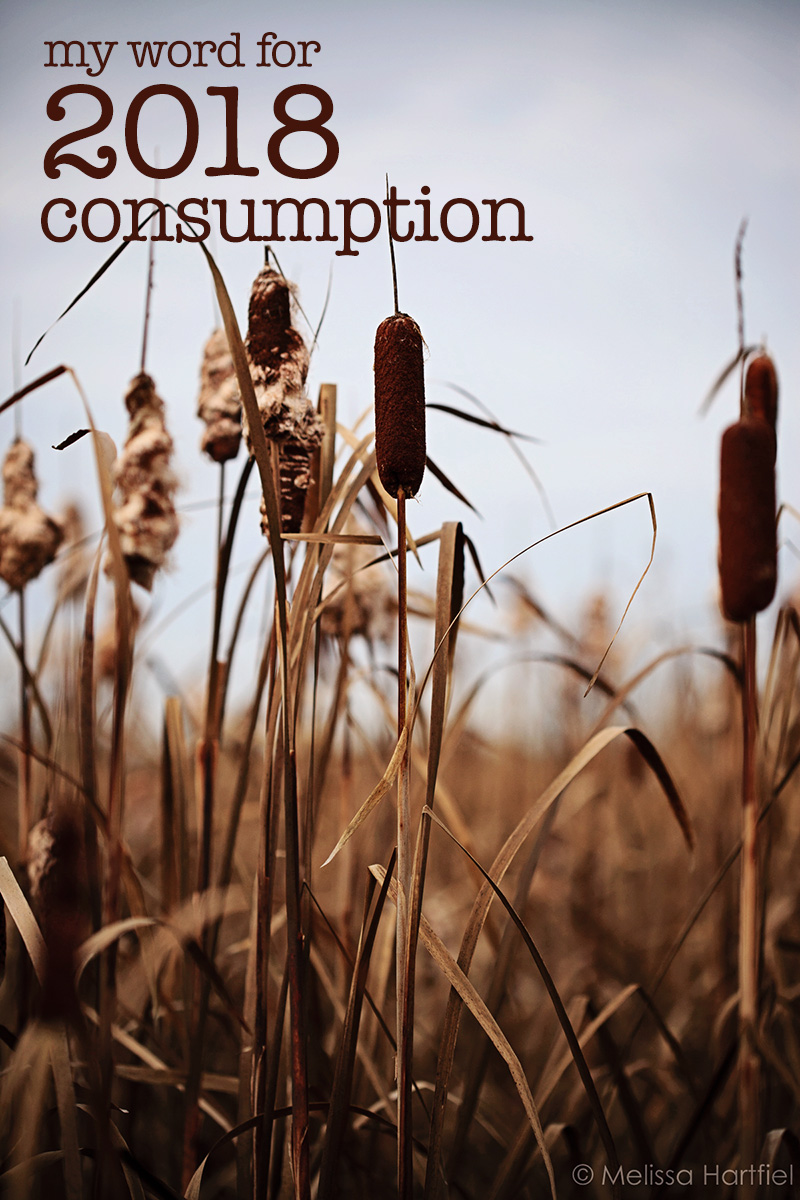 How North Americans consume has been on my mind almost constantly since October – maybe because that’s the start of the ultimate season of consumerism but I don’t think that’s the only reason.

I’m not a big consumer but a big part of that is because in 2010 when I quit my well paying corporate job and went out on my own, I had no money to consume anything!  It’s easy to not consume when you have nothing to consume with!

Things got progressively easier and my consumption increased as my income increased (though my income is still only about 65% of what I made back in 2010 before I quit – not factoring in inflation). But when I chose minimize as my word in 2016 I cut back again and I got rid of a lot of STUFF.

But despite not consuming a lot, I’m not a particularly thoughtful consumer.  My thought process when I pick something up in a store is “is this just going to collect dust? Am I actually going to use it? Will I be bored with it in 2 months?  Is it just going to create clutter?”.  The only person I’m really thinking about is me and I hate dusting and I hate clutter!

The little bit of mall wandering I did in December depressed me.

And then, purely by chance, this article on what might happen to our recycling in the very near future popped up in my Facebook feed.  (if you don’t want to click the link, the short answer is… in a landfill).

And a few days later, this article on what will likely happen to the record breaking number of returned goods this holiday season, popped up. 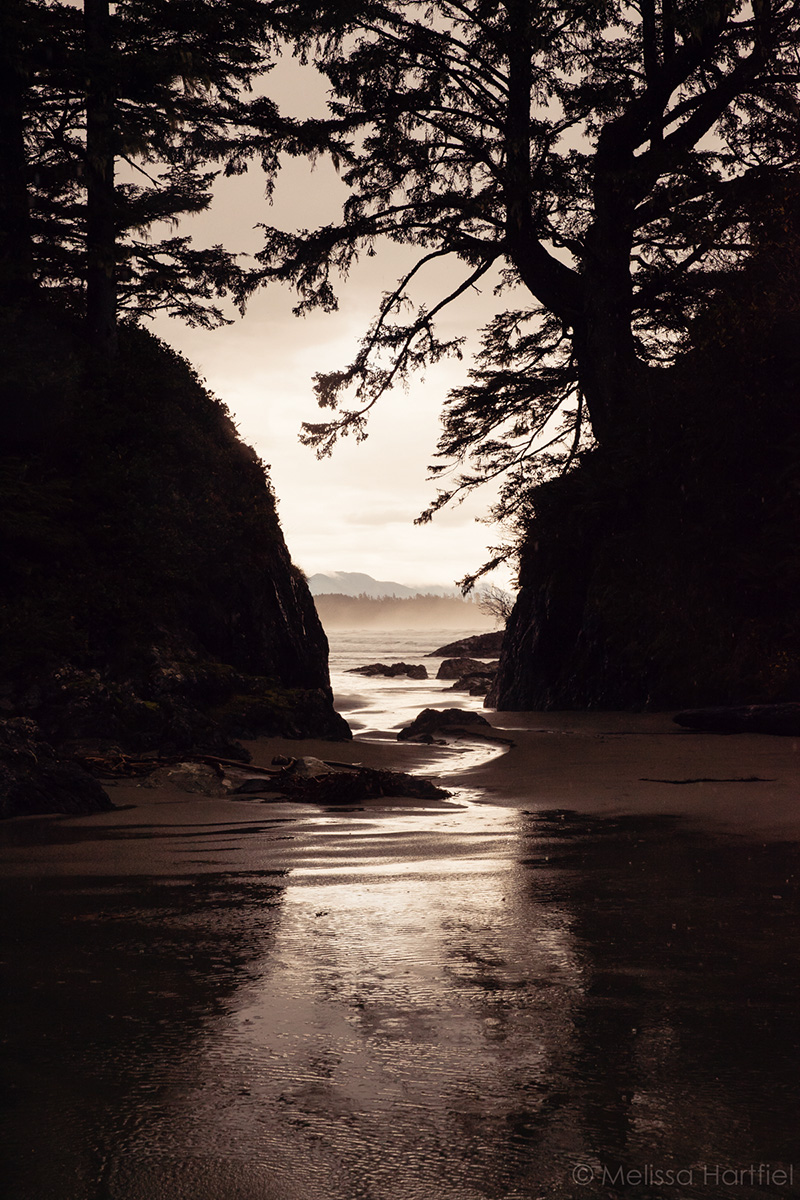 Those gifts we’re returning because we didn’t like the colour or the style or because we just wanted store credit often DO wind up going right in the garbage (and I know from my years of working retail, that there is a lot of truth there – a lot of returned product just goes straight in the garbage).  How do you feel about returning that gift now?  Or even better, how do you feel about buying something for somebody that probably wound up in a landfill only weeks after they opened it.  That’s literally throwing money in the garbage!

It’s all overwhelmingly depressing, isn’t it?  I mean recycling is great in theory and I think most of us feel a small feeling of virtue every time we’re able to toss something into the blue bin or the blue or yellow bag or drop it off at the recycling depot.  Ahhh… I’ve done my duty.  I’ve kept all this stuff from being chucked in a landfill.  I am a very awesome human!  (I know I feel that way!)

But at the end of the day, even if I’m recycling the packaging or recycling or donating the item when I’m done with it, the bottom line is, I still consumed it, didn’t I?  And did I really need to consume it in the first place?  If I hadn’t bought it, I wouldn’t have had to recycle it.  It still took resources to make it, and energy will be consumed to recycle it (a lot of energy).

This is pretty much all I have been thinking about for the last few months.

Plus you know what? I’m just really really tired of everything being disposable crap. Virtually everything we buy today seems to be designed or produced to fall apart quickly and manufactured so cheaply that rather than repairing it, we just buy a new one.  We don’t value craftsmanship very much anymore. 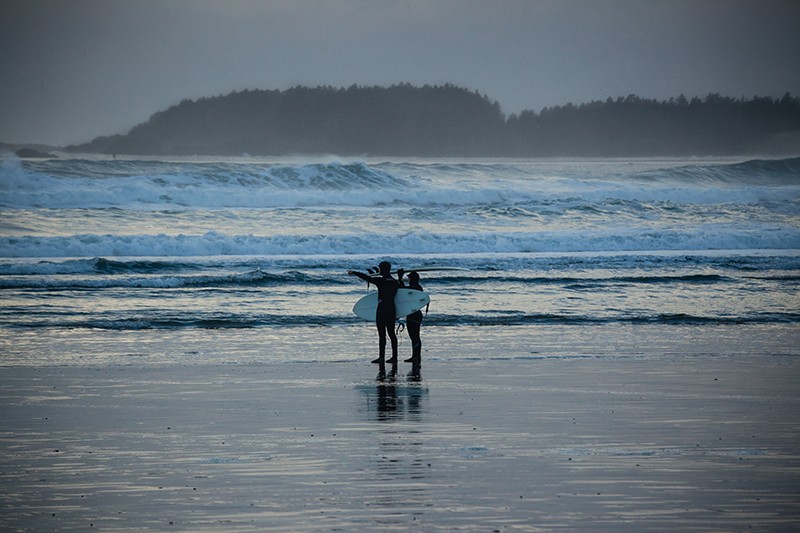 Last week, I listened to an interview with Yvon Chouinard, the founder of Patagonia, the outdoor clothing company. What a remarkable company! Did you know that they design their clothes so that you can repair them when they start to wear down (and they’re designed to last in the first place)? Or they’ll repair it for you, no matter how old it is.  And if you don’t want your item anymore, they’ll let you trade it in and resell your worn gear.  I love this.  I want more Patagonias.

So this year not only do I want to consume less, I want to consume much more thoughtfully. Here’s some of the questions I’m going to try and ask myself every time I buy something small or am getting ready to make a major purchase:

I also want to think about how I’m consuming when no physical product is involved.  We talk a lot about having experiences rather than stuff but having an experience still involves consuming. Taking a plane trip doesn’t leave an awesome carbon footprint. Eating out in a restaurant… where did all that food come from? Who grew it and where did they grow it and how did it get to me.

And, because I’m self-employed and own a business and co-own another, I want to think about how this in a business context too (cuz why not bite off 10x more than I can chew!?) 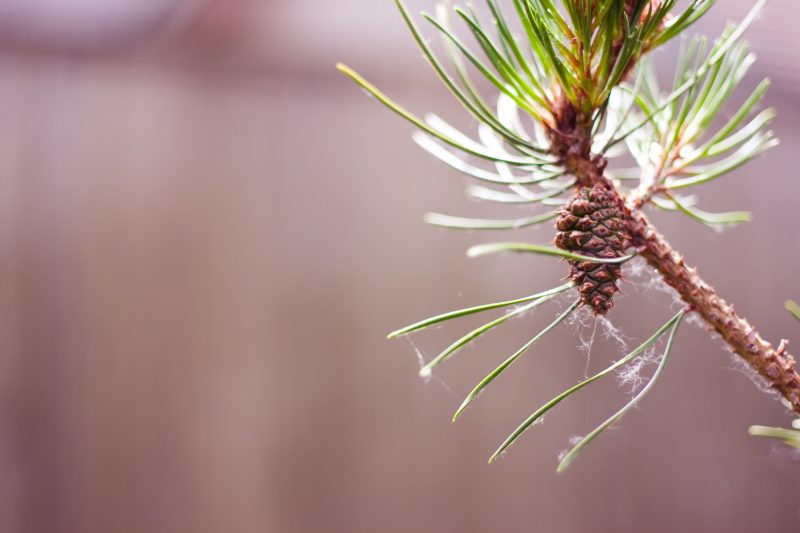 I think this is going to be my hardest word of the year ever, certainly my most complicated and I really don’t know how well I’ll do (I know I sure won’t be a saint or always make the right or best decision)but at the end of the year I want to at least know that I’ve tried to be a more conscientious consumer and that I’ve learned a lot in the process.

Now because I have consumed so little over the last 8 years of being self-employed, there’s a lot of things that I actually do need to replace this year – some of them quite significant. I’ll talk about those in another post!

But in the meantime, here are a few resources I’ve found that I’m going to use to help me this year.

Have you got a great resource, blog or suggestion for becoming a more aware consumer?  Any practical tips, links or advice is much appreciated!

(the photos in this post are all mine and were chosen to remind me of how much I value the places of solitude and nature and how everything we consume, impacts that.)

9shares
Some of My Favourite Things From 2017
Colour Diaries: 5 Ways To Add Vibrant Colour To Your Wardrobe