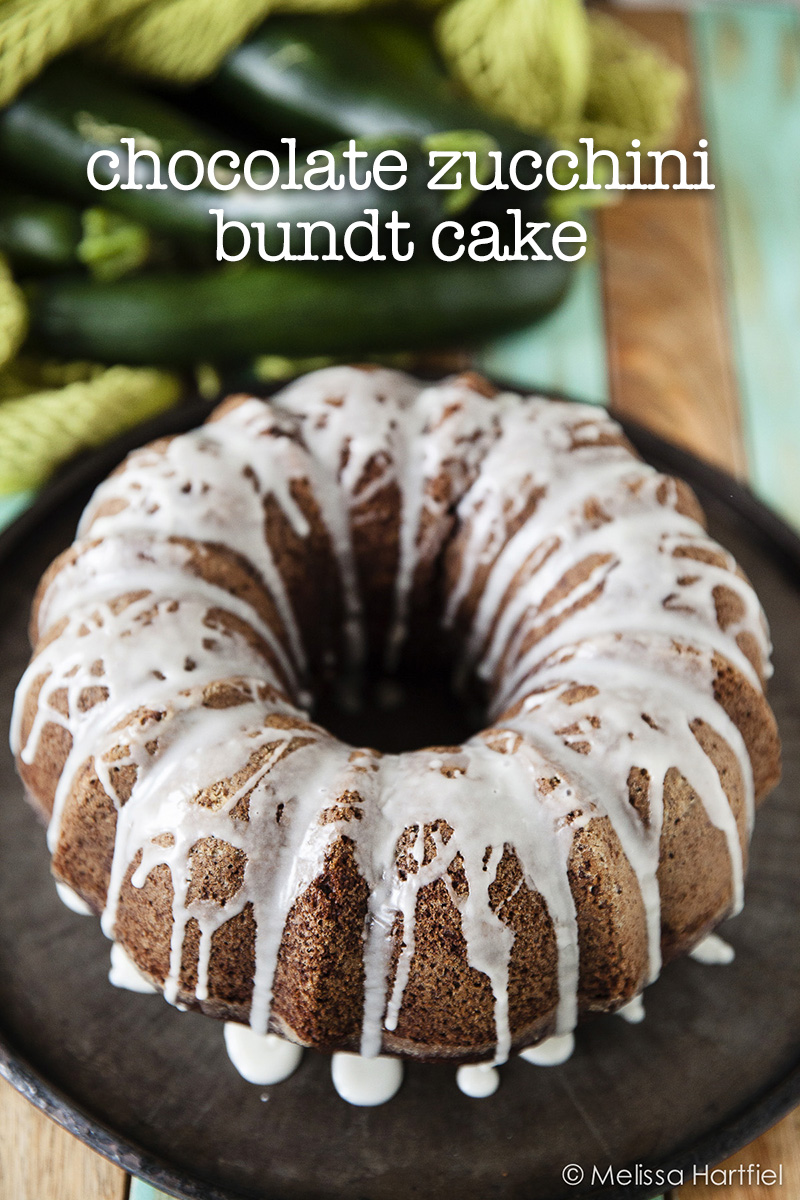 We all have certain foods that are reminiscent of our childhood and this Chocolate Zucchini Bundt Cake tops the list for me.

Out of all the baked goods my mom made, this was my favourite.  Even though I knew zucchini was an ingredient, it never really registered with me.  I was far more excited that it was chocolate and there were raisins in it! (chocolate covered raisins are another one of my favourite things).  Raisins are optional – you can sub nuts if raisins in chocolate aren’t your thing.

I hadn’t had this cake in probably over 30 years and a few months ago, I dug out the recipe to help me deal with a big bag of summer zucchini.  I wondered if it would still taste as good as it did when I was a child.

The short answer is, yes it did – exactly like it!  And it was delicious! 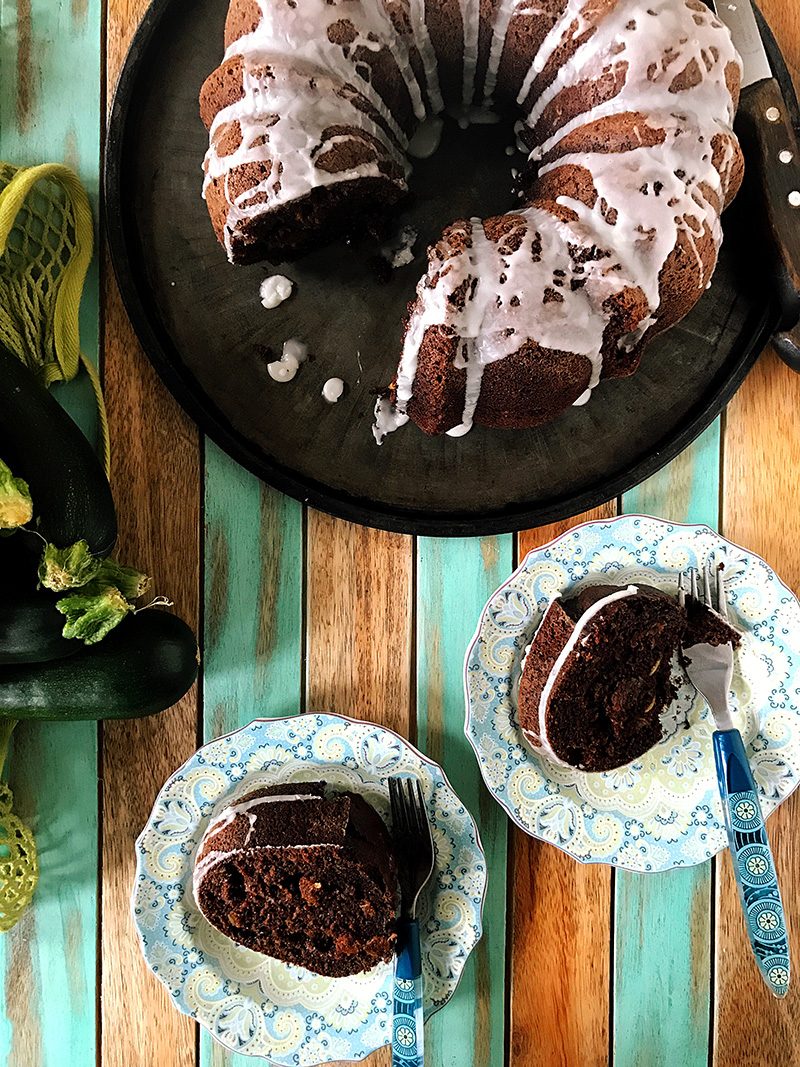 I followed an old, hand written recipe card of my mom’s, which can often be a challenge to interpret.  It’s a weird combo of her own shorthand and her bad physician’s hand writing but she had a note that said the recipe came from “Jean” who I think may refer to the mom of one of my elementary school friends.

Raisins aren’t mandatory – if you don’t like ’em, don’t use ’em! You can sub nuts easily or do a mix of both.

The toughest part of making this cake is greasing and flouring your cake pan so that you have an easy cake release when it comes out of the oven.  That’s something that takes practice and it had been so long since I’d made a cake that I had no idea if I would have it right or not – but, the cake turned out of the pan quite well with just a small tear on the side.  Don’t be impatient – let it cool a full 15 minutes before trying to release the cake or you will have a mess on your hands!

You don’t need to glaze the cake but if you do, just drizzle your glaze.  It’s easiest and it has a fun, splashy splashy effect!