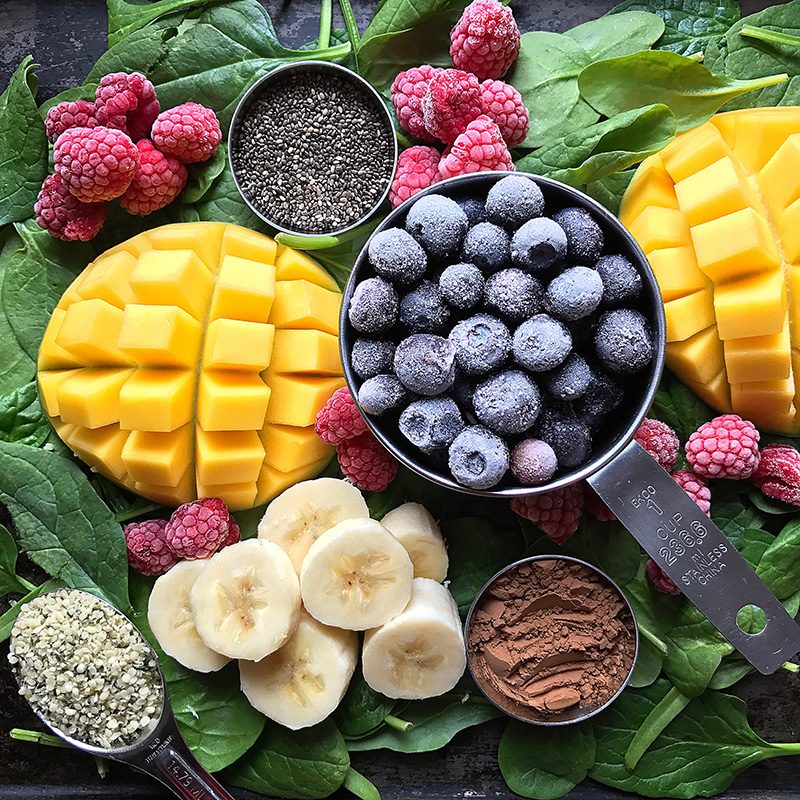 Not long ago I talked about how I was on a morning smoothie kick.  Maybe saying “not long ago” isn’t quite right – it was actually  back in September of 2015! It feels like it was yesterday.  Well that year and a half whizzed by!

I’m still on the morning smoothie kick.  Although at this point it’s probably better to refer to it as a morning smoothie habit.  I’d say about 5 out of 7 days of the week I have a smoothie to start my day.  Maybe only 4 a week in winter when I crave something warm and comforting like oatmeal, waffles or toast with peanut butter and jam or avocado.

What better way to start the day than with a riot of colour that only fruits and veggies can provide.  It totally fits with “colour” being my word for 2017! And since I started my smoothie habit,  I have become a little more adventurous with my smoothie ingredients!

My problem with smoothies in the past is that while they’re full of good things and they taste great, I was always hungry about an hour later.  But I’ve solved that problem with chia seeds! Put 1-2 tablespoons in a smoothie and boom – I’m good till lunchtime.

I also discovered cashew milk last month and it makes me so happy! In the 26 years since I was diagnosed as being lactose intolerant I’ve eaten a lot of god awful dairy substitutes.

As I’ve gotten older I’ve found that I can digest small amounts of most dairy like cheese and yogurt and any milk that’s steamed.  But milk, cream and ice cream are still no go’s.  And the thing is, I really loved drinking a glass of cold milk – that is something I really miss, even more than ice cream! 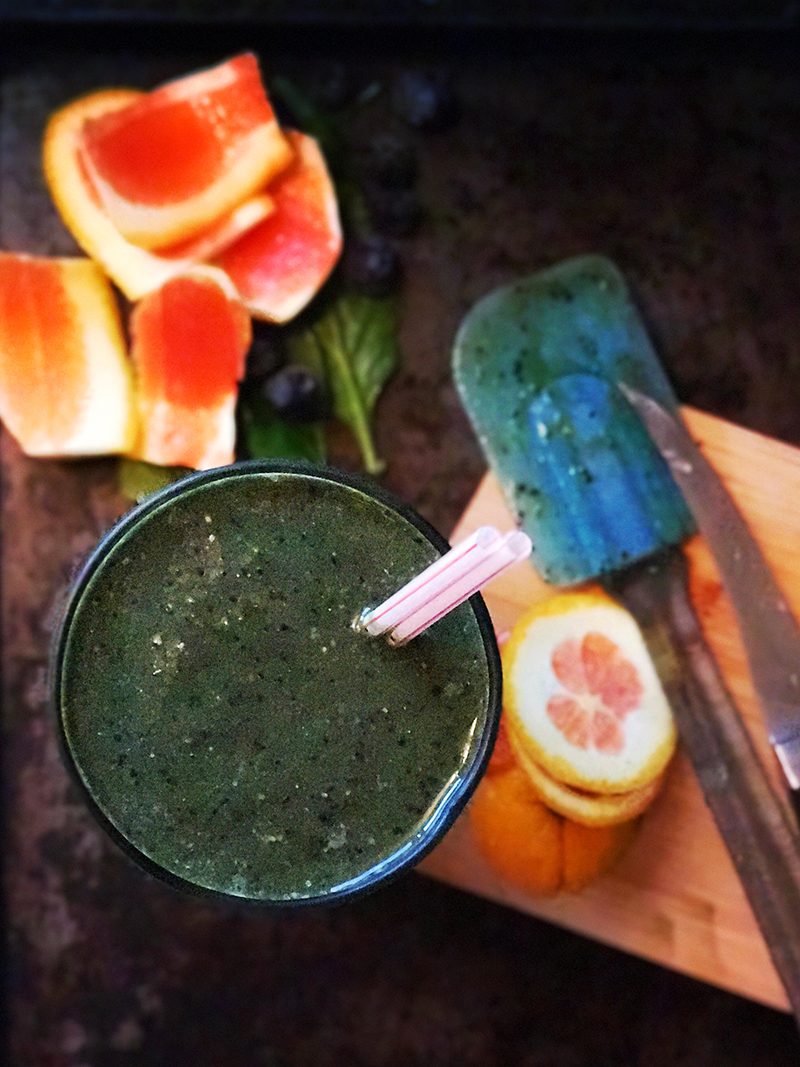 I don’t like soy milk – honest I’ve really tried and for a long time, that was one of the only options available that you could easily get at the grocery store.  Nut milks taste ok and are fine for cooking or adding to tea or hot chocolate.  And you can now easily find lactose free milk and chocolate milk.

But cashew milk is the first “milk” I’ve tried that I can actually drink an entire glass of and enjoy it.  It makes me so happy!  My next step is to try cashew sour cream, which I’ve heard is also really good!

So all that to say, I’ve been adding cashew milk to my smoothies and it makes them even creamier, which I love! I’ve also been mixing things up by adding hemp hearts, cocoa, nut butters and more interesting fruits. Last week I found Cara Cara oranges, and this week I picked up a big bag of tiny little tangerines.  I’ve been tossing three of them in to the blender each morning, including some of the peel, and some fresh mango or frozen pineapple and they’ve given my smoothies a very tropical feel.  You have to make the most of citrus season while it’s here!

I froze enough raspberries and blueberries from my garden this year that I only had to start buying frozen blueberries in December and I’m still going strong with my raspberries.  And I’ve stopped using any kind of smoothie sweetener.  A banana is all I need but if I want something really sweet, I’ll blend up a pre-soaked Medjool date with everything (my sad little blender can’t blend up a date nice and smooth unless it’s been pre-soaked!  And, the date water is great for adding to your smoothie as well.)

My New iPhone 7 Plus

By the way – both the images in this post were taken with my new iPhone 7 Plus.  My 5S died last month – just went kaput.  So I upgraded and went all in – the 7Plus with the 256GB storage in matte black.  After Dennis Prescott showed me what the portrait mode could do back in October, I was intrigued.  It really does a decent job of giving some depth of field (you can see it in the second smoothie photo) but I have noticed that the portrait mode is a rather grainy in low light.  It’s still early days but I’ll keep you posted on how I go with it!