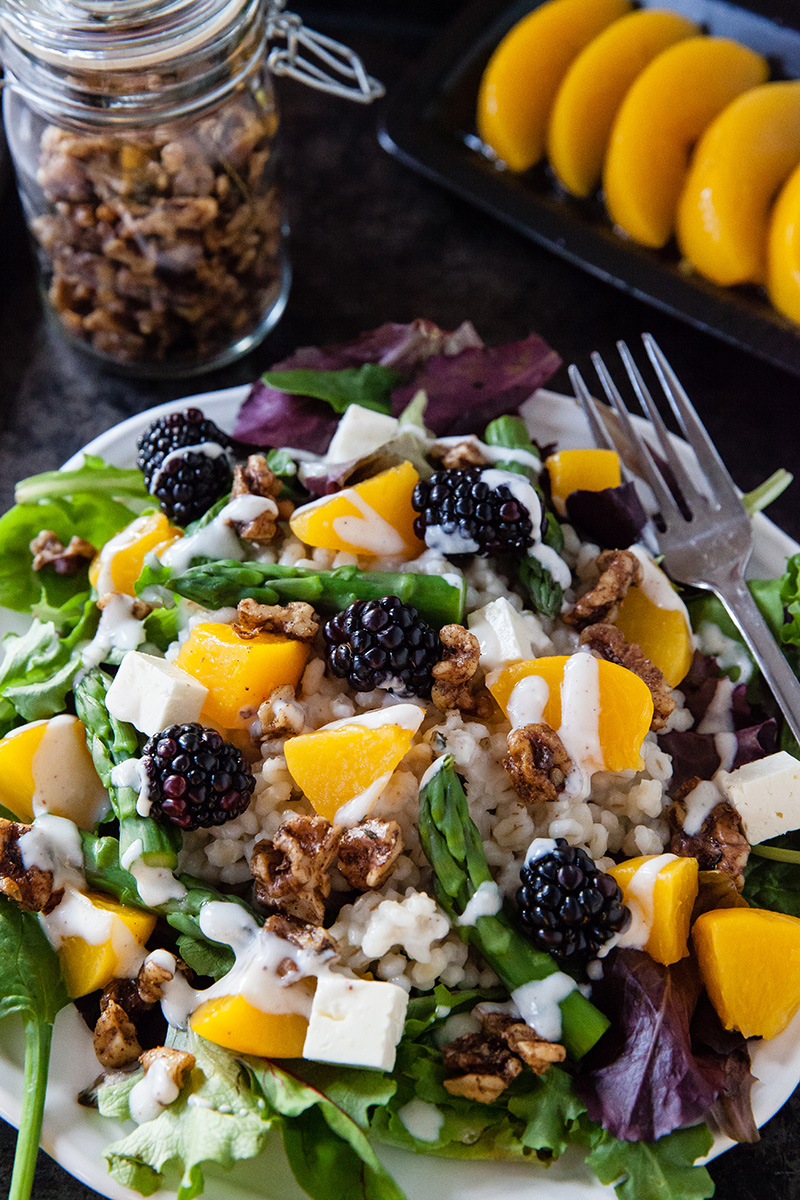 It’s time to talk about salad – a really big salad.  Not bird-like or dainty or a few pieces of lettuces.  No – we’re talking about a hearty salad full of barley and spicy toasted walnuts with feta and blackberries, vivid crisp asparagus and bright, juicy peaches.  A peach barley salad that is worthy of being called a meal!

It’s been a while since I’ve posted a new recipe but I’ve actually been in the kitchen a lot during January!  Unfortunately, most of it has been client work for FBC and not for me and the blog.

Well, not unfortunately – it’s great to be busy with so much client work!   Most of it I can’t talk about yet but, there is one project that I got wrapped up that I really enjoyed – and it was creating this big salad.  If you just want the recipe you can pop over to Food Bloggers of Canada right now. 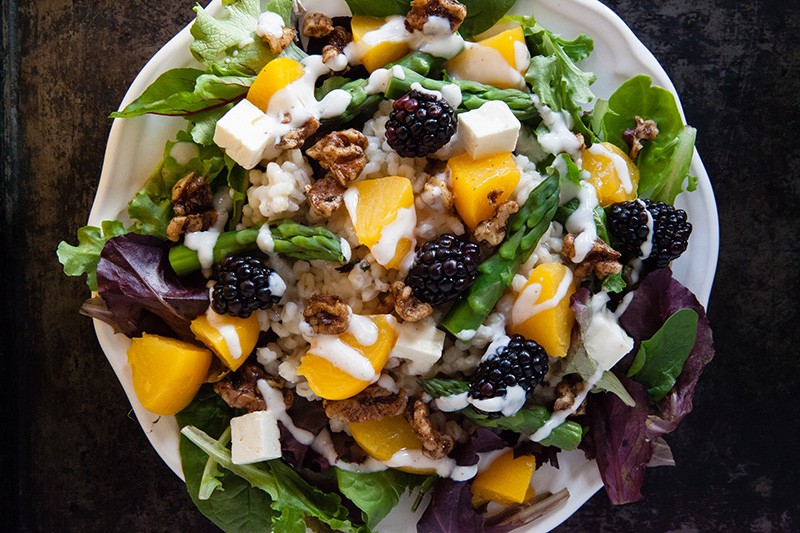 If you’ve stuck around to see what else I have to say, I want to talk about barley.  I personally think barley is soooooo underrated.  It’s one of my favourite grains and you can use it at breakfast, lunch and dinner. I know most of us think about it as a soup filler instead of noodles but you can do so much more with it.  You only need a little bit because it’s very filling – I find it just as filling as eating lentils – which always have me full very quickly!  I also really enjoy the slightly chewy texture of barley.

It’s been so long since I’ve used barley that I forgot how much it expands during the cooking process.  1 cup of uncooked barley, in theory, equals 3 cups of cooked barley, but I think I got even more out of it than that! (to cook barley use the 3:1 ratio – 3 parts water to one party barley)

So  with all the leftover barely from recipe testing, I’ve been using it a lot:

It’s been a lot of barley – such is recipe development! 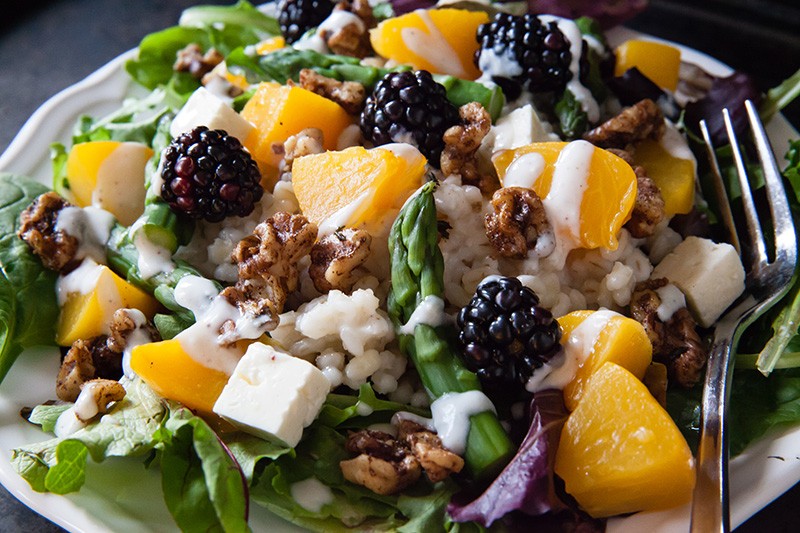 Canned peaches add such a burst of flavour and colour to any dish in dreary January – and you can use the juice they’re packed in to make a great peach dressing.  The one I came up with included yogurt and chili!  This is one of the best salads I’ve created in a while and I loved the contrast of sweet from the peaches and berries, the saltiness from the feta and the spicy notes from the toasted walnuts.  So good! You can head on over to Food Bloggers of Canada to get the whole recipe and I hope you enjoy it!

1shares
My Word For 2017: Colour
28 Days of Creating Heart Art with #OpusDailyPractice