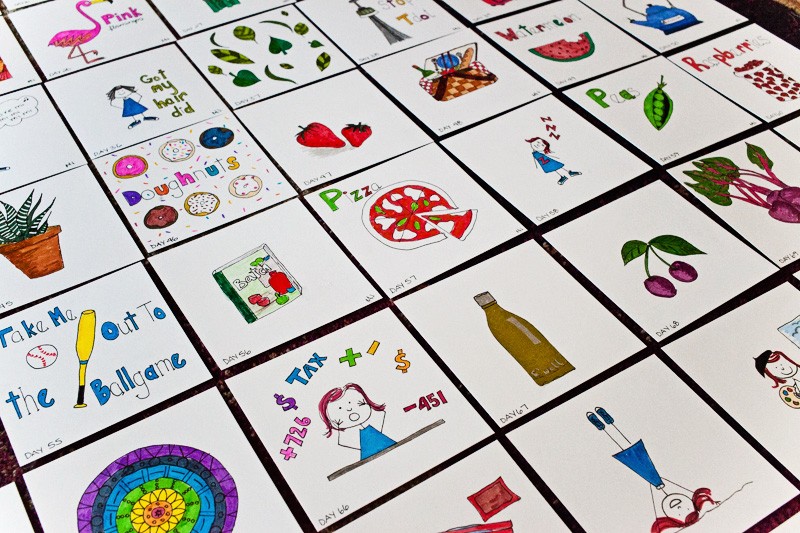 I wrapped up the 2016 edition of The 100 Day Project at the end of July and, just like last year, it was a terrific experience that served to remind me of many of the lessons I learned in 2015.

I didn’t blog about it much here because, let’s be frank, I haven’t blogged much about anything this year – although I am trying to be consistent and post once a week!  But, I stuck with it and didn’t miss a single day, despite travelling and a busy work schedule. 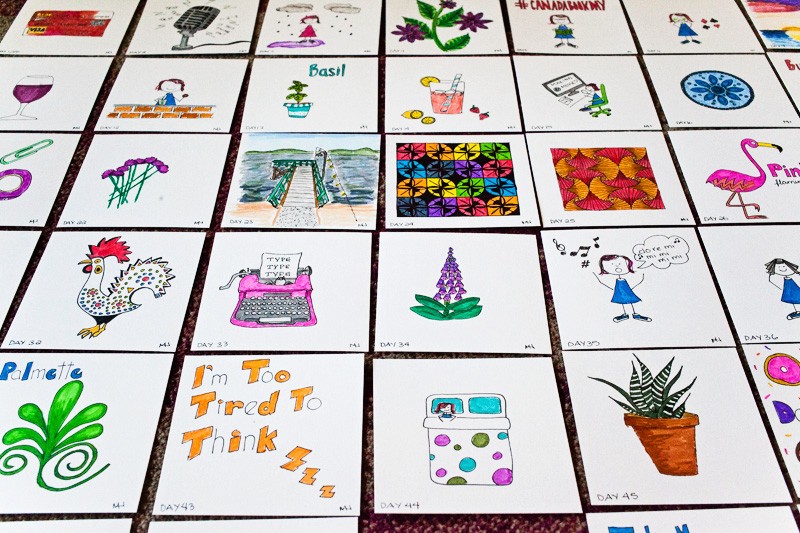 While I made some changes this year, I stuck with my basic premise of doing a 10 minute doodle every day.  This year though, I decided to do them on individual 4×4 Strathmore art tiles – a decision I wound up being super happy with – instead of in a sketchbook. 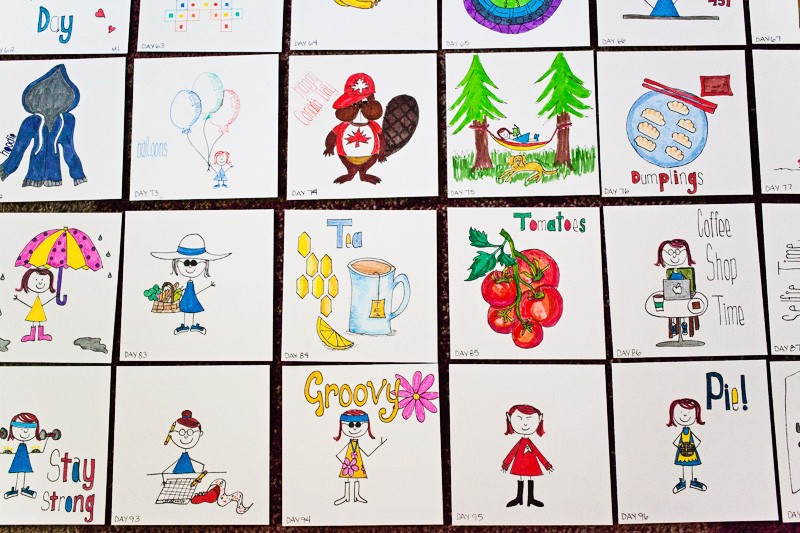 I originally said I did this to make it easier to travel but, I had other ideas in the back of my head as well: 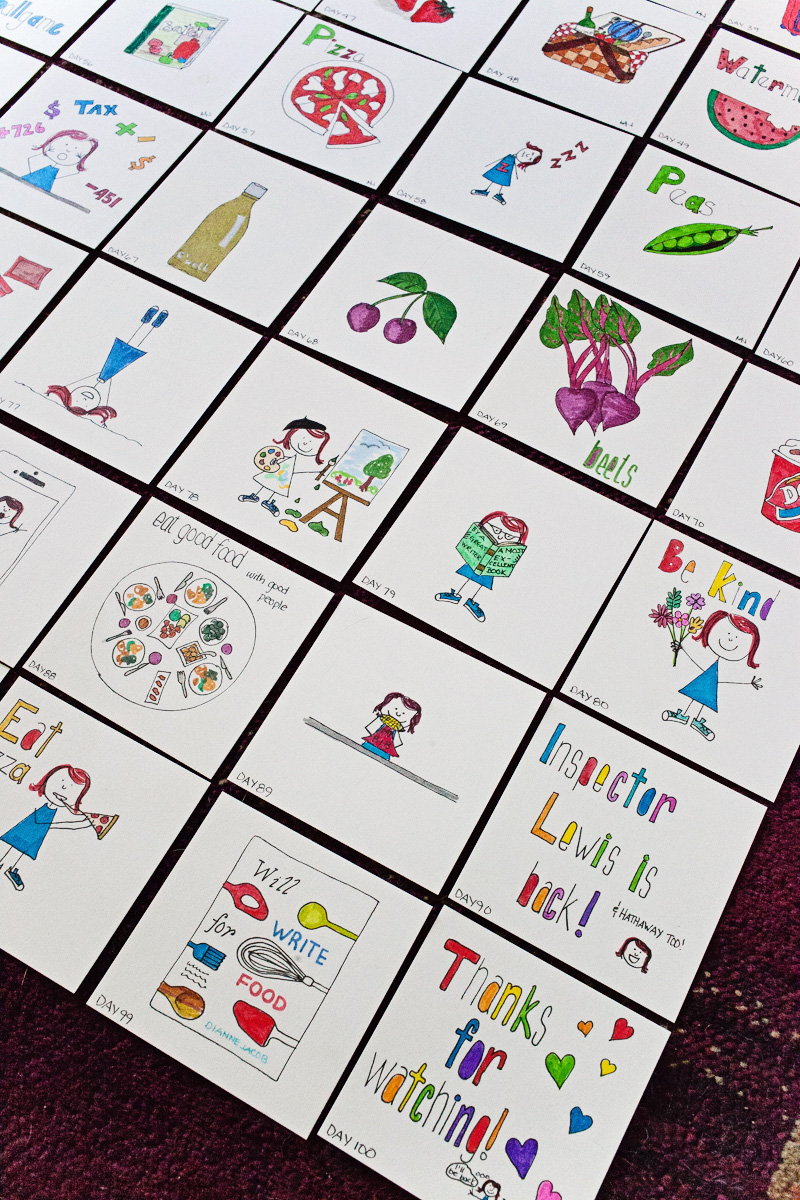 Miss Doodle, as I have affectionately named her, is the little mini-me that appears in many of my 10 minute doodles.  She first popped up in 2015 but she definitely made her presence felt much more this year.  She chopped off all her hair, just like I did.  She’s gone from a red dress to a blue one so that she could wear her blue chucks every day (as I pretty much do – although I rarely wear dresses). 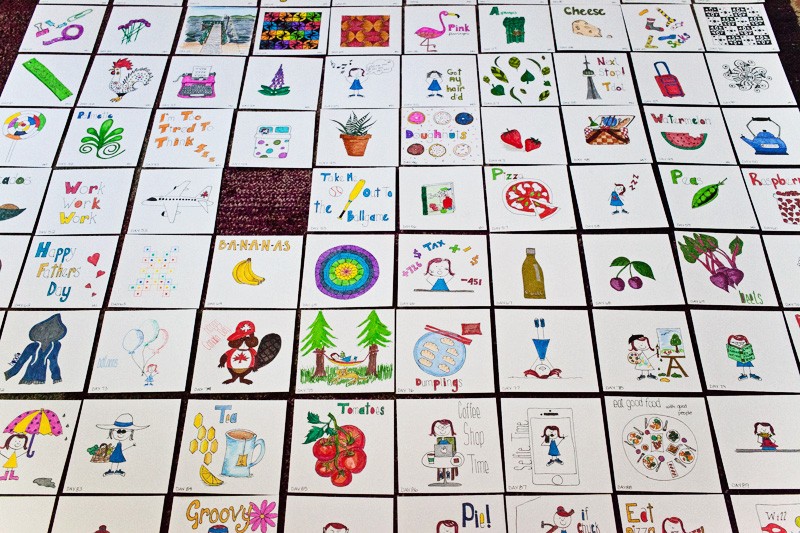 She’s become my little alter ego.  Overall, she’s a much brighter, light-hearted version of me but, generally speaking, we like a lot of the same things and go to a lot of the same places.  Her goal is simply to inject colour and happiness into people’s daily lives and I realized doing this year’s project, that really, that’s my goal too.  Life should be full of colour and creativity and fun.  And I’m at my very happiest when I am making that happen and when I can cheer other people up by sharing it with them.

Miss Doodle really brought that into clarity around the 60 day mark for me and she became even more prominent over the last 40 days.  So I have plans for her because frankly, she’s been asking for more things to do.  While I don’t think I’ll do another 100 Days till 2017, she will still pop up here, there and everywhere and I have a feeling, she may even wind up in a little book of her own – she has ideas, that one.  Big ideas!