This easy rice pudding recipe only takes a few minutes to put together and is so simple – especially if you have a rice cooker! 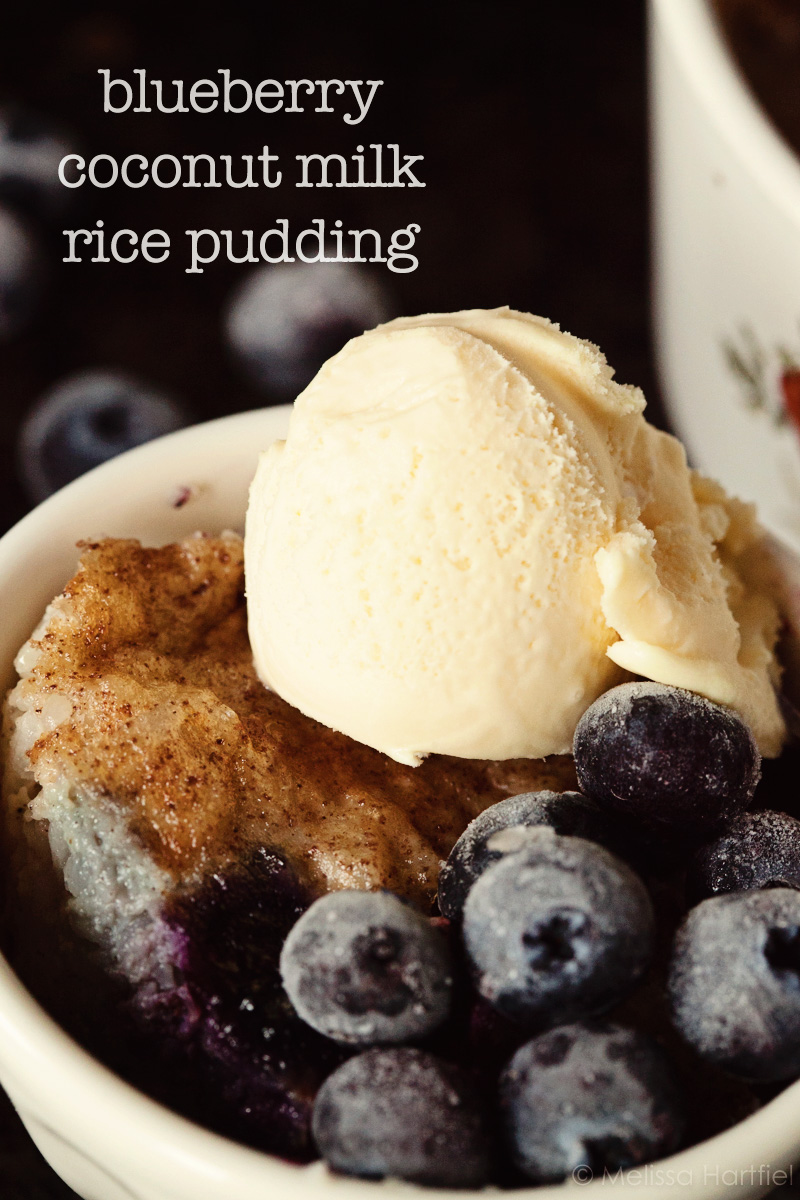 Childhood desserts… what’s your favourite? I don’t know if I can pick one but, the one I have been craving recently is my mom’s rice pudding recipe.

Rice pudding has been on my brain since visiting Vij’s Rangoli a few weeks ago for lunch with friends, where we rounded off our meal with Rangoli’s version of the dessert.  It took me right back to childhood!  But unlike my mom’s rice pudding recipe, this one also had the delicate flavour of coconut and cardamom (and you know cardamom is one of my favourite spices right now).  I knew I wanted to make a coconut rice pudding – probably with blueberries in it. 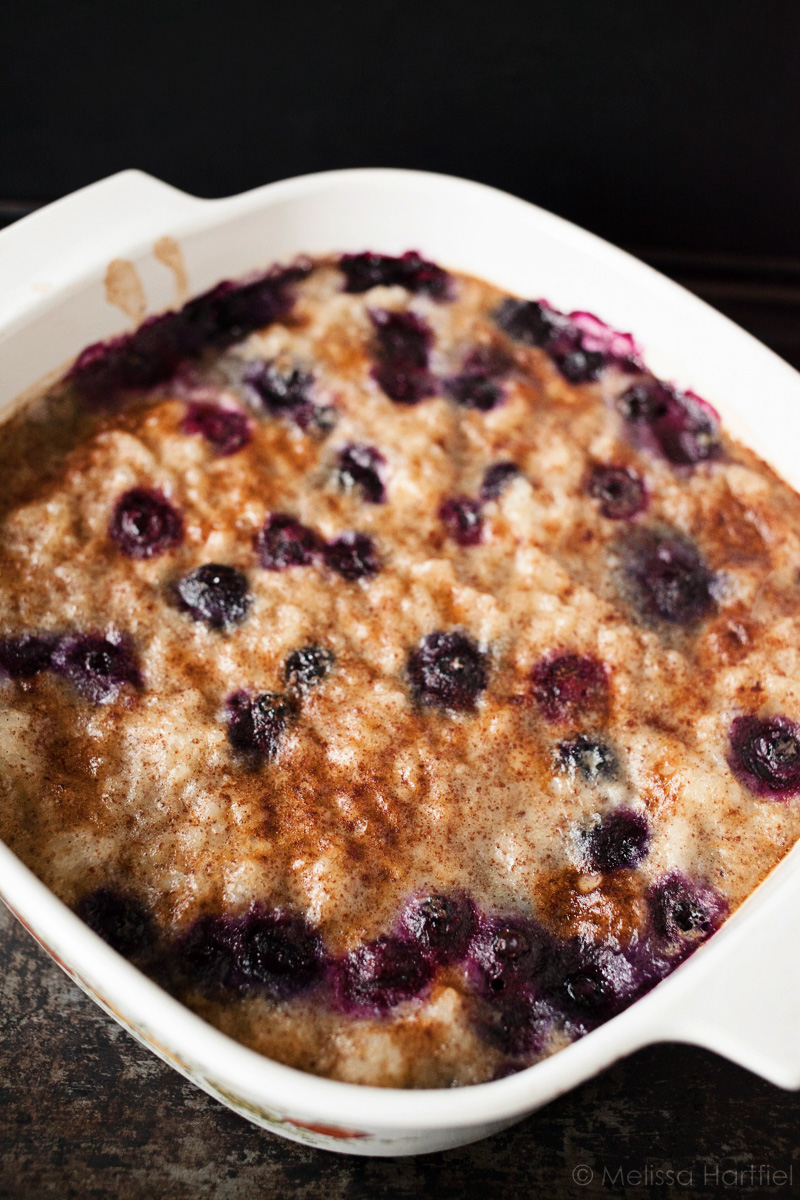 I could  not stop thinking about it and it actually had me on the hunt for my mom’s old recipe card box to try and find her rice pudding recipe.  I vividly remember her making it from an index card that she pinned to the range hood with a magnet, so she could refer to it quickly while putting it together.

Her recipe box was a disaster.  Nothing was filed where it should be and while the rice pudding recipe might be in there, it was going to take me a little while to unearth it.

So I sat down on the floor, pulled out every single recipe card and started organizing them.  It brought back a flood of memories – like my favourite potato chip cookies and Nanaimo Bars.  And a lot of inspiration for old childhood dishes I could recreate, update and tweak for this little space. 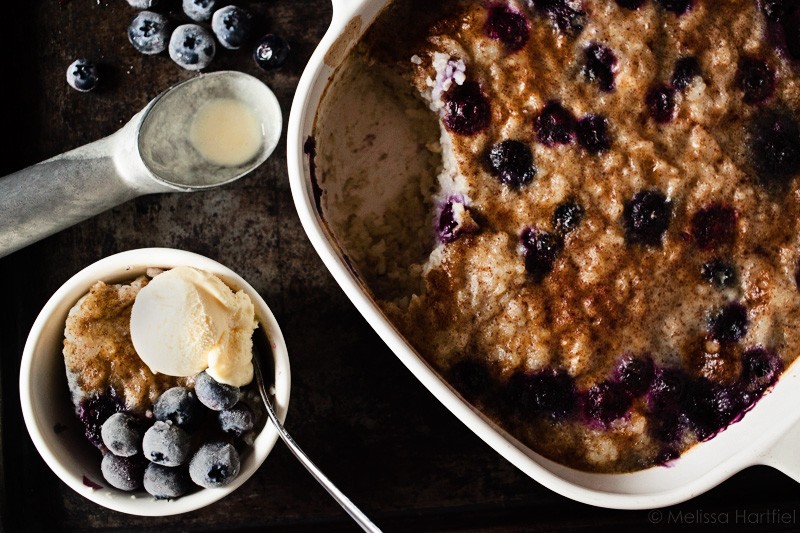 When I finally found the card I instantly understood why my mom made this particular recipe so often – it’s dead simple and has very little added sugar!  And I knew it would be even easier to update – the substitutions I had in mind would work perfectly.

The original recipe calls for milk and raisins but I wanted something with more of a summer feel.  So I knew I would substitute the raisins with some of my blueberries from the garden – I think blackberries or Saskatoon berries would be a great switch to make as well.  In fact, I ate the finished pudding with some Saskatoon Berry sorbet and it was divine!

While the recipe requires 2 cups of milk, I wanted that delicate coconut flavour so I subbed the milk with a 400ml can of coconut milk and topped it up with 2% milk to make a full two cups of liquid. 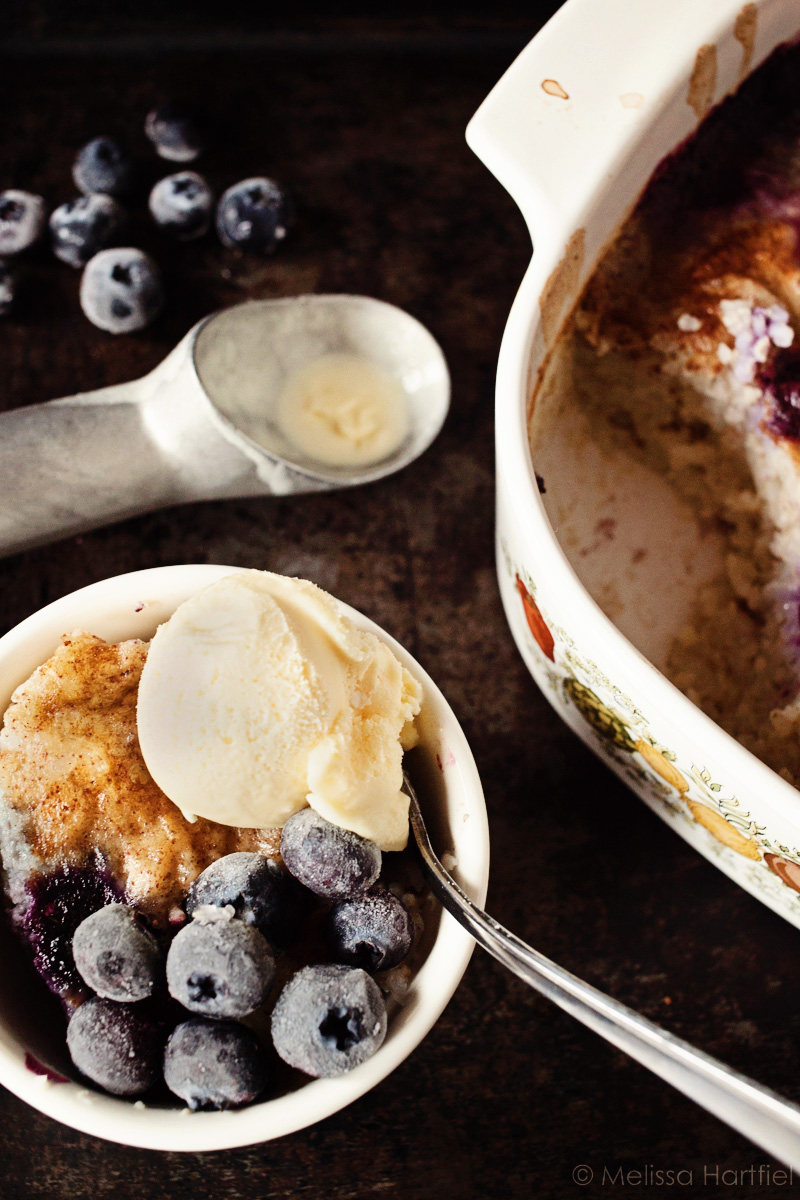 You’ll need 2 1/2 cups of cooked rice which you can easily make the next time you make rice for dinner – just make enough extra to use for the pudding.  If you have a rice cooker, it’s so easy to make a few cups of rice while you go do other things (I sat and read China Rich Girlfriend while the rice cooked, which, by the way, is a perfect summer chick lit read!  I devoured the first book, Crazy Rich Asians, in two sittings, staying up until 3am to finish it – something I haven’t done with a book in years!)

As a kid, I always preferred to eat this warm with a scoop of ice cream.  I still prefer it that way – and I even add an additional sprinkle of frozen blueberries.  I love the concentrated extra flavour of frozen fruit as it starts to defrost on the warm pudding. And I’m not going to lie… I have been known to eat this for breakfast as well!

Print
Prep time
5 mins
Cook time
35 mins
Total time
40 mins
Easy rice pudding with a hint of coconut and cardamom and the sweet/tart tang of blueberries
Recipe type: Dessert
Serves: 6-8
Ingredients
Instructions
3.5.3208
319shares
A Visit to Windset Farm: Tomatoes and Cucumbers and Peppers! Oh My!
Inside My Studio: 100 Day Project 2016 Is In The Books