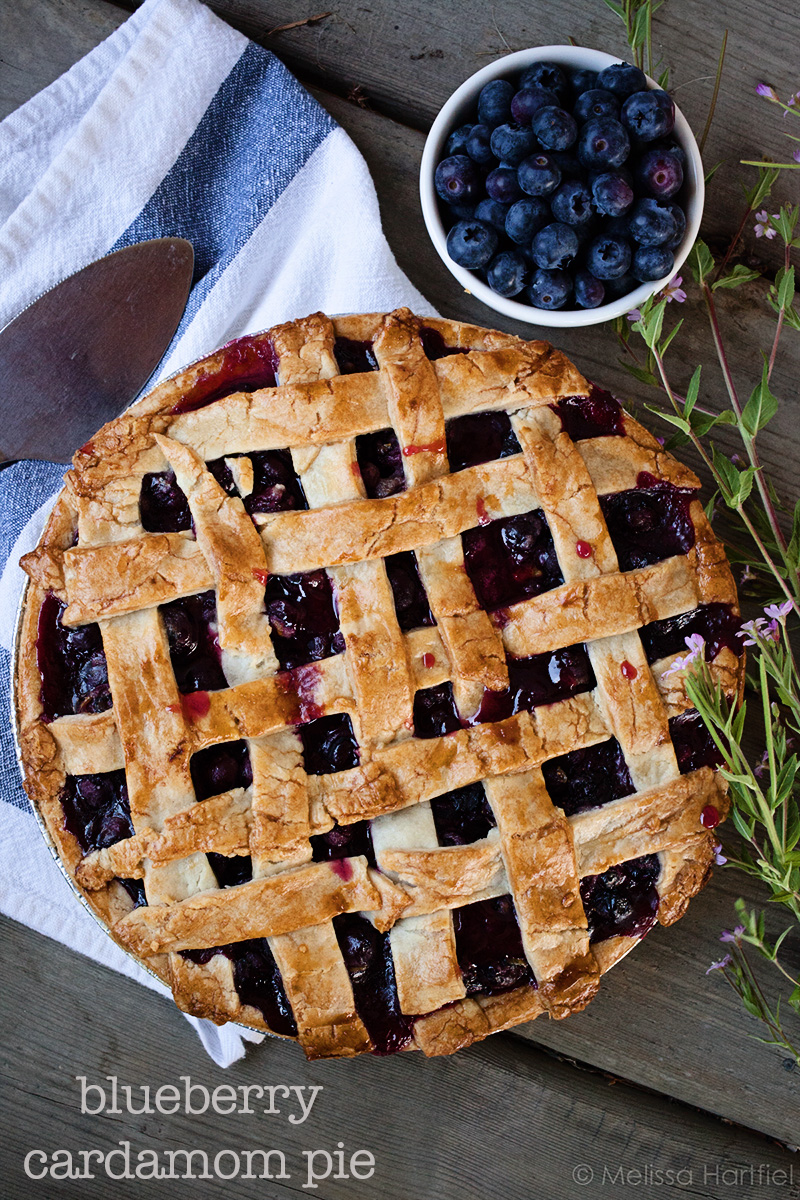 In my backyard, I have four blueberry bushes.  Three of them produce a small handful of berries every year.  Just enough to toss in some yogurt or on my morning granola.  Or just eat while I’m picking.

The fourth bush, is a power producer.  It produces enough berries most years to make a few smoothies or a couple of batches of blueberry muffins.

This year, it went into overdrive.  I don’t know why.  I get asked about it every year.  It’s well over 10 years old so it’s not like it has just reached its maturity.  I didn’t do anything to it.  And it’s treated exactly like the other three bushes. 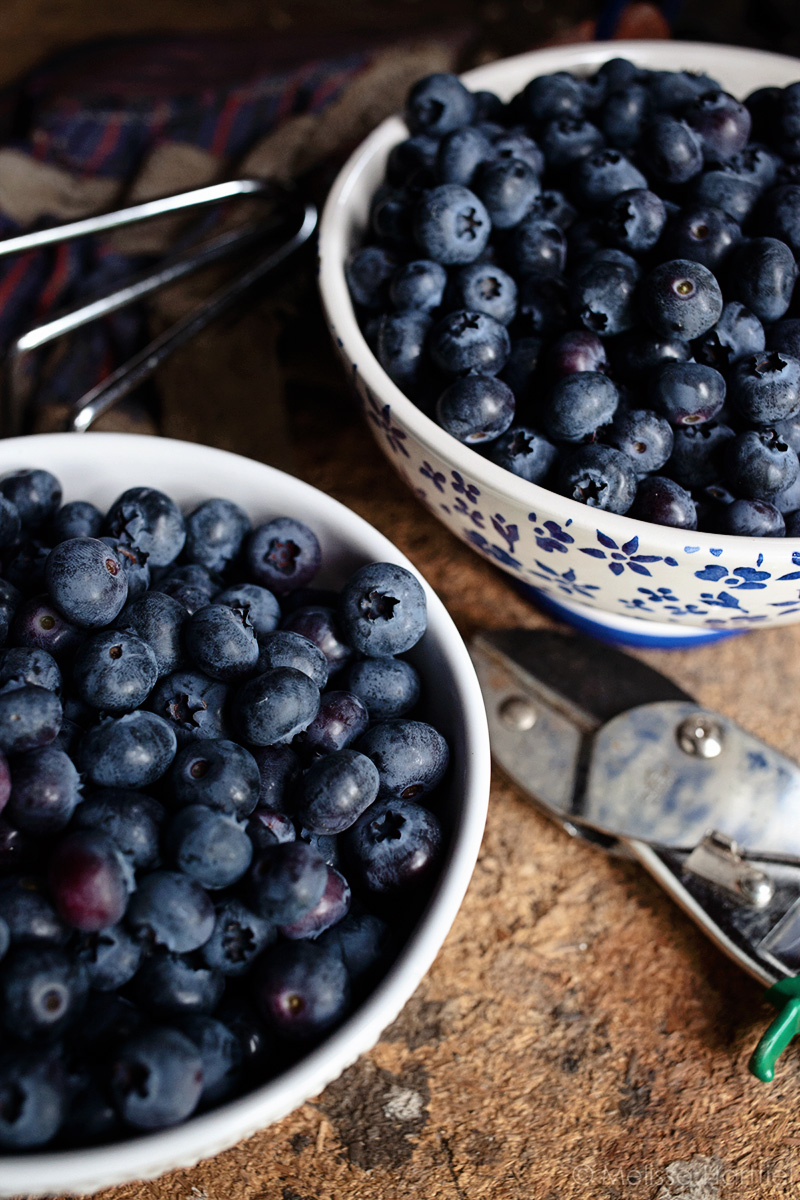 There were so may berries on it that the branches were sagging – even drooping into the grass below it and getting caught up in it.  I picked a few times and made some morning smoothies as per usual.

But, then, the motherload ripened and on Friday night, I picked two big bowls full.  I suspected, but wasn’t sure, that I might have enough for a pie!  This is only the second time I’ve collected enough to make a pie and the first time where I’ve had enough to make a pie plus… more stuff!  And there’s still a lot more berries out there waiting to be picked. 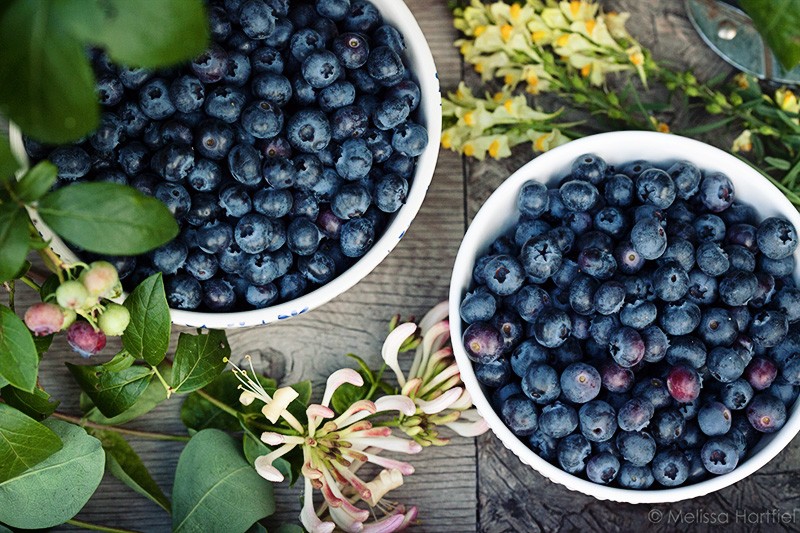 There is something about picking your own berries – it’s very satisfying.  Blueberries are my favourite to pick because they’re quite sturdy, unlike raspberries or blackberries – and there aren’t any thorns to scratch you or get stuck in your fingers.

I always pick berries in my bare feet at home.  Not the smartest thing to do because wasps tend to hover around below going after overripe fruit that’s fallen.  I’ve been stung more than once.  But I love the feel of the grass or the warm dirt in my toes.  And berries smell different when they’ve been soaked with warm sunshine.  I always pick just before twilight when it’s cooled off a bit and the glare isn’t so harsh and you can see all the rogue berries hiding.  But the scent from the afternoon sun is still there – it’s something you don’t get when you buy them at the grocery store or even the farmers market.  It’s very heady and in the height of the day, can be almost dizzying! 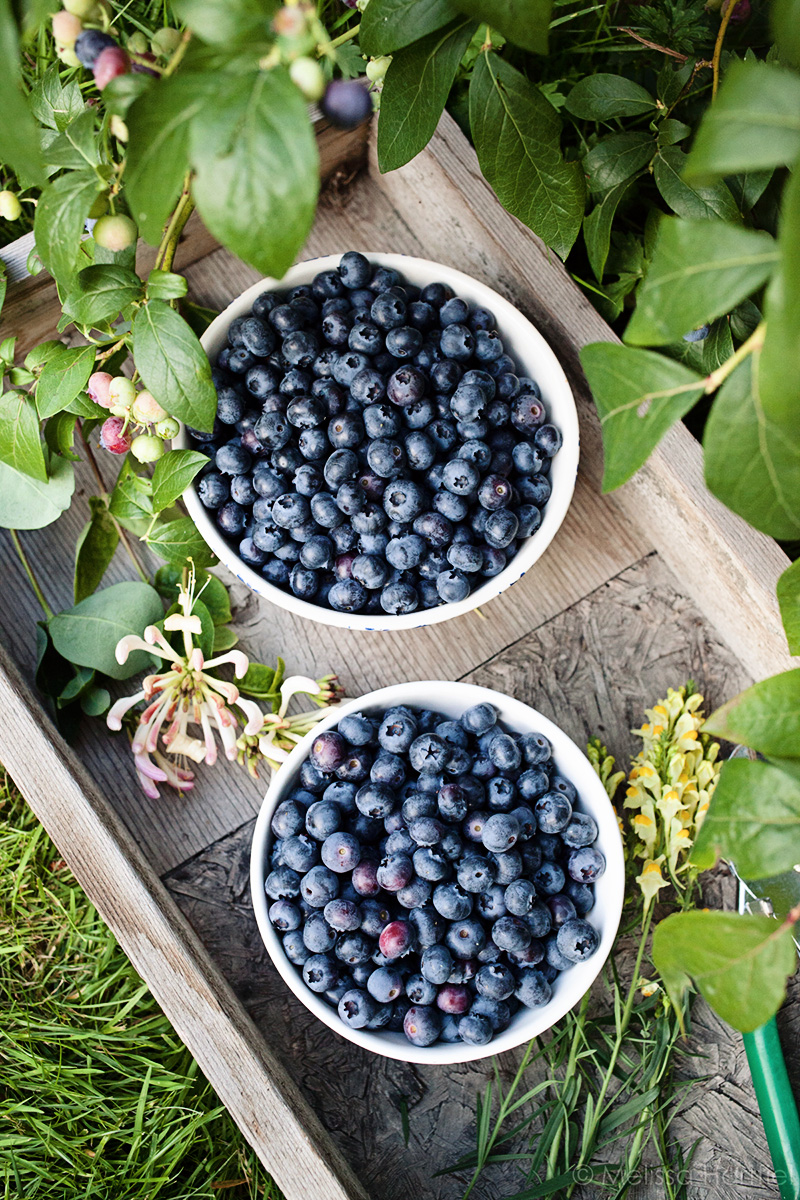 So pie it would be.  I’ve made a simple blueberry pie here on the blog before but I decided to take it up a notch with this version because I have a confession… I’m in love with cardamom.

Cardamom is such a neglected and under appreciated spice. But it really adds another dimension of flavour to fruit.  I’ve used it in my rhubarb maple crisp and last summer, I had the chance to make pie with Janice from Kitchen Heals Soul while I was visiting Montreal.  We made a simply delicious maple apple cardamom pie.

Which reminds me… did I ever tell you about my pie making experience with Janice?? Jan taught me how to make pastry – which if you’ve followed along for a while here, you know is my absolute nemesis in the kitchen! It actually turned out really well.  I’ll have to write about that another time!

I did not, however, make my own pie crust this time.  It was too hot for that kind of nonsense!  But it still tasted delicious! 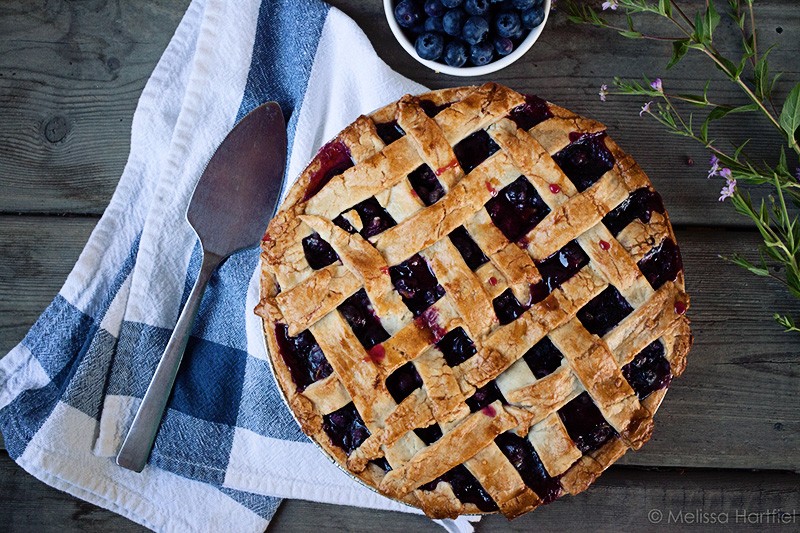 Print
Prep time
5 mins
Cook time
1 hour
Total time
1 hour 5 mins
Recipe type: Dessert
Serves: 1 pie - 8 slices
Ingredients
Instructions
Notes
1. I always place my pie on a pizza tray before putting in the oven because the bubbling juices will bubble over. The tray catches them rather than having them turn into an awful mess on the bottom of your oven
2. Check the pie often during the last 15-20 minutes of baking. If it looks like the crust edges are going to burn before the filling is cooked, you can wrap them in tin foil for the remaining time. I hate burnt bits of pastry!
3.5.3208

28shares
Inside My Studio: The Art of Repetition and Practice
A Visit to Windset Farm: Tomatoes and Cucumbers and Peppers! Oh My!