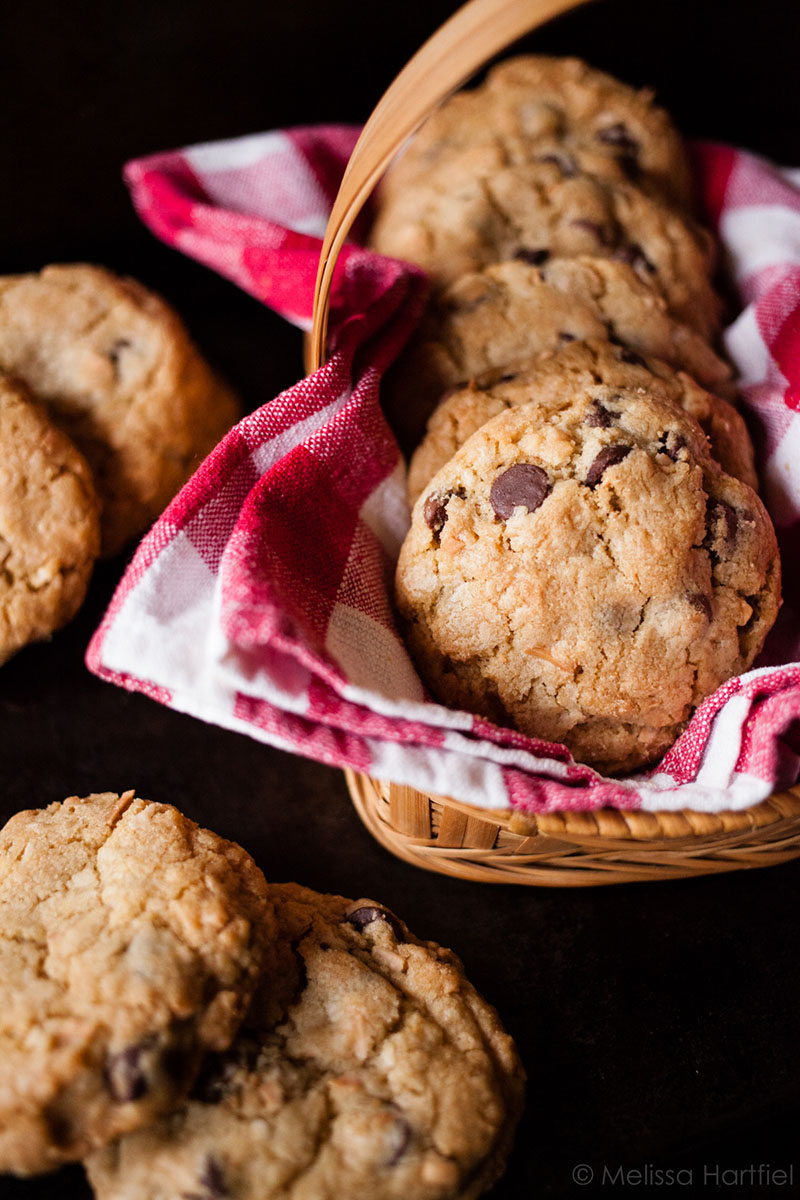 Of course, Jerry’s black and white cookie episode didn’t exactly work out for him, if y’all remember correctly.  But cookies definitely are my emotional eating food of choice.

My cookie production has slowed down dramatically over the last year, mainly because cookies are my easy go to comfort food when I don’t have time to make Mac n Cheese.  And I’ll just wind up eating the whole batch – even if I freeze them.  And I really don’t need more than one or two cookies in any given week.

I’m not sure how much I’ve updated on lately.  Probably not a lot.  SamTheDog has been battling a bad limp stemming from his front right leg/shoulder.  It has resulted in a lot of vet appointments and a lot of changes to his routine (and mine).  Almost three months later and we’re finally getting back to normal.  Thankfully.

To this day, we’re still not sure what caused the problem.  All his x-rays came back great.  No breaks, no growths, no arthritis.  So the diagnosis was a soft tissue injury – possibly the doggie equivalent of a rotator cuff problem – which I think he got from slipping on wet grass while chasing a ball. 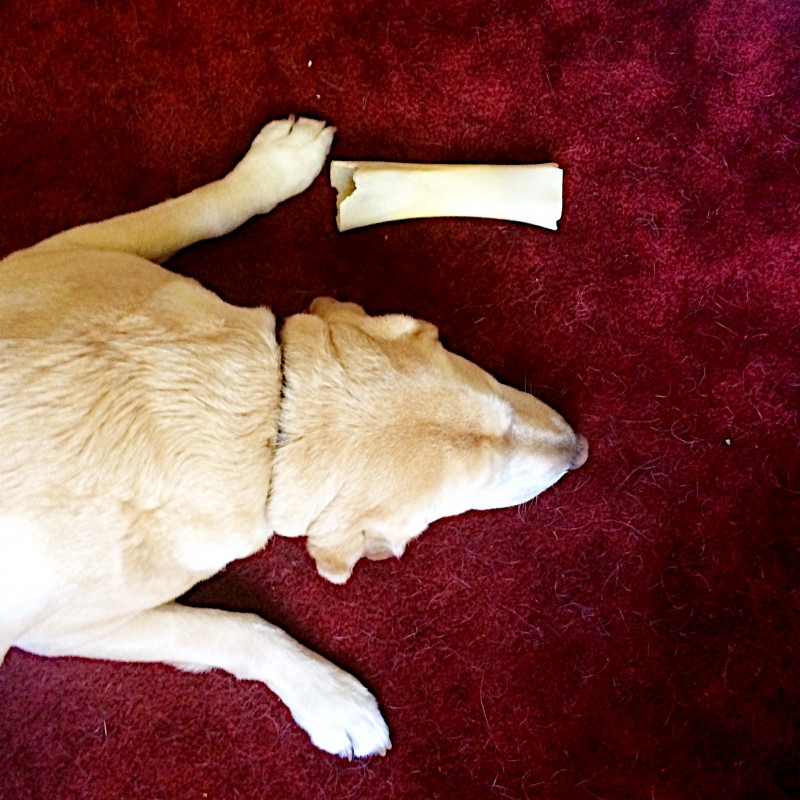 It meant he was on restricted activity for nearly two months – no stairs, no walks, no going outside unless he was on a leash, no rowdy play… all Sam’s favourite things.  The worst part was him being relegated to the basement.  He thought he was being punished, no matter how much time we spent with him (I set up a makeshift office downstairs so I could be with him during the day, and tried to do as much stuff as I could in the basement but he still didn’t understand, poor guy!).  It also meant a new diet to help him lose weight to take some of the strain off his leg. It’s also supposed to help support his mobility issues  So, no playing, no treats, no walks… all equals NO FUN!

He also started a series of Cartrophen injections and they were brilliant! The vet warned us they don’t always work but at $20 an injection it was a much cheaper option than going to a specialist for an MRI.  He had 4 weekly shots and after the first one, I was feeling really dejected because I didn’t see any difference.

But two days after the second one his limp dramatically improved.  And by the end of the series, it had completely disappeared.  So now he’ll go for top ups as needed.  Hopefully once every 3 -4 months… maybe even every six months. 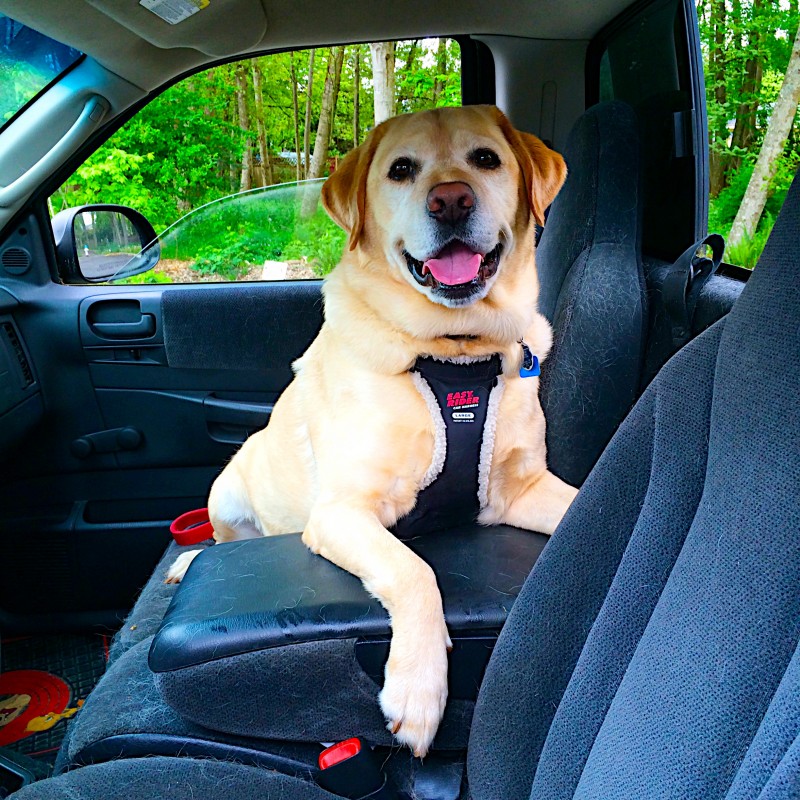 Our first day back at the park meant a very very happy doggie! Even if we had to drive there.

And after being completely immobile for two months, he is in terrible shape.  So we’re slowly rehabbing to get him back to his normal activity levels without re-injuring his leg.  We’re now walking around our favourite trail once a day – we have to drive to the trail but he can make it all the way round now.  And we’re playing a little bit of frisbee a couple of times a week in the backyard.  The walking is fine, running is fine but playing fetch or frisbee make me nervous because that’s when he starts skidding around and doing all kinds of lateral movement.  So, slowly we go!

And now that we’re walking again, I felt like I could indulge in a batch of cookies! 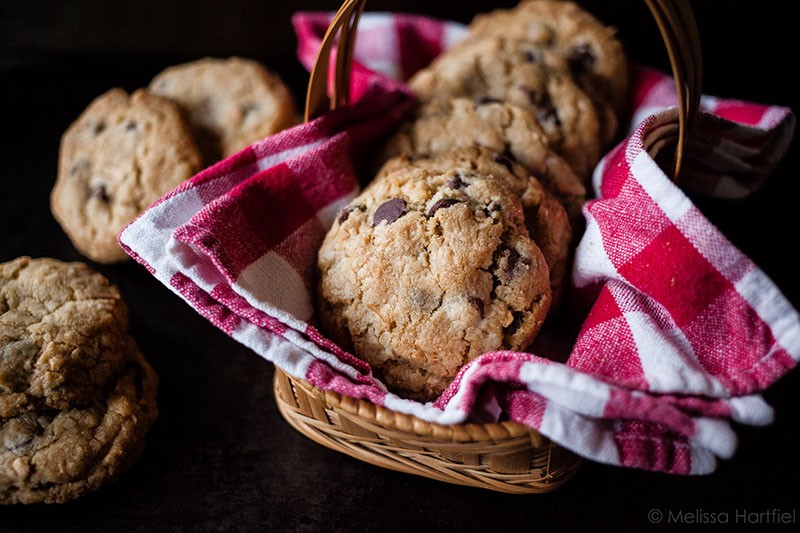 These are a classic chocolate chip cookie with toasted coconut added in. I don’t like nuts in cookies but I do love coconut so toasted coconut is my concession to adding nuts into my cookies!

If you need help toasting coconut, check out my recipe for Blueberry Coconut Tarts for instructions – but it’s super easy and really quick – so quick you’ll want to watch carefully so you don’t burn it and have to throw it out!

They’re delicious warm, when the chocolate is still gooey and melty but, I also love them frozen – it really makes the coconut flavour burst in your mouth!

If you’ve got some leftover toasted coconut, here’s a few more of my recipes that use this delicious ingredient!

221shares
The 100 Day Project 2016 Edition
Inside My Studio: The Art of Repetition and Practice