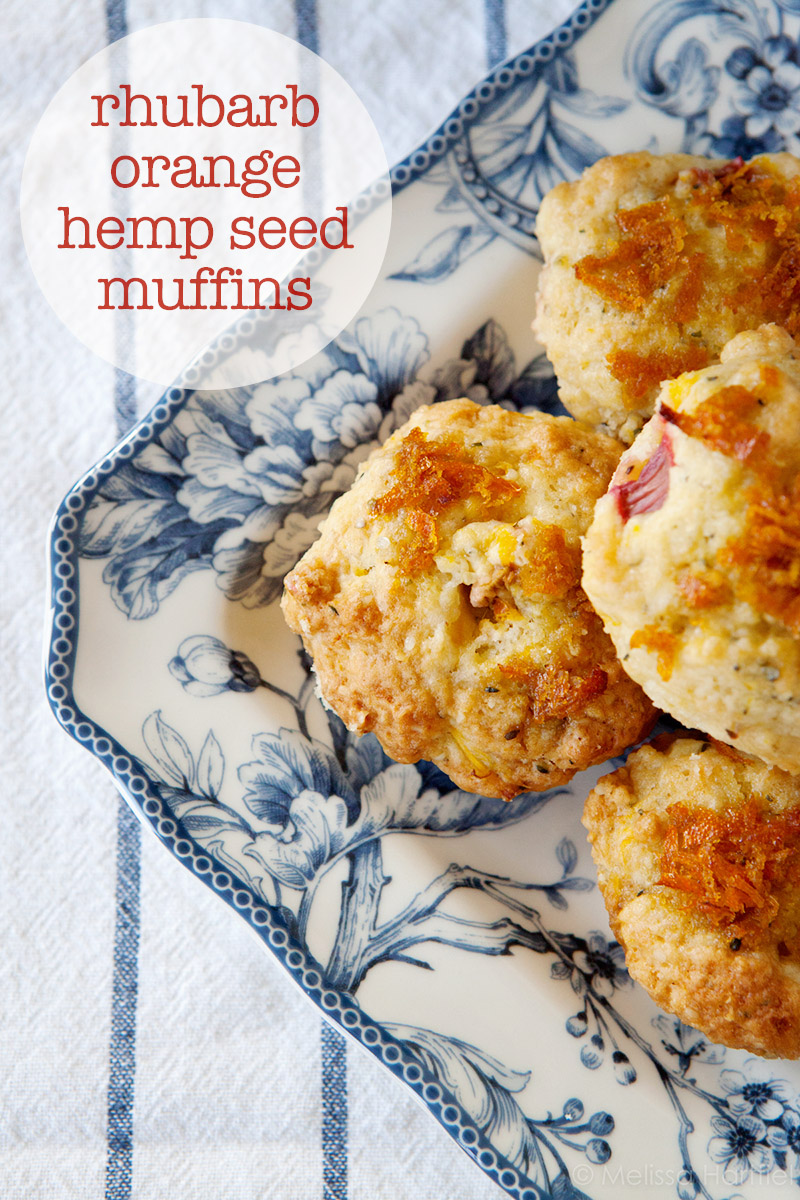 Rhubarb has arrived.  For a short time only!

It’s been ridiculously early this year, as has everything else.  But I don’t mind because I’m tired of eating mealy apples and bananas.  I am ready for fresh produce to start rolling in and a little extra variety in my refrigerator.  Because I hate mealy apples. If an apple isn’t crisp and doesn’t have that satisfying juicy crunch when you bite into it, it’s just not worth it. 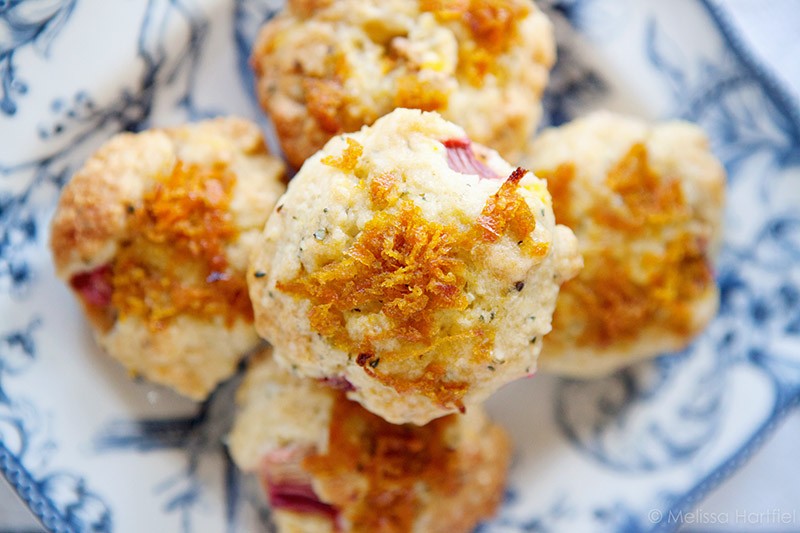 These muffins are a twist on a previous rhubarb muffin recipe that I make often.  And I actually made them with the last of my frozen rhubarb from last year that I wanted to use up before I started harvesting fresh stalks from the garden.  But I’ve never baked with hemp seeds before.  In fact, up until six months ago, I had never even tried hemp seeds and after hearing so many of the health benefits from adding them to your diet,  I wanted to see what they were like.

I’ve been tossing them into my morning green smoothies – alternating between chia and hemp.   I like that hemp seeds add a certain natural nutty sweetness to the smoothies, so I thought a muffin would be a good first try for incorporating them into baking.

And as I mentioned, this is a recipe I’ve made often, except with coconut instead of hemp seeds.  The difference the swap made to the flavour was very noticeable.  Coconut is quite sweet when it’s toasted so I didn’t feel that any sweetness was lost but the hemp seeds did add a really nice, new flavour – a little bit nutty and earthy.  I really enjoyed it and will start using them more in baking. 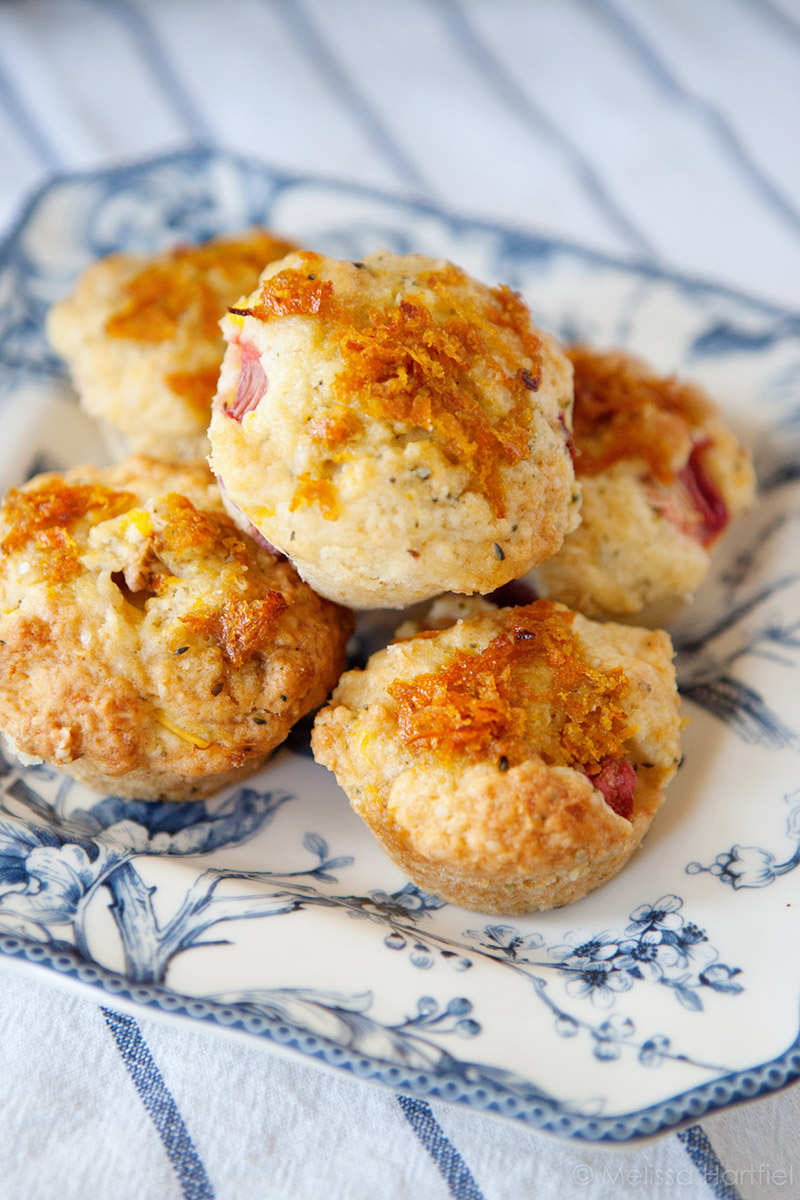 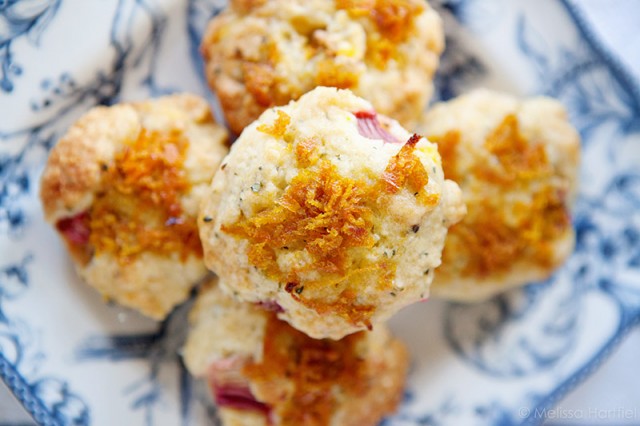