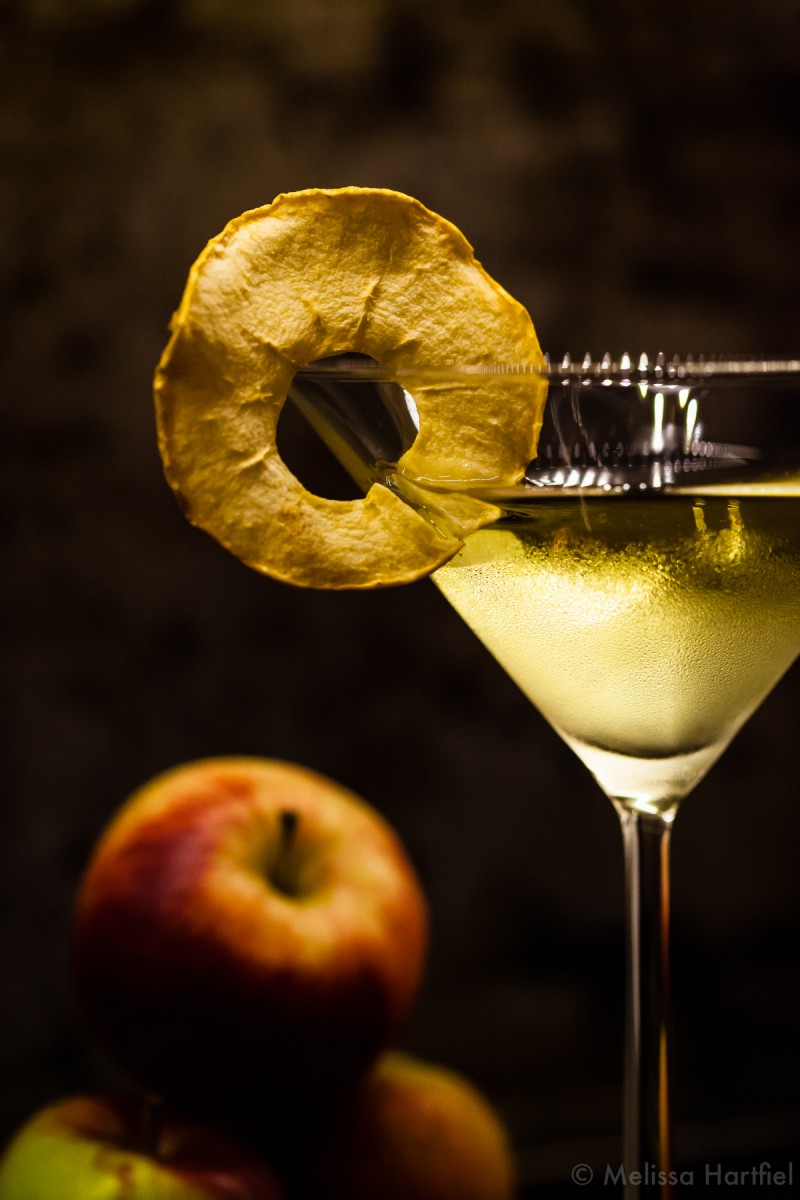 A few week’s ago, I headed out to hang with my friends Donnie Vegas and Blondie.  You may remember them from the Boston Wallbanger invention or the Pirate Treasure Chest Cake.  We had so much fun that night that we’d been trying for a while to find another night to get together and create more cocktails – and this time it was an adaptation of the Polish cocktail, The Apple Pie.

Getting together to make cocktails is little more complicated than it might seem – they’re too far away to get to without driving and, well, creating and testing cocktails – at least the way we do it – usually means that nobody is in any shape to drive anywhere afterwards.  So the night usually  ends with me fast asleep on their remarkably comfy couch (seriously… I’m always offered a bed but I dig that couch!).

This year I knew I wanted to do something more seasonal than beer.  I was thinking pears or cinnamon.  Maybe peppermint.

We did some browsing on the internet and Don found some things he wanted to try, just because.  I was still focused on pears and so we hit up the grocery store and got the usual suspects – citrus fruits, mixers, sweet chilli Doritos (because… you know… sweet chilli Doritos!) and pears.

In the end, we decided we had to have some focus.  I’m a big fan of simple syrups for drinks, like my Simple Apple Syrup or Strawberry Chocolate Syrup, and we thought the best way to focus for holiday cocktails was to pick a syrup flavour and build around that.  So we went with a cinnamon syrup, which Blondie made while we were grocery shopping.

The first cocktail we decided to try was the Polish Apple Pie cocktail – mainly because it seemed a great and easy way to warm up for the evening.  It’s just vodka and apple juice! 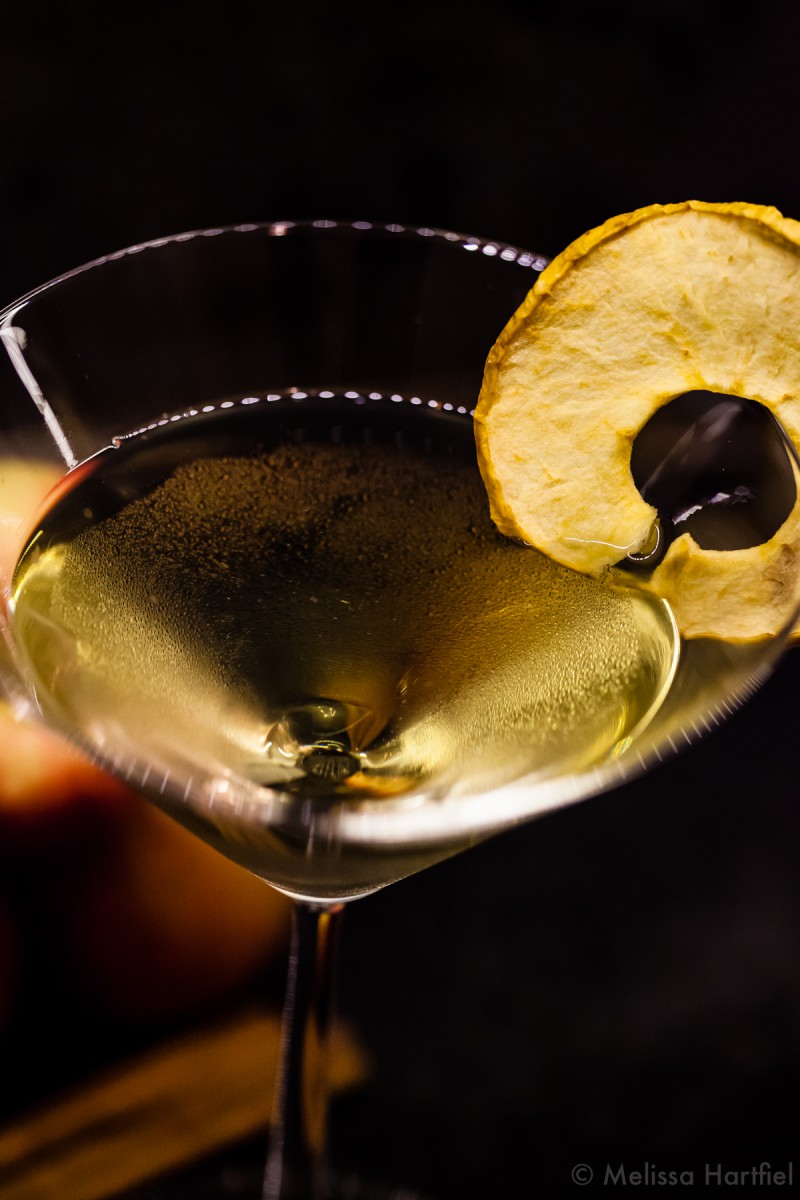 So we mixed it up and… meh.  We were completely underwhelmed.  So we added the cinnamon simple syrup and voila! We had a very interesting, easy and delicious cocktail that would be perfect for the holiday season – somewhat reminiscent of mulled wine or an apple cider.

Interestingly, last week I was in Ontario for the 40th birthday of a very old friend of mine who just happens to be Polish.  I was helping him shop for party food the night before and he picked up a giant container of apple juice.  I asked why and he said it was for Apple Pie drinks (or Szarlotka as it’s called in Polish – literally meaning apple pie) and I told him how I’d tried making an Apple Pie a few weeks earlier and had been a little disappointed.  Turns out, that you have to use a very specific type of Polish vodka, Żubrówka Bison Grass,  to get the proper flavour!   Now we know!

I’m guessing most of you, especially if you’re American, don’t have Żubrówka in your liquor cabinet (it’s distributed as ZU in the US and is made slightly differently) unless you’re Polish, but you do have a favourite vodka in stock.  So this is a great way to create an Apple Pie cocktail with what you have in your liquor cabinet and give it a little cinnamon twist.

Simple syrups are so easy to make and really worth experimenting with.  It’s simply 1 part water to 1 part sugar and your flavour of choice simmered until the sugar is dissolved and the flavour is infused.  They can keep for up to two weeks sealed tightly in the fridge.  I’ve made mine last longer by adding a teaspoon of vodka before storing them.  So they’re easy to make and store and you can easily have a variety on hand before a party without a big time energy investment!

The rest of our experiments really didn’t result in anything we were too excited about – at least not enough to blog about ;).  But this is one I will definitely make again and again!