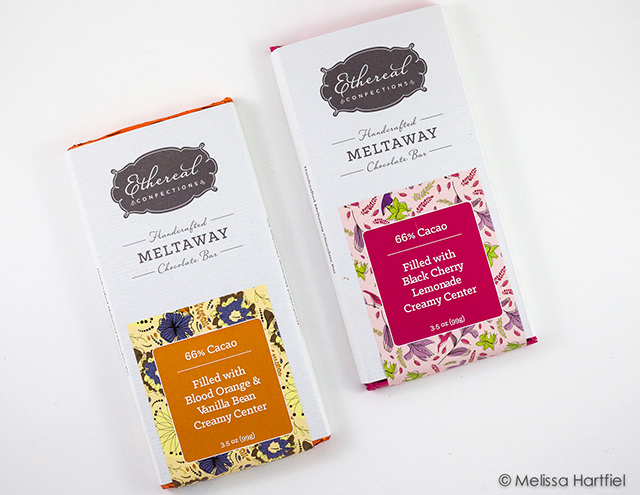 There is a lovely little chocolate shop in Vancouver that I always forget is there, except when I’m nowhere near it.  It’s called Xoxolat and lives in Yaletown on Homer Street.  Every time I go in, I spend way too much money and come home with far too much chocolate.  It’s probably just as well that I don’t go in very often!

On my last stop, a few weeks ago, I bought two bars from Ethereal Confections.  This was the first time I had come across Ethereal bars and I’m not going to lie. I was totally suckered in by the packaging. 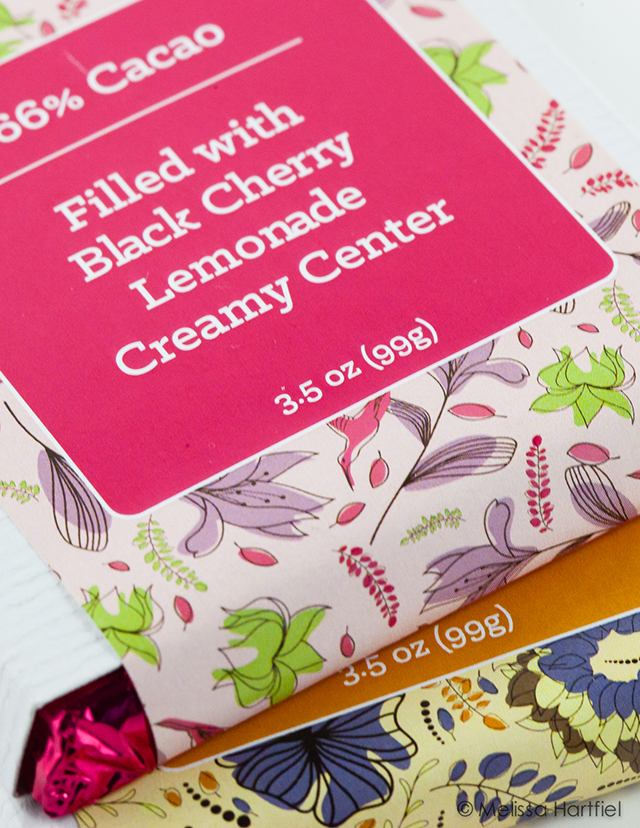 I mean, come on… look at them! They’re beautiful.  I love the illustrated flora on the labels and the colours were incredibly light, bright and cheerful on a terribly depressing, grey, rainy Vancouver afternoon.

Ethereal is based out of Illinois and they make a variety of chocolates, truffles and bars, including single origin, inclusion, and meltaway bars.  I purchased two of the meltaway bars filled with a black cherry lemonade creamy centre and blood orange vanilla bean centre.  Both bars are 66% cocoa. 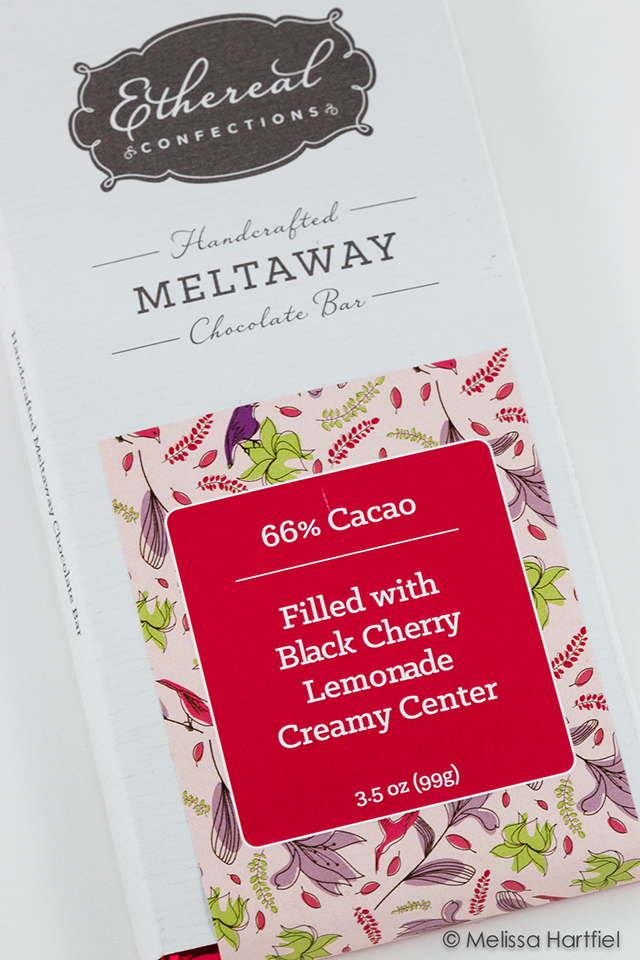 I started with the black cherry bar and I’ll confess, I was a little disappointed.  I was really excited about both bars, but I bought them for the centres as much as I did for the chocolate.  The chocolate itself was nice with a smooth and creamy texture.  I like the 66% cocoa level.  It’s not too sweet, not too bitter.   I think this is my preferred dark chocolate cocoa content. 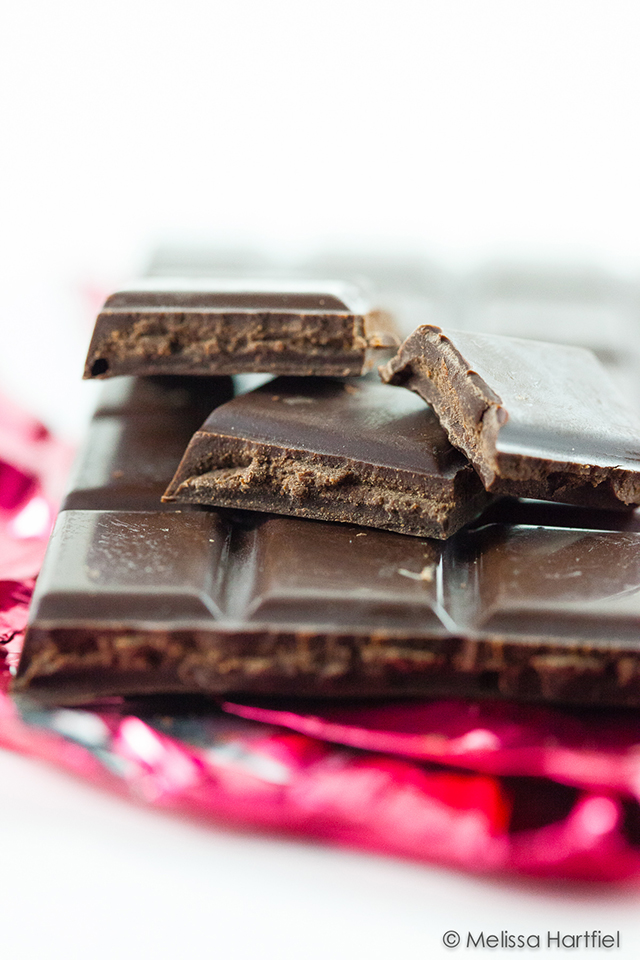 But the flavour in the filling was so subtle that I wouldn’t have been able to distinguish what it was if I hadn’t known.  After my first taste, I tried letting a whole piece melt on my tongue really slowly and then the cherry notes started to come out.  It took a bit longer for me to get the lemon flavour but I did.  I prefer bold flavours so I’m not sure if this is the bar for me.

I’m seriously tempted to put the rest of the bar in the freezer and see if the flavour pops more as it melts! 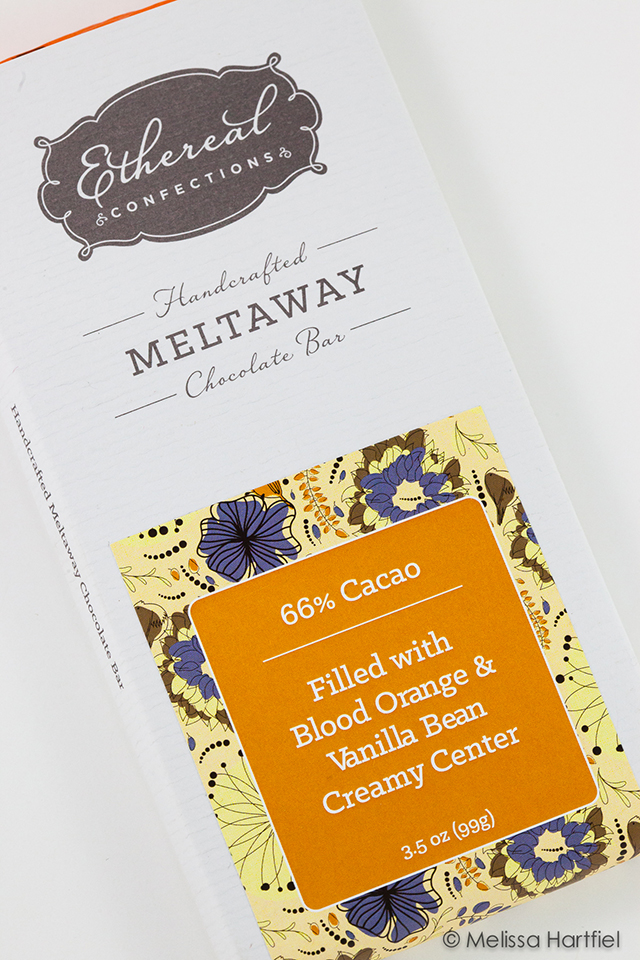 The second bar was the blood orange and vanilla bean and I love this one!  After I tried the cherry bar, I checked out Ethereal’s website to learn more about the bars and the fillings.  The centres of both bars are created from naturally infused olive oils and vinegars and so I thought that might have been why the flavour was so subtle and I expected this bar to be similar. 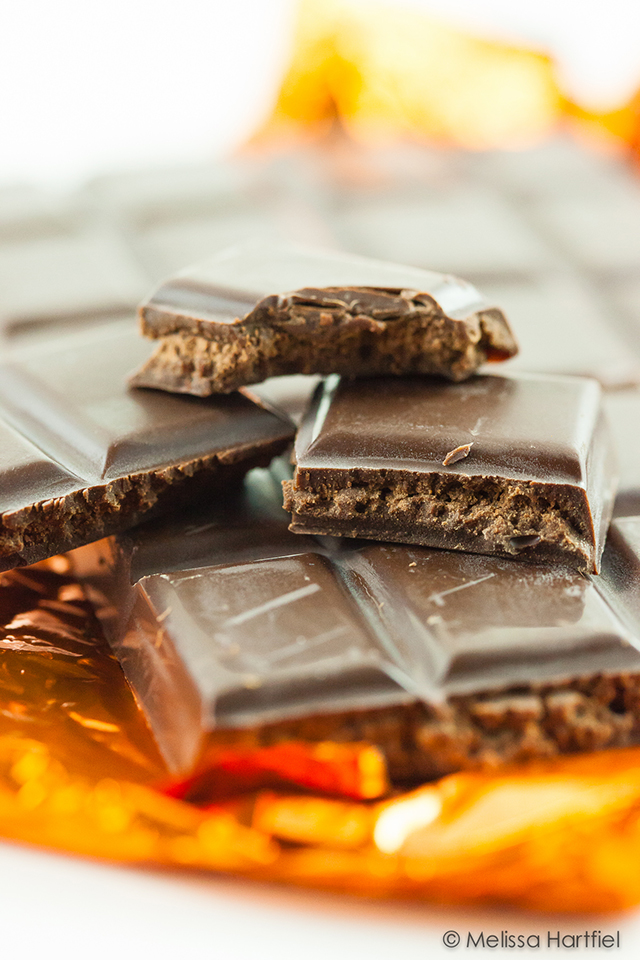 Next time I stop in at Xoxolat I will be trying a few of Ethereal’s inclusion bars – they look delicious and beautiful.

If you’re in Yaletown, be sure to stop by Xoxolat and take a look around – they offer chocolate tasting, have their own line of chocolates and carry a wide selection of Canadian and imported bars that I haven’t seen anywhere else in the city.  It’s definitely a treat!