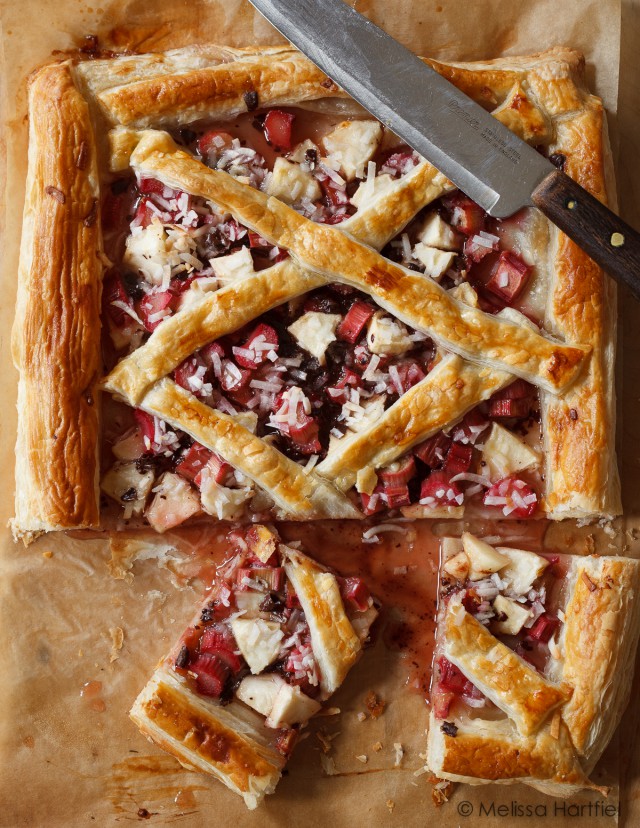 As quickly as it comes, rhubarb season leaves and so, this is my second but also my last rhubarb post of the year.  Last week’s rhubarb apple crisp was so highly rated in this household that I decided to work with the rhubarb apple combo again for this tart. 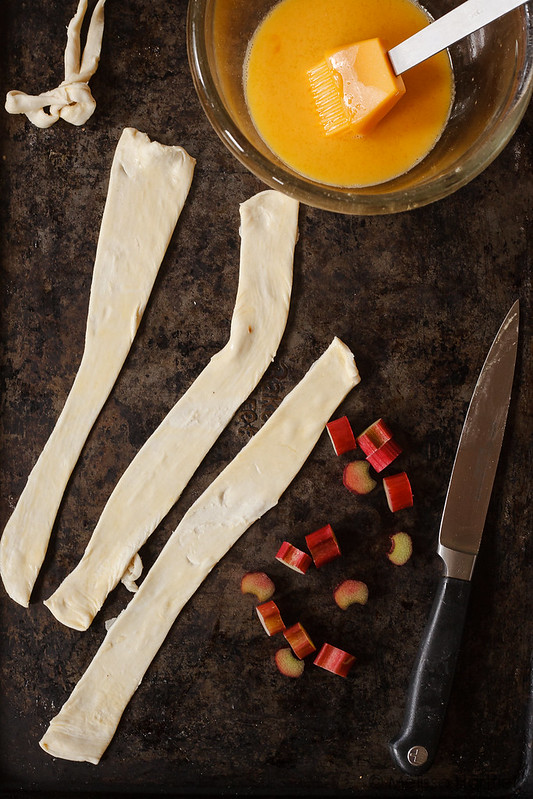 The tart itself was inspired by a rhubarb white chocolate almond tart I saw in Edible Vancouver Magazine several week’s ago before my rhubarb was ready to pick.  I tucked it away to pull out when the rhubarb was good to go. 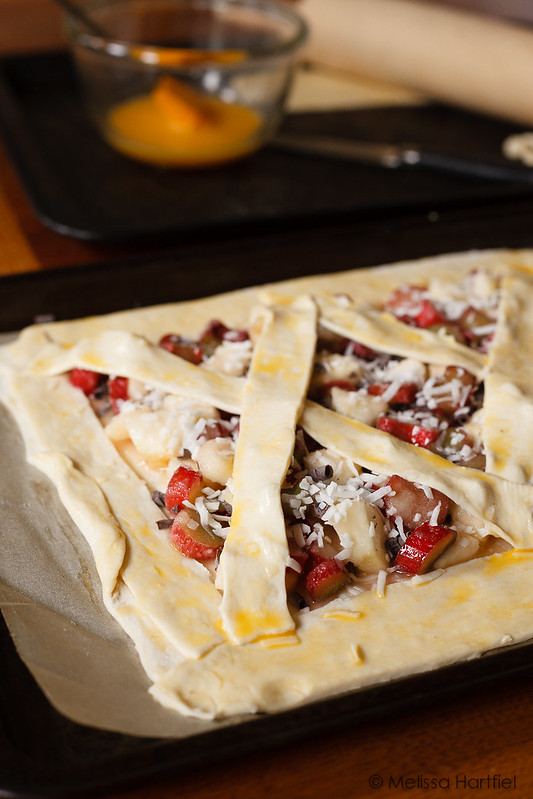 I made quite a few changes, subbing dark chocolate for white, adding apples and swapping toasted coconut for almonds.   I also had an idea that pistachios would make a really pretty alternative to almonds or coconut.  But I didn’t have any on hand so coconut it was. 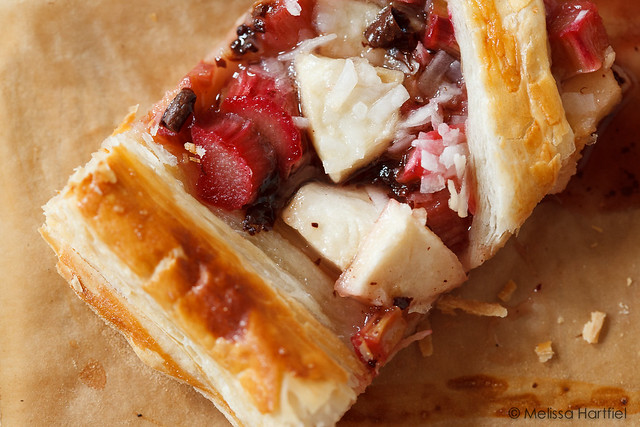 The flavours of this tart turned out wonderfully.  Sweet and tart but not too much of one or the other.  I think if I had made it with the white chocolate as originally suggested I would have found it too sweet for my taste.  It was also very juicy! I think a little more cornstarch or flour might have helped than the 1tbsp the original recipe called for.  No matter – you’ll just want to eat this one up quickly! 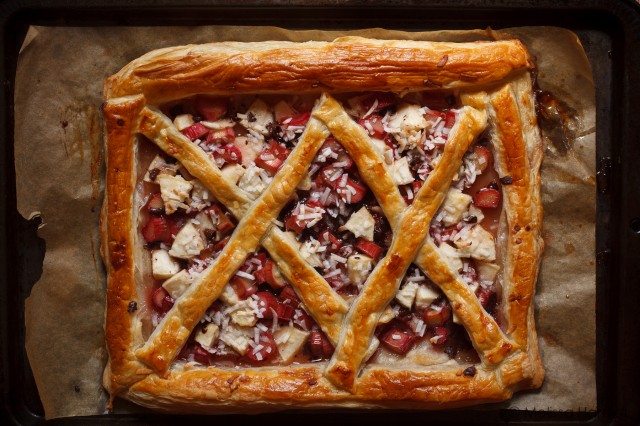