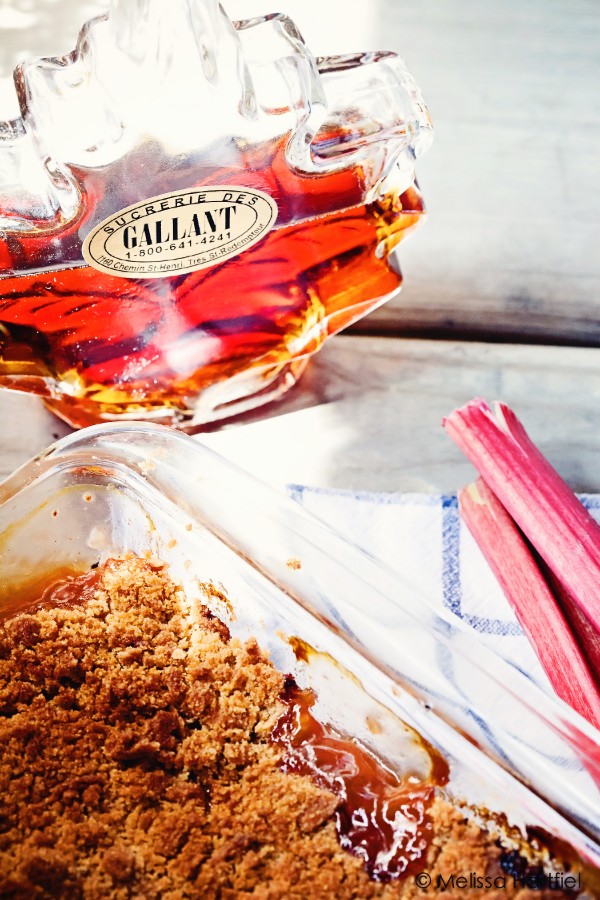 I forgot about my rhubarb patch this spring.

Well, not “forgot” exactly.  Just, sort of… well I would remember for a fraction of a second and think I should go check on it and then get distracted until a day or two later and then… well… rinse, lather and repeat.

It sits at the very back of the garden tucked amongst raspberry canes that are trying valiantly to take over every inch of space.  It’s nestled against a fence covered in honeysuckle, pushed up against my neighbour’s old log cabin workshop and walled in by my garden shed.  It’s dark and overgrown.  Racoons and squirrels frequently amble along that part of the fence safe in the knowledge that Sam can’t get anywhere near them.

To be honest, it’s a little scary to get to.  (Racoons freak me out) 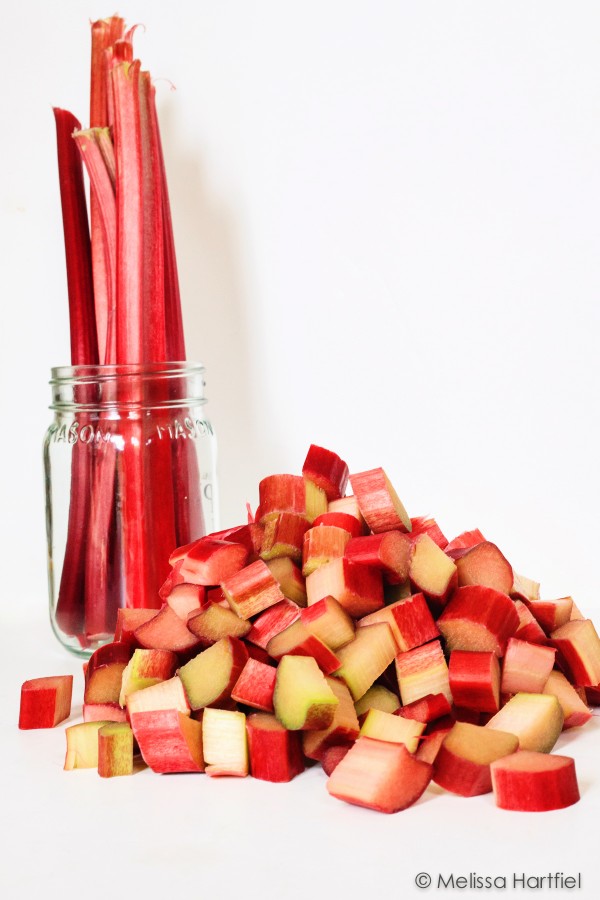 This weekend I finally remembered, and got out a knife and a basket and headed back to the bottom of the garden.  I was met by not one, not two, but THREE rhubarb plants that had formed a small forest.  I have never seen so much rhubarb! I guess they’re fighting back against the raspberries.

So I hacked all but one of the plants right down to the roots.  And in the process harvested enough rhubarb to keep me in rhubarb muffins easily all winter.

(If you live in the greater Vancouver area and have a one foot patch of  yard, do NOT buy rhubarb at the farmer’s market.  Get a plant and stick it in the ground, forget about it and you will have enough rhubarb to last you a lifetime – the stuff grows like weeds.  The damper and darker the more they seem to like it!) 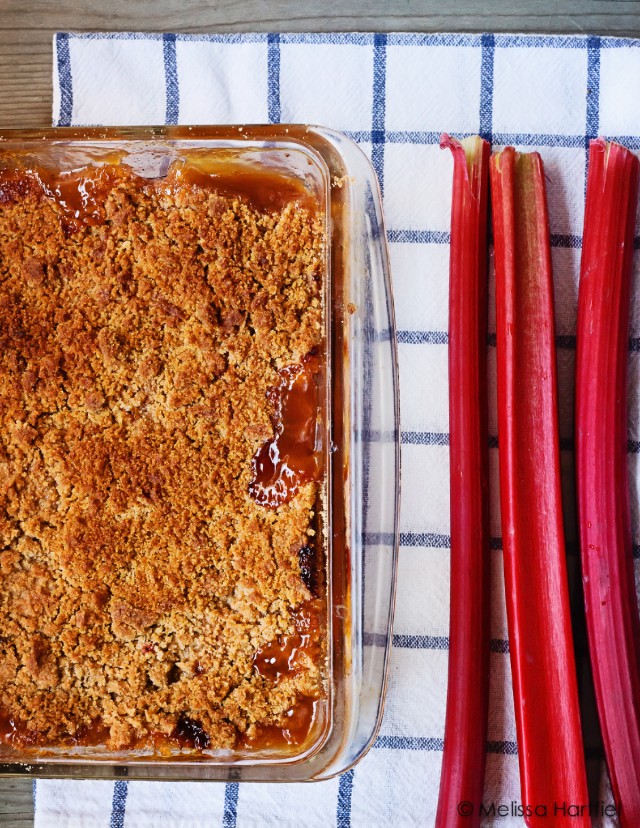 I think I’ve done a pretty good job over the years of coming up with rhubarb recipes that are a little more interesting than the usual crisp, crumble or pie.  (Chocolate rhubarb cookies anyone?  Chocolate rhubarb muffins? Rhubarb butter tarts – that one wasn’t mine but it was pretty good!)

But there is nothing wrong with a good rhubarb berry crumble.  Nothing at all.  It’s the first dessert of spring!

A lovely client in Montreal sent me some Quebec Maple Syrup and Maple Sugar as a gift last year and I knew they were both going into this crisp.  I’d also never made a crisp that mixed an egg with the fruit and sugar.  All I can say is… genius.  The egg gives the juices this beautiful thick, almost caramel like sauce that is just gorgeous.

I gave some of the finished product to my dad, who’s not a particularly big fan of desserts.  His verdict: “whatever that stuff you made was, it was pretty damn good.”  High praise indeed… 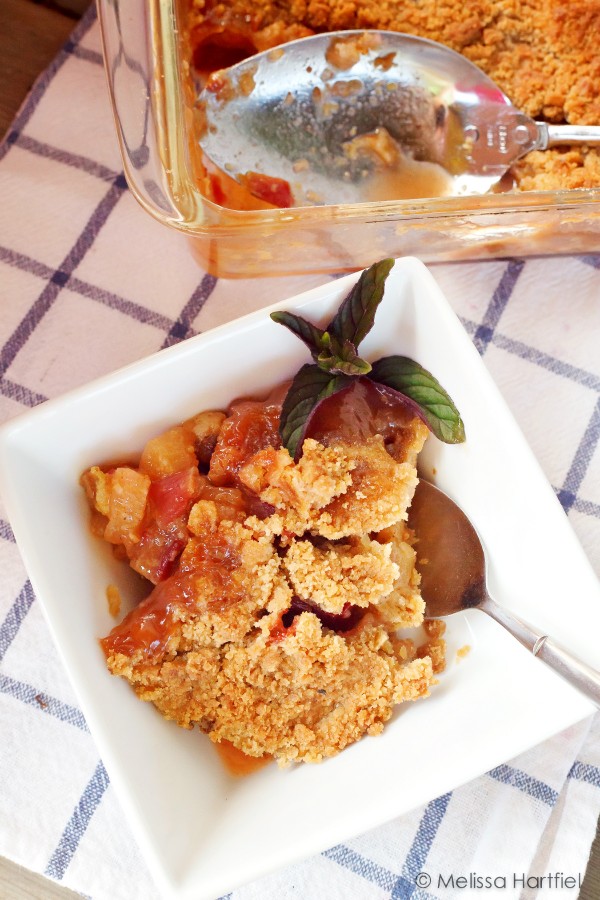 All the photos for this post except for the pile of rhubarb against the white backdrop were shot outside.  The weather has been so beautiful that it seemed like a good idea.  I’ve found a nice little alcove under my sundeck where I have an old weathered wooden patio table I always forget about.  It makes for a good backdrop.

And, because it’s covered but south facing, I have ample but indirect light!  Right now I’m just experimenting with it but I’ll make more detailed notes as I get into a rhythm with the new space.