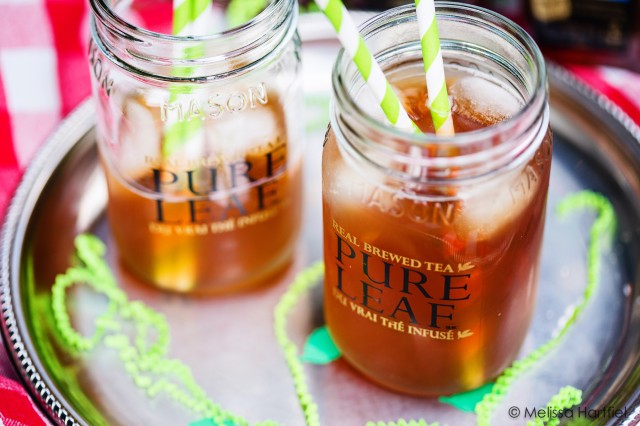 It’s been a while since I’ve done a Friday Tea and Chocolate post.  In fact there hasn’t been much posting around here at all!  But the winter has come to an end and some of my biggest projects for the year have wrapped up and I’m actually starting to feel like picking up my camera again.

The best part is the weather! It’s finally spring and it’s warm – even hot some days and everything is blooming and I just want to be outside.  So it felt like iced tea would be a good way to get back in the swing of Tea & Chocolate and I received a basket of teas of newly launched in Canada, Pure Leaf tea, to try out. 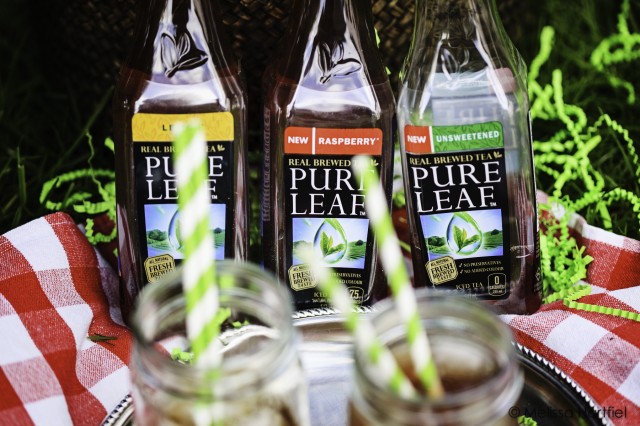 Pure Leaf  was just launched in Canada this spring by Lipton and comes in Unsweetened, Lemon and Raspberry flavours.  What make Pure Leaf different is their claim to be the only ready to drink iced tea available in Canada brewed from fresh tea leaves – being a tea freak I was intrigued.

I sampled all three flavours and what did stand out was the strong tea flavour.  I love iced tea and make my own cold brewed tea often in the summer.  But I find a lot of the commercial ones don’t let the actual tea flavour shine through.  This one did. 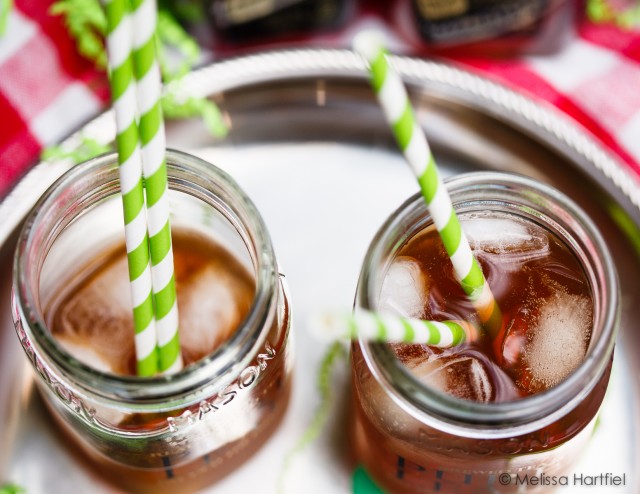 The first flavour I tried was the Unsweetened.  I didn’t like it.  It was quite literally like drinking a cold cup of black tea with nothing added.  I’ve never been a fan of unsweetened black tea.  I drink it every day but I always add sugar or honey.  If you like straight up black tea, this might be for you!

I didn’t want to add sugar to it but, I needed to add something so I squeezed some lemon juice into it and and quite enjoyed it after that.

Next up, was the Raspberry.  I love raspberry iced tea.  I make my own all the time during the summer with homemade raspberry syrup.  I really enjoyed the Pure Leaf version.  The 573ml bottle is enough to serve two generous glasses of tea on ice but I drank the entire bottle while working on my patio the other afternoon.  It wasn’t overly sweet and the tea and raspberry flavours shone through – I really enjoyed it.

Last up was the Lemon flavour.  Another winner.  The flavour was just like the unsweetened tea that I had added my own lemon juice to but was also sweetened. 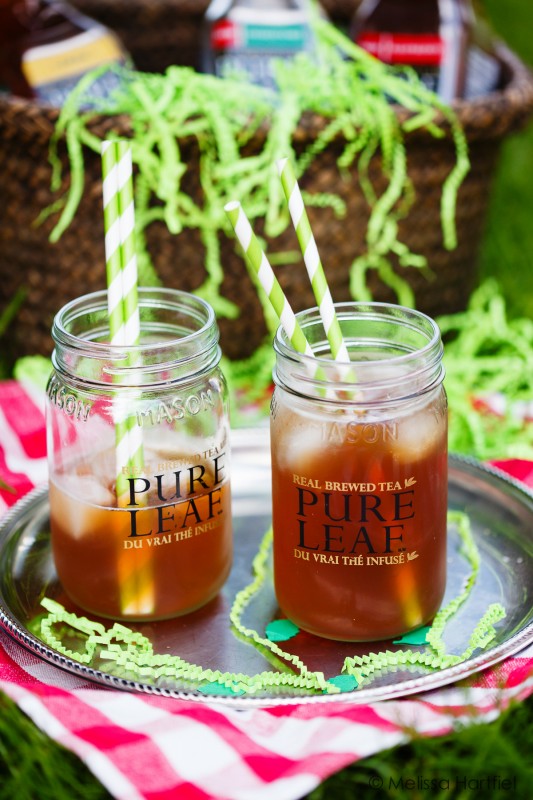 The main difference for me with the Pure Leaf teas from other commercial ice teas was that it wasn’t overly sweet and had more flavour to it than… well… just sugar. I did a quick nutrition label check between Pure Leaf Lemon and Nestea Lemon and sure enough, the Pure Leaf had less sugar (thought not as big a difference as I might have guessed) in a 250ml serving.  The big difference though was the Pure Leaf had significantly less sodium.

The other bonus for me was having fun photographing the teas – it was my first chance to photograph food outside this year.  It was great to sprawl out in the grass and feel the sun while shooting.

I broke all the rules with this one – it was a brilliantly sunny day and I decided to do this at 11am.  NOT the best time of day to photograph outside.  But, I found a tree and a small swatch of shade that gave me perfect diffused light.  I shot hand held, mostly lying down on my stomach and really didn’t do anything fancy at all – no reflectors or anything.  I used a combo of my 50mm 1.8 and my 100mm macro lenses but I actually was happiest with the macro lens shots (3 of which are shown here).  That’s a bit unusual for me.

Post processing was a quick contrast fix in lightroom and then I ran them through some florabella actions in Photoshop.  I have never had much luck with the florabella actions (or any actions for that matter) with food but I was really pleased with how they worked on the tea.  I got that hot, sweaty but frosty and bright summer feel I wanted.

Up next week on Friday Tea and Chocolate I’m switching back over to chocolate when I try out two new Green and Black’s chocolate flavours!

**Disclosure Notice: I was given sample product by Pure Leaf tea to try.  I was not asked to write about it and all opinions are my own.