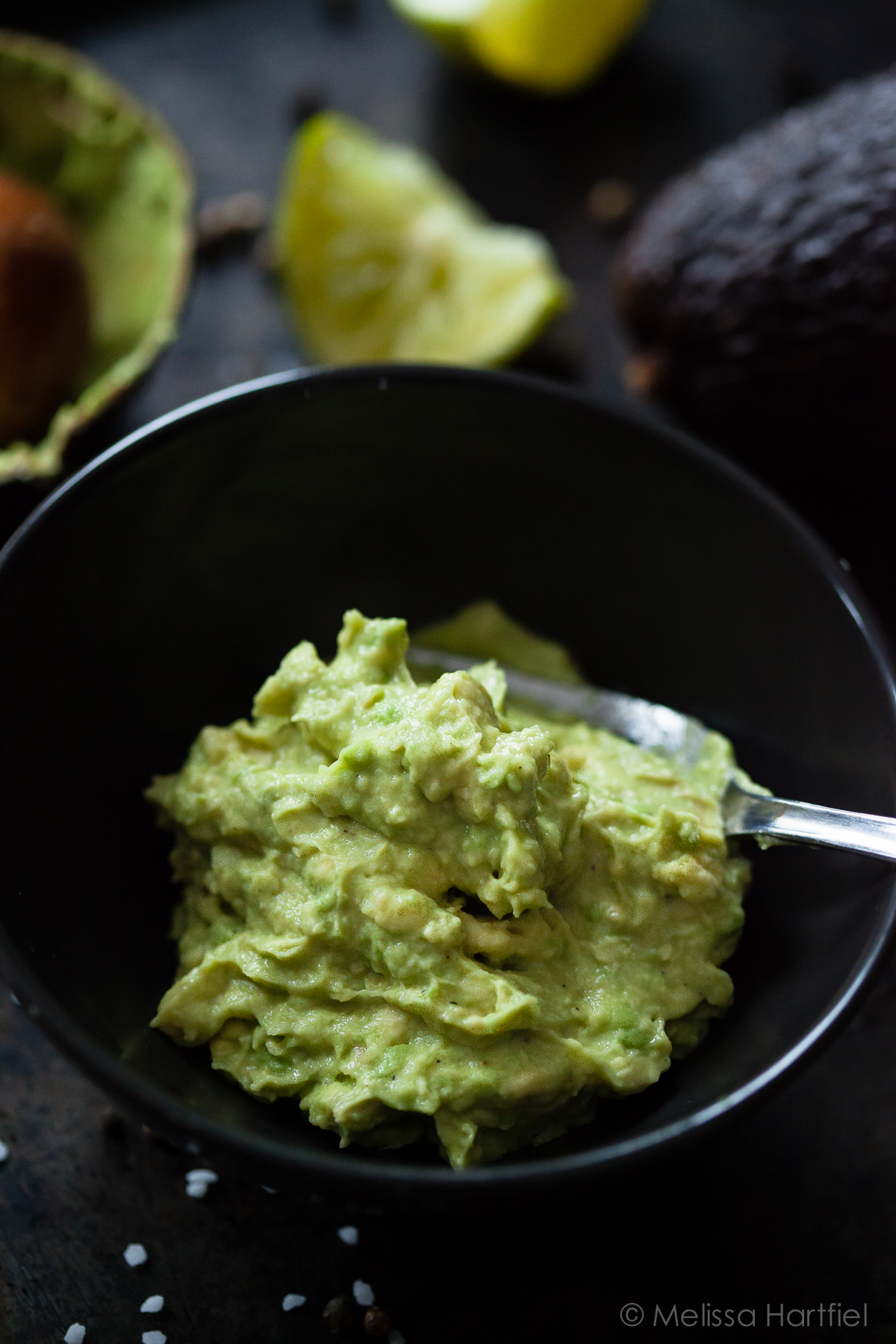 Did I get your attention?  Probably.

Scrolling through Pinterest and browsing food blogs lately has started to feel overly indulgent and a bit… stomach clenching.  Why this sudden trend to stuff  more “stuff” into a dish to make it more outrageous?  More decadent?

But this year, I didn’t go.  Last year, it seemed like all the establishments taking part were trying so hard to conjure up something unique that had never been done before that I simply couldn’t get a really delicious, classic cup of hot chocolate.

Not one.  And I tried many.  At one point, after several tries, I gave up and had Sean take me out for tacos instead.

I just wanted a cup of hot cocoa! Rich, creamy and chocolatey.  Not so overly indulgent that I can’t finish it – where’s the enjoyment in that?  And not so over the top that I can’t figure out how to drink it. What does this all have to do with avocados on toast?

I’m talking about eating a tomato with a sprinkle of salt on it.  Or green beans sauteed with a little garlic and soy sauce.

One of my favourite dinners is a grilled pork chop seasoned with nothing but a little salt, pepper and garlic and served with a pan of hot garlic potato perogies that have been fried with bacon and onions.  Add some sour cream and a side of steamed broccoli and I couldn’t be happier.

But what’s pinnable about that?  Where’s the unique recipe?  How can you blog about that?

I don’t care anymore.  Sometimes the blog post isn’t about the recipe.  Instead, it’s about the dish itself and why it resonates with you.  And as I was reminded when I photographed kale a few weeks ago, simple can be stunningly beautiful.

Avocado on toast resonates with me.  It’s simple comfort food.  It makes me feel oddly fulfilled – like I’ve created something wonderous but in 90 seconds.  I always want to eat it slowly because I don’t want it to disappear.  Even though I could go make another piece in another 90 seconds if I really wanted to. 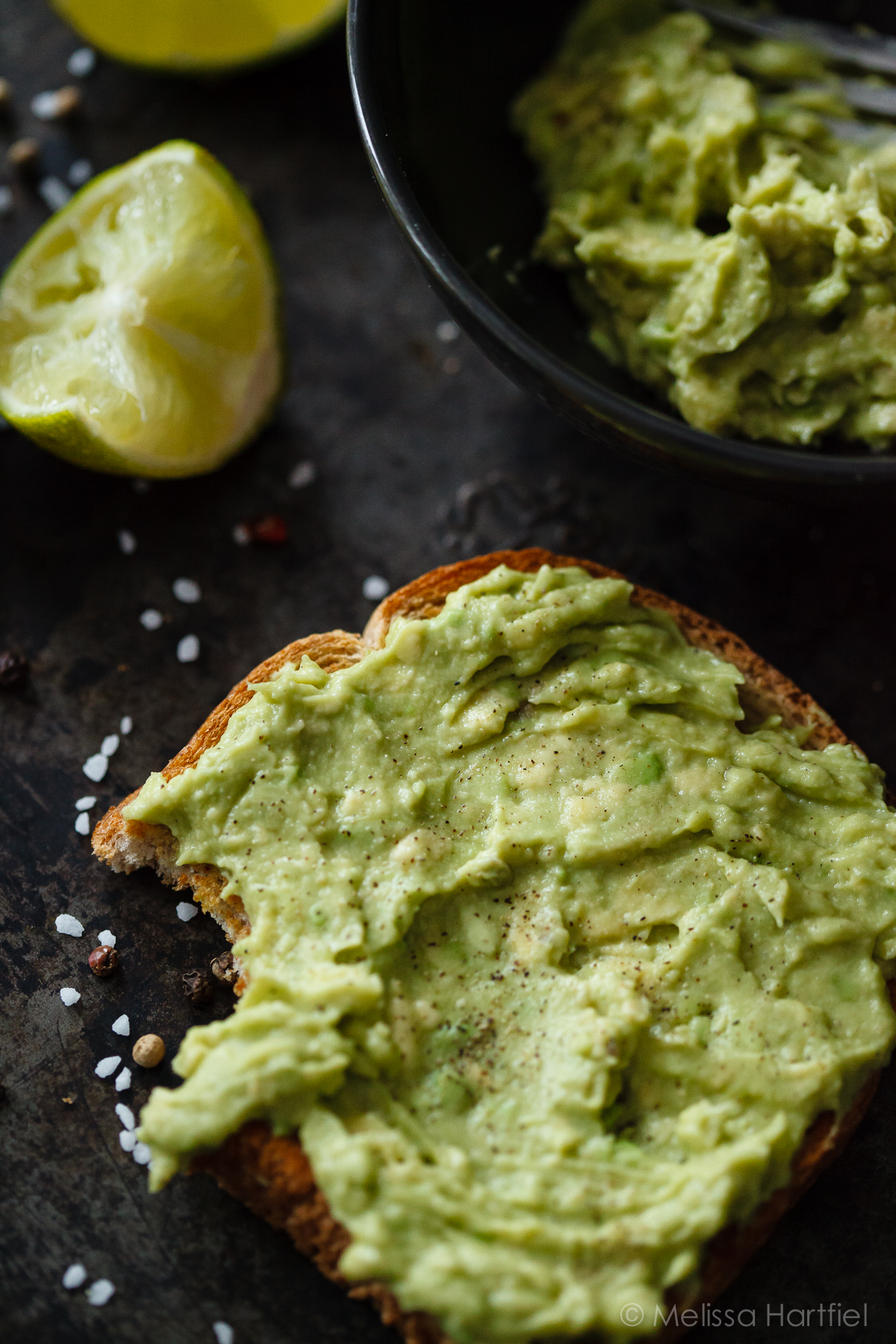 You can slice the avocados or mush them up with a fork (I find mushing so much more satisfying but I slice when I’m in a hurry).   On its own the taste is fine.  But spritz with a little fresh lime juice or a sprinkle of salt or a dash of pepper (or all three as I prefer) and the flavour goes to another level.  It’s a lesson in how one ingredient can bring out the best in another – just like a couple meant for each other!

And so that is what you get today.  I didn’t stuff any olives, peppers, capers or potato chips (or all four) into the smushed up avocado.  I just spread it on a hot piece of toast.

And I ate it terribly slowly while savouring every last damn bite of it.

Not so much notes today as a question.  I am becoming increasingly frustrated with my 100mm 2.8 macro lens.  It’s a Canon EF lens – just a regular one, not an L one.  The focus is not doing it for me (just look at that last photo!).  Does anyone else out there have the same lens?  Have you found it difficult to focus?  I find I do better with it on manual but on auto it’s really a struggle.