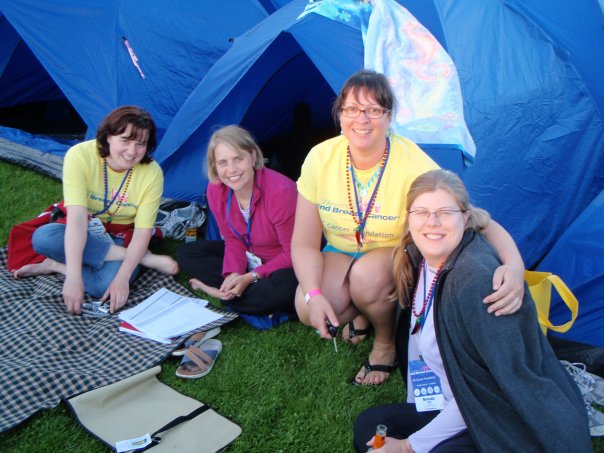 Do you remember the first person in your life who passed away?

I was small.  Maybe 8 or 9. Young, but not so young that I didn’t understand.  My cousin passed away from leukemia.  He was barely more than a child himself – in his teens.  He had fought it for years, in and out of hospitals.  My recollections of him swim between him being sick, or him trying to be a normal kid.  I have a memory of him in our kitchen talking to my parents on a visit telling them about all the needles and tests he had been through on his last hospital stay.  He seemed to take it all in stride.

After the funeral, I remember being in the kitchen of one of my aunts after all the adults came home (none of the cousins were allowed to go as we were all deemed too young) and not quite grasping what had happened except that he was gone… because he got sick.  And he was a kid.  Like me.

Scary stuff when you’re that little.

A few years later, my granny passed away from lung cancer…  I was still in elementary school, I think.  She was the second person in my world to die.  And in my young mind cancer now equaled death.

I’m much older now but the very word cancer still makes my stomach go hard and knotted.  I have, unfortunately, lost many others to the c-word.  And unfortunately, I know that everyone I know could sit down and write a story like the one I just told.

But, I also know many more people who’ve fought cancer and kicked it to the curb including a close friend of mine.  It was his sister who convinced me to join her as a volunteer for the Weekend to End Breast Cancer along with his sister-in-law and a few other friends.  While he didn’t battle breast cancer, this was at least a way to, as she said, DO SOMETHING to fight back.  Something more than just writing a cheque, (and we did that too!)

It was an amazing weekend being around inspiring women, men, and children.  I don’t really have words to describe it.  We were exhausted at the end but exhilarated at the same time.   The human spirit is meant to fight.  It’s in us.  The fight to stay alive and push ourselves and overcome.   To spend a weekend surrounded by that will and determination is a gift in itself.

KitchenAid Canada and Cook For the Cure

When KitchenAid Canada came to Ethan and me at FBC, and asked us if FBC would consider sponsoring their Cook for the Cure fundraiser with the Canadian Breast Cancer Foundation, we couldn’t say no.  In fact, we never even entertained the idea.  We knew we wanted to be a part of it and with 1200 members across Canada, we hoped that we could rally the power of the food blogging community to help the CBCF reach their $500,000 fundraising goal.

Since 2002, over $2.3 million has been raised through  KitchenAid Canada’s Cook For The Cure Programs, including $75 donations to the CBCF for every KitchenAid Raspberry Ice Stand Mixer sold.

This year, KitchenAid is offering fundraisers the chance of a lifetime with the Cook for the Cure Culinary Showdown! The Culinary Showdown is a chance to cook alongside an all-star cast of some of Canada’s favourite celebrity chefs by hitting specific fundraising targets ($1000, $2500 etc)!  Then, on December 7, 2013 at Toronto’s Fairmont Royal York Hotel, emcee Dean McDermott and chefs Lynn Crawford, Chuck Hughes, Mark McEwan, Vikram Vij, Corbin Tomaszeski and Tyler Florence will be looking for Canada’s fundraisers to join their teams as they compete versus one another.   How amazing is that!?  I can hardly wait!

With FBC sponsoring the event, I will already be heading to Toronto for the Culinary Showdown in December.   And here’s where it gets super exciting for me:

I’ve been asked to be part of the judging panel for the culinary showdown!!!  Can you even believe it?

I’ll be tasting food by some of Canada’s top chefs and their hard working teams and… ummm… judging them!  I’m beside myself with excitement but also a wee bit terrified!  It all seems very bizarre for somebody who spends more time behind a camera photographing food than sitting at a table eating food! (although I am pretty good at eating!)

But despite the fact that I’ll already have a front row seat for the event,  you can bet that I’m still fundraising for this worthy cause that’s near and dear to me.

How You Can Help

There’s so many ways you can help.  You can donate to a fundraiser’s campaign or you can start your own fundraising campaign.  If you’ve got a flair for entertaining you can host a KitchenAid Cook For the Cure Party.  Or you can purchase a KitchenAid Raspberry Ice Stand Mixer.   If you’re a Canadian food blogger and a member of FBC you can even add this handy badge from KitchenAid to your blog to encourage people to donate to your own personal campaign: 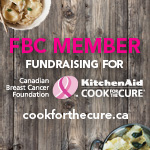 If you feel so inclined, please feel free to contribute to my own fundraising efforts.  A donation in any amount will be greatly appreciated.  But for those of you who may be feeling especially generous, I have something special.  If you donate $75 or more to my campaign, I will send you an unframed 8×10 print of one of my photos from my 500px gallery, or my flickr gallery as a personal thank you.  (I do take photos of things other than food and you may choose the photo!)

Money equals research.  And research is what has helped so many people fight harder and beat this disease.  I often think that if my cousin had been diagnosed with leukemia today, he would likely have won his fight just because of the advances that well funded research have provided.  And that’s the only reason I need to do this.