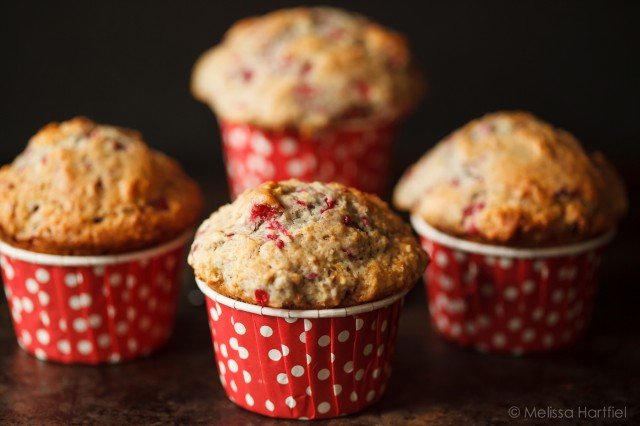 It has, frankly, been too damn hot and sunny and un-Vancouver like to have my oven on this summer.  We went the entire month of July without a drop of rain – that’s the first time on record that’s happened.

That’s why this blog has been so recipe free lately.  I’m not turning on the oven just for a blog post and I spend my entire work day in front of a computer.  If the weather is nice, you can bet your bum that I’m not going to be inside when the work day is done!  The rain will be back in full force in October, November, December, January, February, March, April, May and possibly June… lots of time for ovens and computers then! 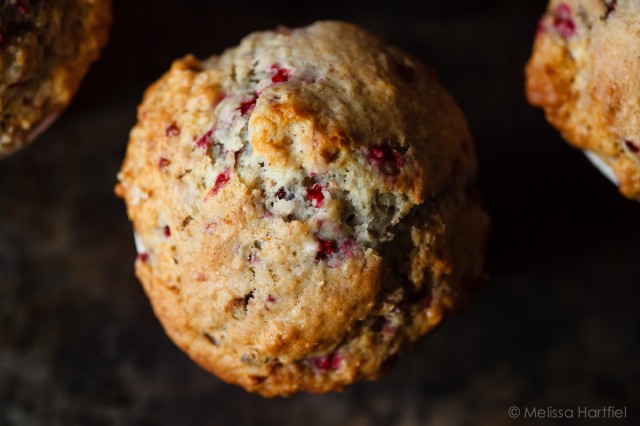 Having said that, the glut of raspberries from my backyard has meant I’ve really been hoping for a cooler day to make raspberry muffins.  I love adding raspberries to muffins possibly more than any other fruit.  I love the tart but sweet flavour they add and the brilliant flecks of ruby red they infuse!

The weather did cool down this past weekend (it was a long weekend, that’s probably why!) and we did get a little splash of rain – just enough to bring a little green back.  And so I headed out to the raspberry patch and picked some of the last berries – these ones were giant, plump amazingly sweet berries unlike the smaller ones earlier in the season.  There’s still a few left to pick – perfect for tossing on cereal in the morning.  I pick them barefoot in my pjs while I let the dog out in the morning 🙂

I made a batch of my favourite, rather decadent Chocolate Raspberry muffins and then, just to be a (little) healthier, I made these Raspberry Pecan muffins.

Enjoy one for breakfast or while you’re sitting out on the deck with warm butter oozing into the crevices! 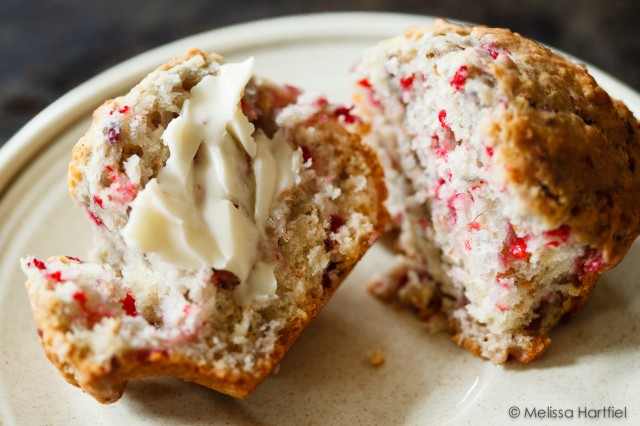 Print
Prep time
10 mins
Cook time
20 mins
Total time
30 mins
Author: Adapted from the Country Mornings Cookbook
Recipe type: Muffins
Serves: 12
Ingredients
Instructions
Notes
The raspberries I used were very ripe and despite trying to be gentle when I folded them into the batter, they broke apart. I didn't mind - it infused a nice raspberry flavour throughout the entire muffin. If you prefer a more powerful burst of raspberry flavour, I suggest using frozen raspberries. I like them both ways!
3.2.1251

Not much to say here – this was one of the fastest posts I’ve ever done photography wise – both with the camera and in post-production.  That’s likely to do with the fact that I didn’t do anything new in terms of setting up an original shot.  I think you’ll find all of these throughout my other muffin recipes!

It was a gloomy day though so I shot at a higher ISO than I like (and without a tripod – bad Melissa!!!).  They were all shot at 1600 ISO with natural light.  They were all photographed with my 100mm Macro lens.  The top photo was shot at 2.8, the second one was 3.5 and the bottom one was 4.0.  I didn’t use a reflector – just black foam board as a background.

One question I get asked over and over is where I got this surface that I photograph on a LOT.  It’s an old, beat up, Bakers Secret jelly roll pan.  The cute little muffins cups came from an Etsy shop (don’t remember which one – they’ve been in my stash for over a year!)

182shares
Food Photograpy Props – A Resource Guide
The Best Thing I Ever Ate: Peaches and Feta