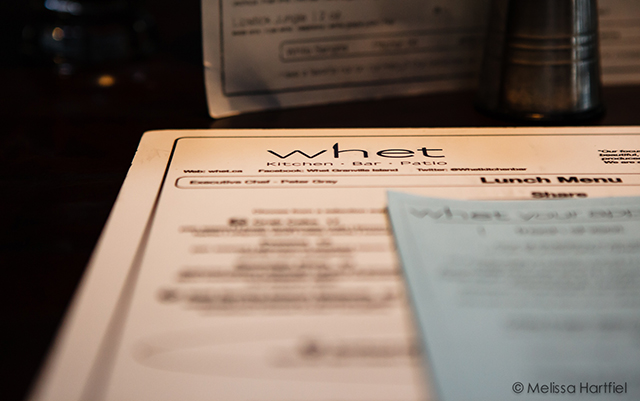 Time to hit the road for another dining package from the fellows at VANEATS.ca.  This time me and Food Husband were off to Whet Kitchen. Bar. Patio on Granville Island for the Whet Your Appetite package and we brought along Ethan from Feeding Ethan to help us out.

The Whet Your Appetite is a $30 package and up on the menu we had:

We decided to go try out our packages for a late lunch.  Granville Island is always an enjoyable spot to do pretty much anything and Whet has a great view out on to the water.  We were seated quickly and it didn’t take very long before we each had a sleeve of Russell Angry Scotch Ale in front of us. 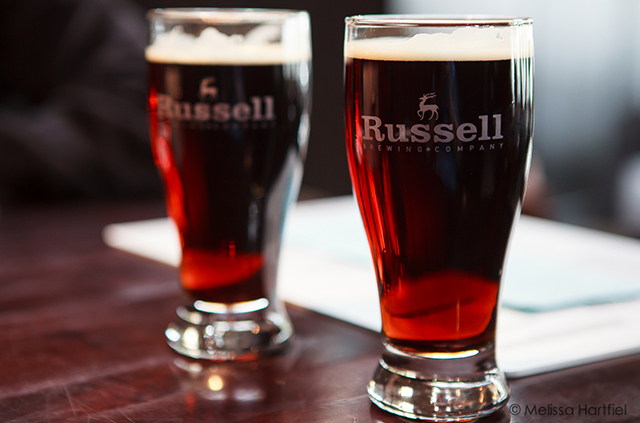 I’m a fan of Russell Beer and this was my first time trying the Angry Scotch.  I really liked it.  Dark beer can be hit and miss with me but this one was really good – not overly strong but still with a bit of bite to it.  And it didn’t overpower the rest of the meal, which sometimes can happen with a dark beer. 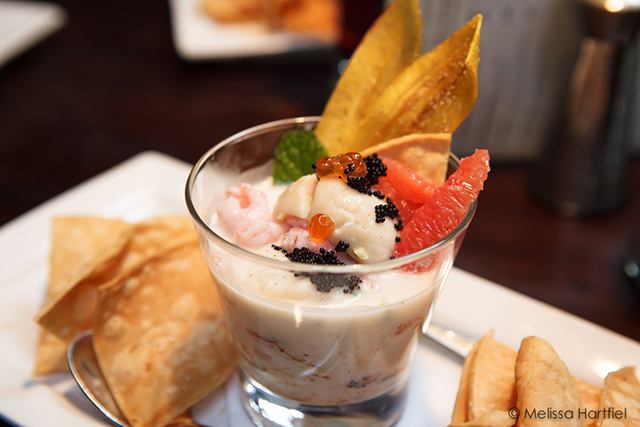 The first appetizer out of the kitchen was the Coconut Ceviche. This was my first time trying ceviche and I really liked it.  There were a lot of flavours and textures happening in this dish but it was really tasty and it was surprisingly filling for an appetizer, while still having a light feel to it. 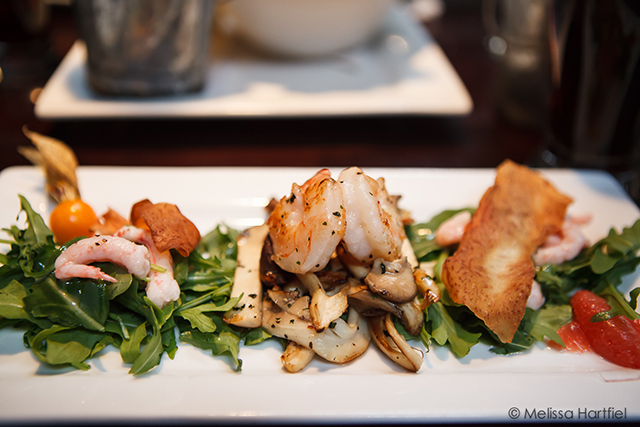 Next up was our salad – the Prawn, Shrimp and Wild Mushroom Salad.  So, you all know about my anti-mushroom stance so I’m not going to pretend that I ate all of this.  Ethan graciously took the mushrooms off my plate and I gobbled down the rest.  The lemon hazelnut vinaigrette totally made this salad.  And thank you Whet for finally settling my long standing debate on whether or not whether or not it was a gooseberry with the garnish.  Glad to finally know that it IS a gooseberry!

We had our choice of entrees and being such a huge fan of duck, there was no doubt in my mind that that would be my choice but, Sean suggested we also order an additional entree of the salmon for an extra $15 to share so we could try both. 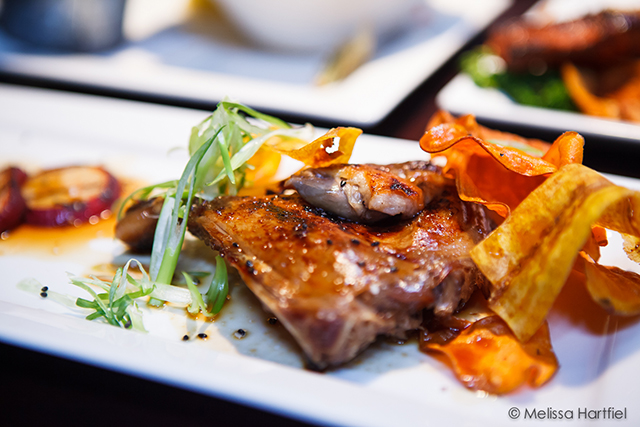 The duck didn’t disappoint.  The skin was crispy and the meat was tender and it paired up perfectly with the plums, green onions and sweet chili ginger sauce.  I also really loved the seasoned yam chips that came with it.  Definitely a tasty treat for me. 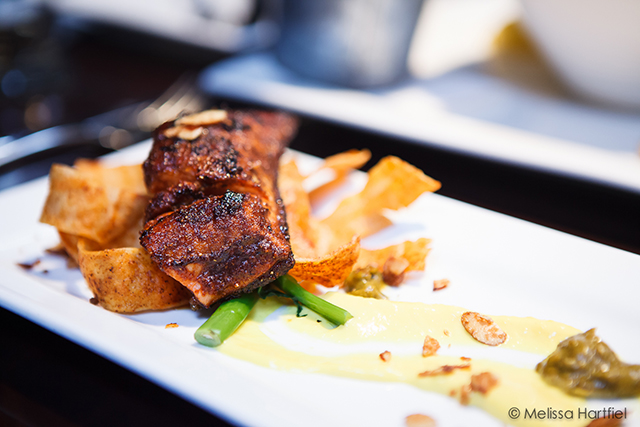 The Salmon also proved to be a winner and I honestly think… as much as I loved the duck, the flavours of this one might have given it the edge on the two entrees.  Loved the candied almonds with it as well.

Ethan decided to order himself a plate of Saltspring Island mussels as well (not part of the package) and we all had a sample.  They were plump and soaked in a chardonnay broth and came with lots of bread for soaking up all that broth.

And, if you’ve ever wondered what it’s like to go out to eat with food bloggers – this photo about sums it all up: 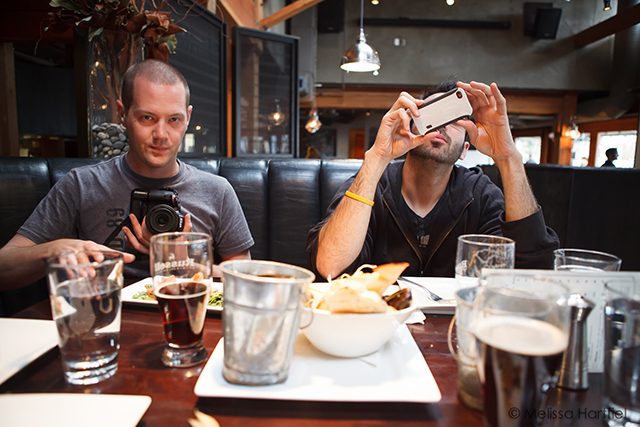 Cameras pointed at the food, at the ceiling, at each other… cameras everywhere!

Overall the meal was delicious.  I really loved how all the dishes combined a sweet and savory element and had lots of interesting textures.  I’m not sure this would be enough food for two people but it was certainly enough for me and with two sleeves of beer, the package is a great value for $30.

Check out the VANEATS.ca video for an intro to the package with Whet Executive Chef Peter Grey

Whet Your Appetite is already on sale on the VANEATS.ca website for $30/package until they sell out.  Passes can be redeemed until January 17th, 2013.

Whet Kitchen. Bar. Patio is located at 1517 Anderson St., Granville Island (right at the entrance to the Island).

And PS… big thanks to the King for lending me his beautiful Canon EF 24-70 2.8 L lens, which was used for all these shots.  I drool every time I get to shoot with this.  It is a beautiful piece of equipment.

22shares
Developing Your Images in Lightroom
Fall at Granville Island