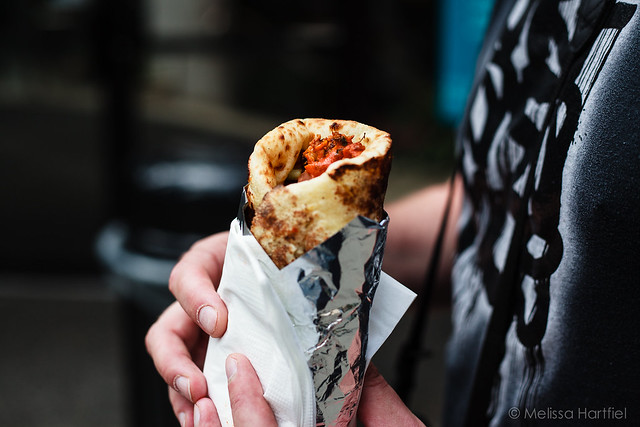 Sometimes, as bloggers, we get some pretty cool opportunities presented to us that give us a chance to take part in something we might not otherwise ever get to do.

I am, what I would consider to be, a very niche food blogger, as many of us are.  My posts are about figuring out how to be a better food photographer.  Yes, recipes and restaurants and such are, obviously, a pretty big part of that.  I’ve yet to figure out how to photograph food without either making it myself, or having somebody else make it for me.  Now that would be a pretty mean feat if I did! (A bigger and better feat would be if I figured out how to accomplish all of this without having any dishes to do…)

What I’m getting at here in a really round about way is that I don’t always get offered the opportunities that other bloggers do, just because of the nature of what I write about. (but I do get other opportunities that they don’t so it all works out in the end!). 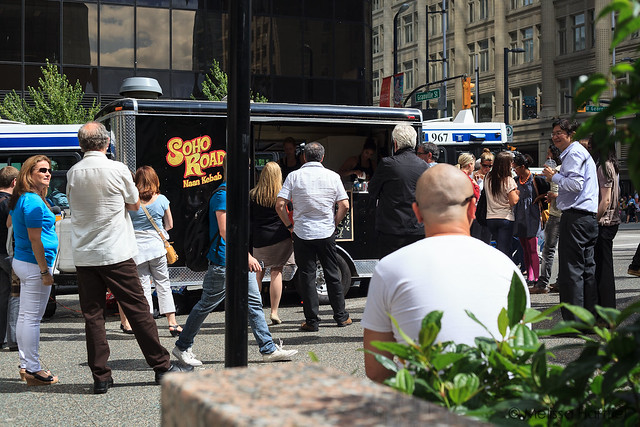 So it was very exciting for me when my “food husband” Sean from Sean’s Adventures in Flavortown asked me if I’d like to come with him while he shot an episode of Eat Street for Food Network and have a chance to be on camera.  I’ll admit, the thought of being in front of a camera and not behind one completely freaks me out! So I dilly dallied (that’s right… I dilly dallied ) trying to make my decision as to whether or not I’d go with him to sign a release.

I knew I would go just to watch, regardless because really, it’s the behind the scenes stuff that fascinates me.  Do any of you remember that show Joan Lunden did for A&E?  Behind Closed Doors?  Where she went to all these cool places like the NY Subway and Fort Knox and JFK airport and you got to see all the inner workings?  LOVE that kind of stuff! 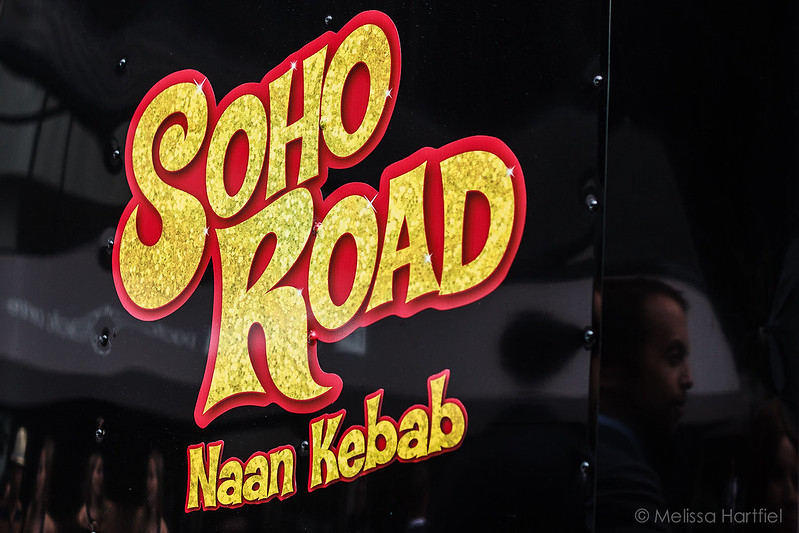 In the end I didn’t sign a release but I did have a great time watching the whole process and seeing Sean film his two segments at the Soho Road Naan Kebabs cart here in Vancouver (corner of Georgia and Granville if you’re in the city!).  It was way less labour intensive than I expected and to the casual onlooker, you would never have known anything related to Eat Street or Food Network was happening.

The Production Manager had the same camera as me – a Canon 5DMKII – but he had it rigged up to a very cool shoulder rig which I’m assuming he used to shoot additional video for the segment.  I know the 5D is used on a lot of movie and tv sets for just that purpose because it takes very rich video but it was really neat to see it in use that way and to see the rig he had for it. 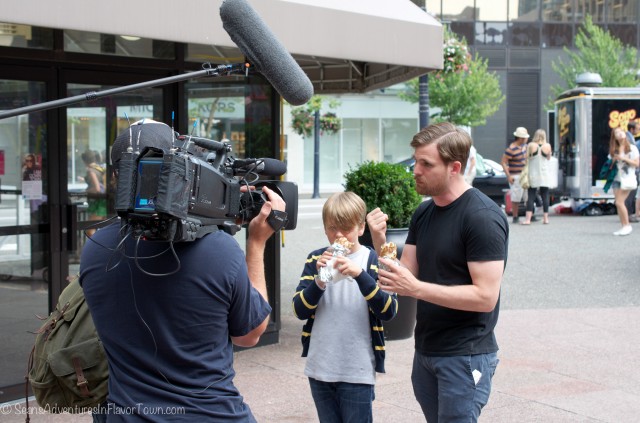 It was also cool to see Chef Dale McKay, winner of Top Chef Canada Season 1, and the owner of Ensemble and Ensemble Tap, come down with his young son and shoot a segment.  They both chatted with Sean for a bit and he smiled at me as he left and said goodbye.  I’ll admit to being a tiny bit star struck ;).  As an aside, I highly recommend dinner at Ensemble if you’re in town… their potato gnocchi is just… amazing. 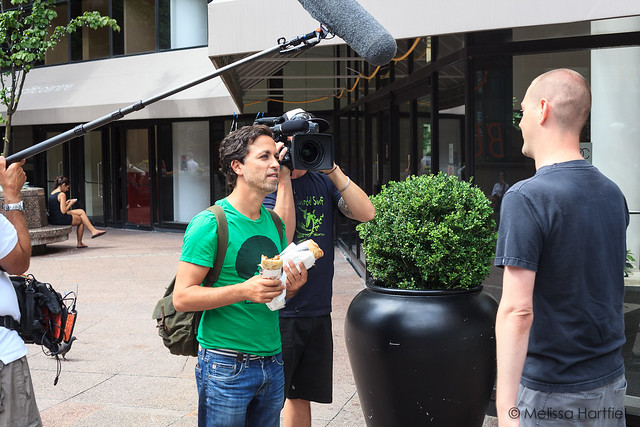 The food in the interviewer’s hands was what Sean had to talk about and eat on camera!

When Sean’s turn was up, we had already eaten! So they brought him more food for him to use on camera.  It was neat to see how they coach people through the interview process. The interveiwer is never seen and rarely heard on the show but it was interesting how they used him to make the people on camera feel more comfortable with coming up with things to talk about.  It will be really interesting to see how much of the segments they use and how it’s edited when the final episode airs.

We both had a great time – got to meet some other interesting people and I think I did a good Food Wife job of keeping track of Sean’s camera and backpack and ensuring he didn’t have any food caught in his teeth or butter chicken sauce on his chin! 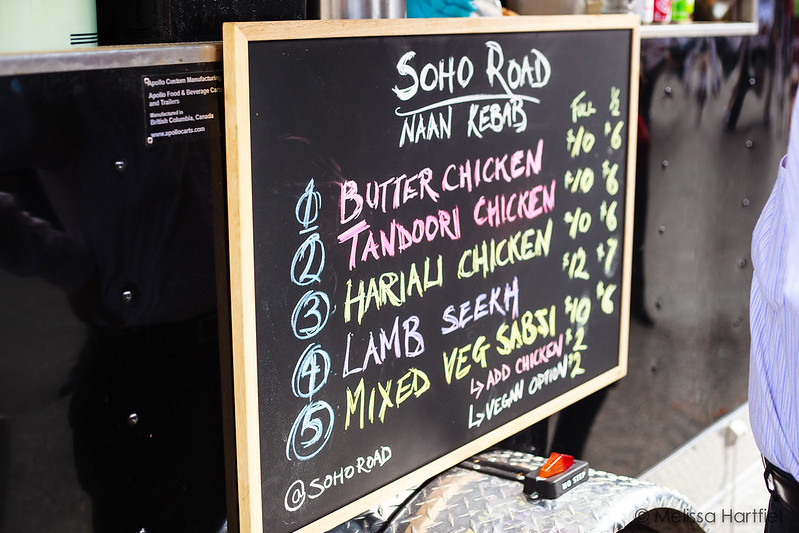 The tasty eats available from the Soho Road Truck

And after it was all said and done, we got to keep the extra food.  We had already eaten the butter chicken wraps but we also got to try the Lamb Seekh and the Mixed Veg Sabsi.  They were all delicious and the fresh naan made in the truck was so perfect.  A great pit stop for lunch downtown.  We were full to the gills but, oddly enough, when Sean offered to take me to Mink Chocolates afterwards, I suddenly found a little extra room 🙂