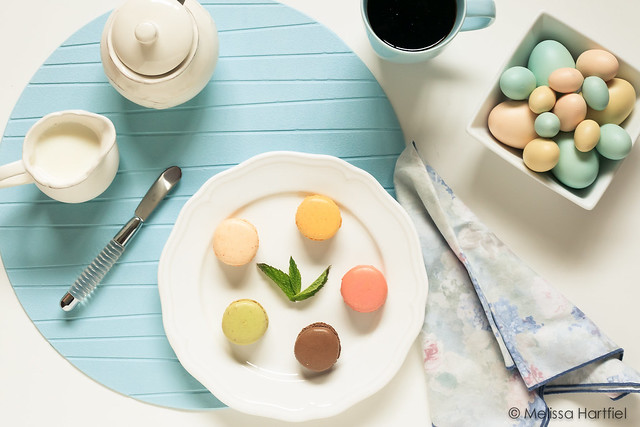 Last week at Eat! Vancouver, I had the chance to try some macarons by Kitchening with Carly after hearing some pretty enthusiastic reviews from my friend Sean, over at Sean’s Adventures in Flavortown.  Sean’s known for a while that I’ve been on the fence about macarons but he also knew my only experience with them was from Thierry Chocolaterie.  So he insisted that I try out Carly’s while we were wandering the aisles during Eat Vancouver.

Carly herself was manning her booth and she kindly let me try a salted caramel one and I was, at first, surprised by how tiny hers were – about half the size of the Thierry one.  But then I remembered Mardi telling me that they should be bite sized, which these were.  And they were little delectable morsels, indeed with the perfect textures!  Carly definitely pulled me over to the light with them!  She was the Good. 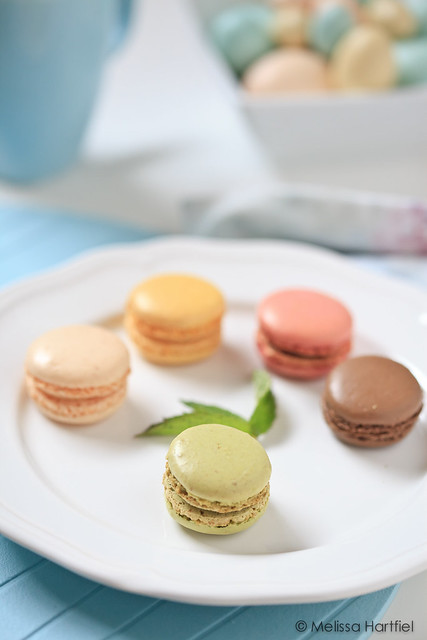 And here is where the story gets sad 🙁

A few days later I was downtown and decided to pop into Urban Fare, where Carly sells her macarons, and buy a box.  I searched the bakery area but could only find generic plastic boxes of macarons.  It seemed odd to me that there would be no branding on them but, when I couldn’t find any others I figured that must be them.

I was wrong.  So very very wrong.  It was the worst $20 I have ever spent in my life.  I snuck one out of the box a bit later while I had a tea in Starbucks and immediately knew when they were crunchy and stale in my mouth that something was wrong.  Definitely not the macaron texture.  Not even close.  More like a cookie – and not a very good one.  The only thing that saved it was the flavour was pretty good.  I was so disappointed. 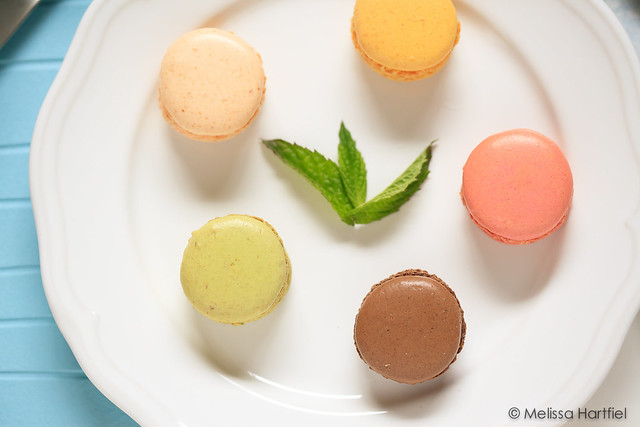 After a quick text consult with Sean, it was determined that I had bought Urban Fare’s store brand of macs and not Carly’s.  I was pretty relieved in one sense, knowing that the Kitchening with Carly macarons still had their reputation intact, but pretty disappointed in Urban Fare’s contribution to the macaron scene.  If they can’t improve on that, they’d be better off stopping production.  Pains me to say that because I love shopping in Urban Fare.

The only good thing that came out of wasting $20 was getting to use them for a photo shoot to practice shooting in a new location – my office!  I have some great indirect light in there and it was fun doing some overhead shots on the floor.

Kudos to Sammy as well for being exceptionally good throughout the entire thing with all this food directly at eye level with his bed and less than a foot away.  He heeded his stay and leave it commands beautifully!  Hope for him yet (or maybe he just knew the macs weren’t worth it!)

So, the good: Kitchening with Carly macarons.  The bad: Urban Fare macarons.

Obviously, this was shot from overhead but it was on the floor of my office which is north facing – one of the reasons I never considered using it for photography.  But I’ve found myself surprised lately.  The window is very large, the light is bright and it’s less direct than my south facing kitchen.  I placed a large white piece of foam board directly in front of the scene (I rested it on my tripod) to cut back on the intensity of the shadows which are still a bit too pronounced for my liking – I’ll have to keep experimenting.

I bumped the ISO up as high as I did because I actually wound up shooting handheld – I could not get my tripod to sit as directly overhead as I wanted without getting the feet in the frame.  That is surely my own ineptitude and lack of practice with overhead floor shots and tripods.  I warmed up the white balance in post production, switched my color profile from Adobe Standard to Camera Landscape and did a little contrast and tone tweaking.

The setup is exactly the same as above.  All I did was lie down on the floor and shoot with a macro lens instead of my 50mm lens and dropped my f-stop to get some nice shallow depth of field.

Again, same setup as before but I switched to my 100mm macro lens and moved in for a really tight crop.  I did use the tripod for this one as the focus on the macro lens is so sensitive that shooting by hand can be very tricky.

Post production on the last two images was very similar to the first.

5shares
The One About Dogs, Not Food
Mello’s Diner – Ottawa Eats