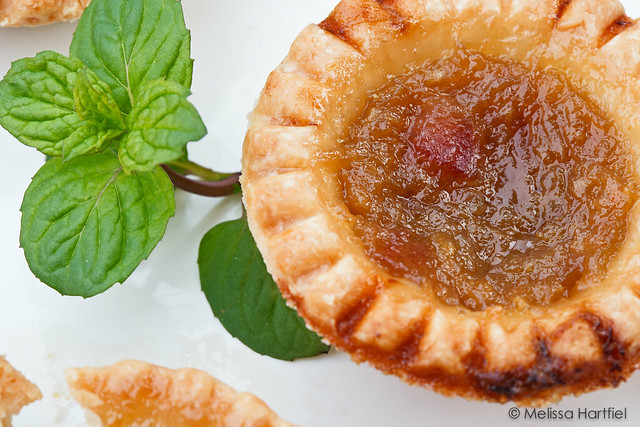 This will be my last rhubarb post for the season.  I still have loads left out in the garden but it’s all going to get harvested this weekend and either chopped up for freezing or made into rhubarb berry compote.

This was an idea I got from fellow twitterer, @MichelleLKent.  She mentioned that she’d made rhubarb butter tarts, something I never would have thought of, and immediately I was intrigued.

So I hit google and found one recipe for rhubarb butter tarts, and with nothing else to really go on, I gave it a whirl. 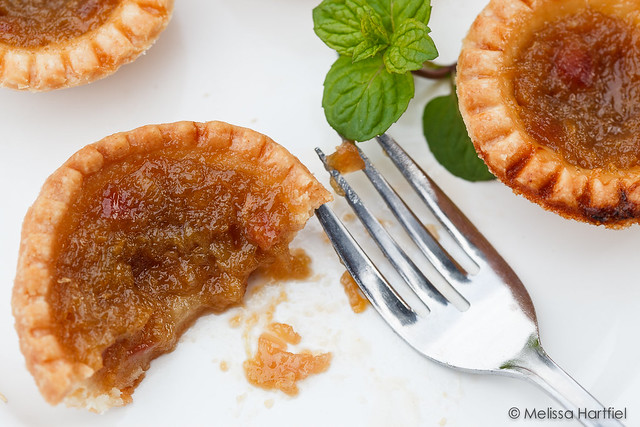 The tarts turned out tasty but they weren’t custard-y enough for my taste.  Rhubarb has a lot of liquid in it and, unlike most butter tart recipes, this one didn’t call for cream and only one egg.  They were a bit too runny out of the oven but they did firm up a bit better after sitting overnight. 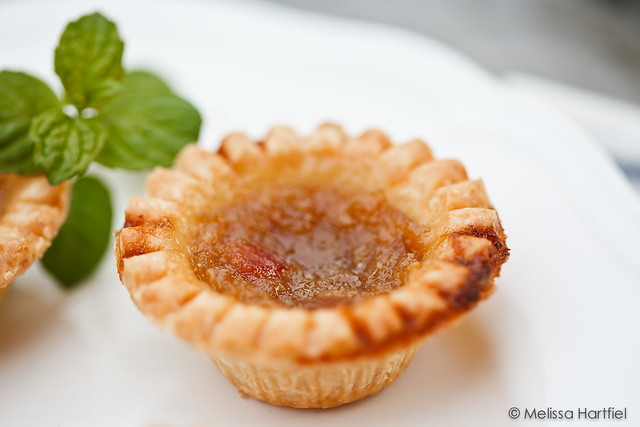 The flavour, though, was wonderful.  I took them over to friends’ who invited me over for dinner and they were scarfed down pretty quickly by everyone.  I think next year I’ll give these another whirl but I’ll tweak them with my own butter tart recipe and see if I can’t improve on the filling.  Definitely a neat twist on using rhubarb though!

35shares
Chocolate Rhubarb Cookies
The One About Dogs, Not Food