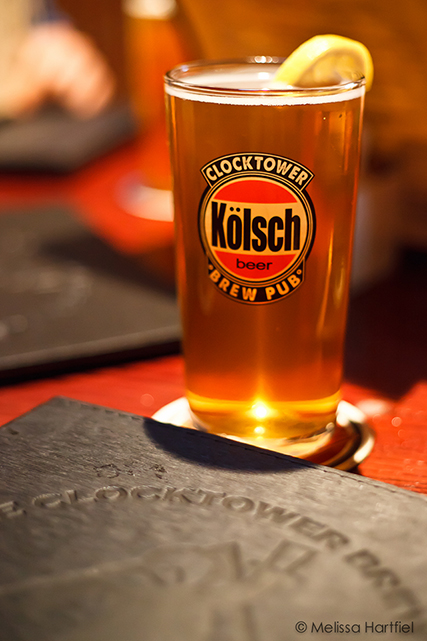 The Clocktower's own raspberry wheat ale

Sometimes, when you’ve been doing a lot of physical work and had a really long day, all while being on the road, the thought of trying to figure out what to eat is an exhausting chore… especially when there’s 5 of you voting on the restaurant choice.

And sometimes, all you want is a great big juicy burger.  So on this particular Friday night, that was our choice.  The 5 of us hopped in our rental car (well actually… it was a rental mini-van… because that’s how we roll… cruising downtown Ottawa in a white Dodge Caravan – stylin! Oh yeah!) and headed off to the Glebe area to try the much talked about and suggested The Works burger bistro. 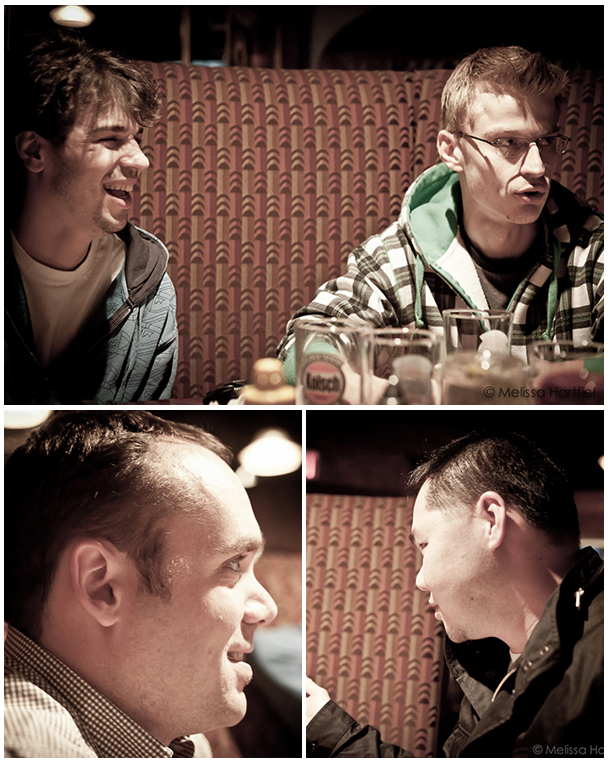 Clockwise from top: Andre and Krzys, Howard, Hank - they're used to an ever present camera in their faces

After faffing about finding parking, paying for parking and tumbling into the restaurant looking tired and disheveled – actually, that was mostly me… I had to wait a long time for the boys to do their hair – we were told it would be at least an hour wait for a table.

Now I don’t know about you, but I don’t wait anywhere for an hour just to have some food – I don’t care how good it is… there is always somewhere else tasty to eat.  So we stumbled back out on to the street and stood on the sidewalk wondering what to do.  And lo and behold… across the street from us was the Clocktower Brew Pub – another on my list of must try places suggested by Ottawa food bloggers… as long as it was the Bank Street location. 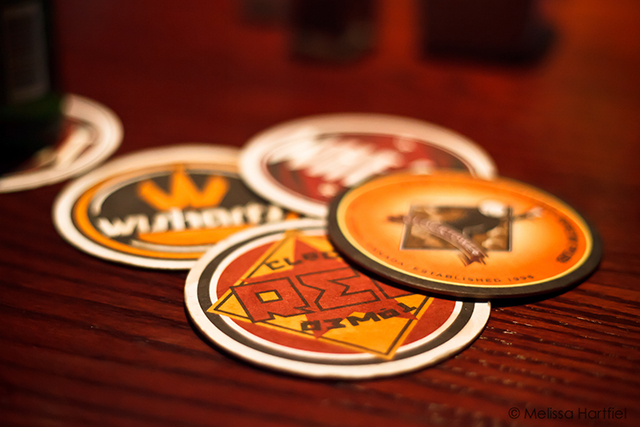 So I scanned the street to see what street we actually were on and… it was Bank!  So we totally jaywalked – they do that a lot in Ontario.  I don’t get it!

Five minutes later we had ourselves a cozy booth and some tasty beverages to drink while we sussed out the menu.  I tried out the raspberry wheat ale – I’ve been hearing a lot about raspberry ales lately.  Seems like it’s become a trendy thing.  At first I couldn’t taste the raspberry at all but after a few more sips it was definitely there as an undertone.  It was quite good! 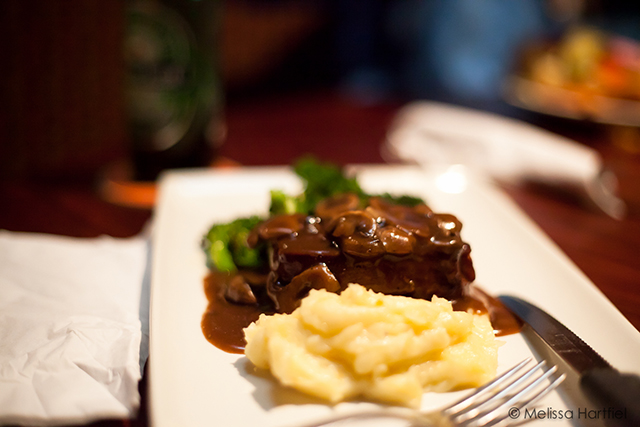 Hank's meatloaf... I can't believe he ate those mushrooms right next to me...

Andre, Krzys (pronounce it Kris) and I all went with the Canuck burger, made with a smokey red ale bbq sauce, local aged cheddar and peameal bacon.  The guys had fries but I got the pub chips with spicy mayo.  Howard had the standard burger and Hank went out on a limb and had the meatloaf. 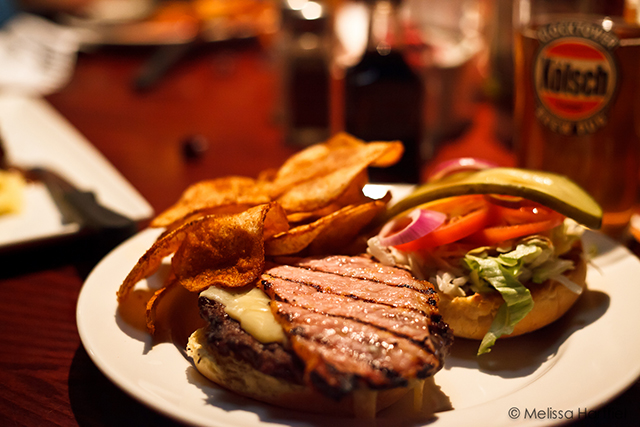 the Canuck burger with pub chips

Andre and I loved our burgers. They were loaded with thick slices of tomato, lettuce and red onion and a big slab of pickle – no skimping on the fresh toppings. I loved the BBQ sauce and the cheddar was very aged and sharp.  Krzys found it too strong for his taste but I loved the added tang.  Sometimes the cheese on burgers is so mild you don’t even know it’s there but this was not the case!

But the pub chips were my favourite – they’re hand made potato chips, crispy on the edges but a little soft and chewy in the middle.  Dusted with a mango chipotle spice and dipped in the mayo they were delicious (they make an appetizer serving as well!). 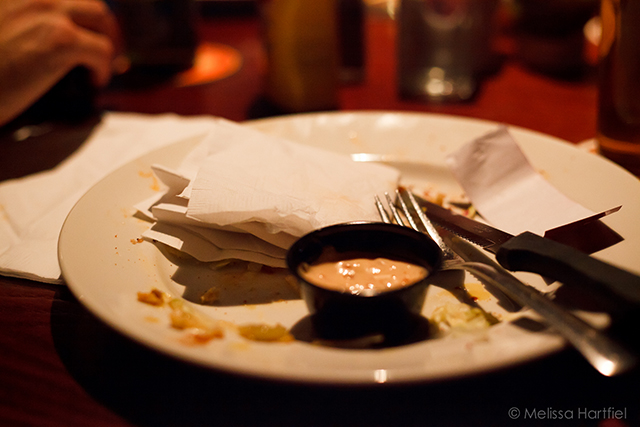 I can’t speak for the meatloaf or the standard burger but both Hank and Howard pronounced their dinners as being very good.

This is definitely one I’d repeat.  Reasonably priced, their own beers on tap (it is a brew pup), higher quality than normal ingredients and some nice flavour combos.  Sometimes you need a good burger to hit the spot after a long week!