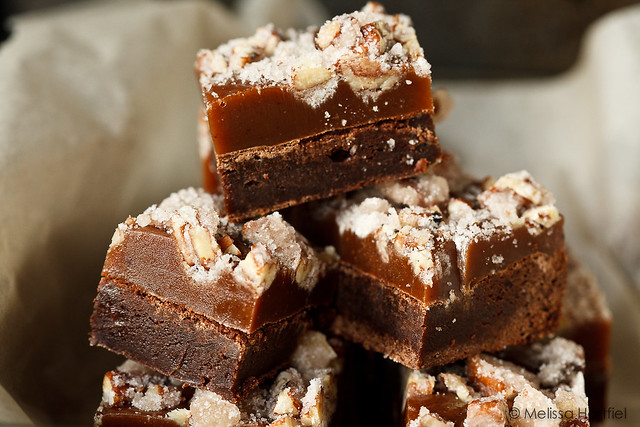 They're healthy because they use low fat condensed milk... or something like that...

I don’t particularly enjoy shopping at the best of times – mostly because most companies make it a really painful experience.  I only bring this up because buying the ingredients for these brownies was enough to make me really grumpy early on a Saturday morning and that fact in itself makes me grumpy. 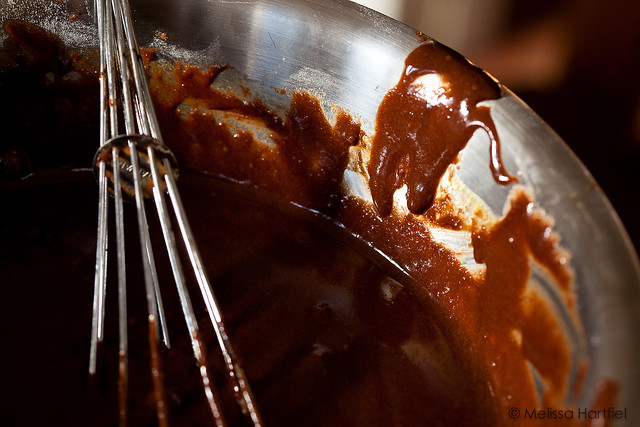 you know you want to take your finger and swipe up that bit of chocolate...

That last one really burns me.  You want my money?  Work for it.  This is why I usually go to Safeway and use the self-serve checkouts…

Which brings me to my next point.  Retail is NOT hard.  And before anybody jumps all over me… I spent my entire high school and university life working as a cashier and a head cashier (that’s why I use the self checkouts – I’m WAY faster than most of the grumpy cashiers one has to deal with).  I spent my first years out of school working as a cosmetician, a cosmetics buyer, a store manager, a store buyer and then I spent 10 years working in the head office for a national retail chain.  I have paid my retail dues.  I am allowed to complain.

It just steams me when I’m looking for help or waiting in a lineup and there’s staff – especially management – standing around watching… ooops sorry, I mean “assessing things” with fingers up their noses.

Ok, end of rant.  I did make it out with my stuff and the end result made up for the wait. 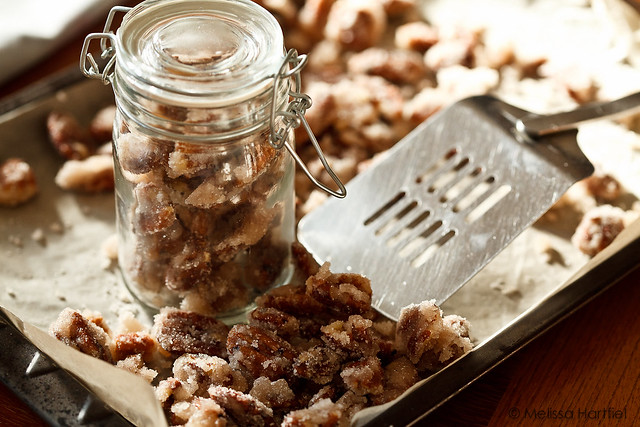 It makes lots - you can eat a few an nobody will know...

I overheard two of my favourite ladies on Twitter, Tricia at @everynothing and Kathya at @chocoKat718 (Tricia writes an excellent blog and Kathya takes some of my favourite food photographs – she does her own thing, that one.) talking about the new Donna Hay iPad app a while back…

Not wanting to spend any money, I was going to resist until Tricia told me the app was free AND so was the first iPad friendly issue of the magazine… uhhhh… ok… sold!  The first issue was absolutely gorgeous and it’s definitely one of the better cooking apps I’ve come across – very friendly to use when you’re in the kitchen up to your elbows in butter and sugar.  They did a great job – I recommend checking it out. 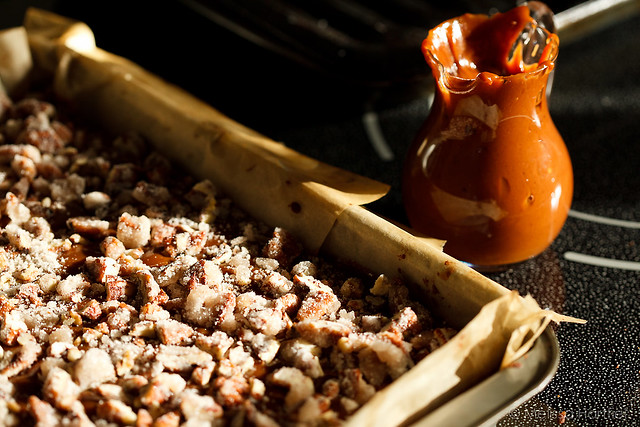 You'll have a lot of caramel left over too - just be careful before you dip your fingers in - it's hot!

I have to confess, I adore Donna Hay cookbooks just for the photographs.  I could drool over them all day – the books are works of art.  But I’ve never had great success with a Donna Hay recipe.  I’m not sure why – maybe because the ingredients are all in metric, which is one place Canadians haven’t really metric-ized.   Or maybe it’s because the instructions aren’t detailed enough for me?  I’m not really sure.

But I couldn’t resist these brownies.  So I gave them a whirl and… well… I had some issues.  The end product was soooo tasty but I don’t think it was exactly what was supposed to happen.  Toffeeing the pecans didn’t go so well.  The sugar salt mixture didn’t dissolve properly, despite adding a little more water.  It made waaaaaaaaay more sugar mix than was needed for the amount of pecans called for (seriously you can easily double it to 2 cups of pecans and make some for snacking nuts).  I also didn’t chop the pecans fine enough – to clumpy. 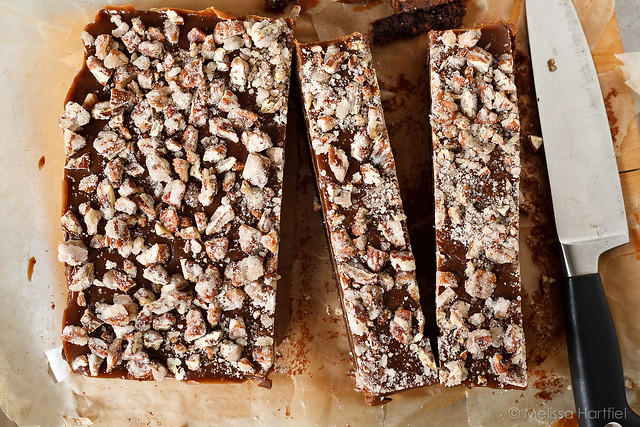 But I looooooved the caramel.  This was a different way for me to make it and it was so good.  It firms up very quickly and quite hard so it’s not a good pouring caramel sauce but it’s great for candies.

This is the recipe how I made it – a little different from the Donna Hay recipe, which you can find in their first iPad issue.  A trick for getting the metric ingredient amounts: buy what you can in bulk and weigh it on the scale in the store – they’re very accurate. 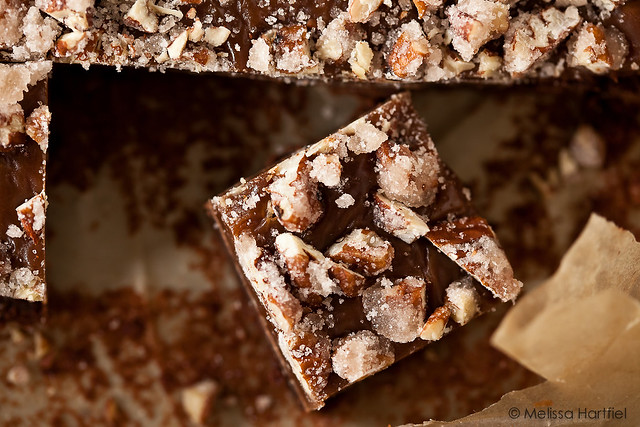 Print
Prep time
30 mins
Cook time
50 mins
Total time
1 hour 20 mins
Author: Donna Hay Magazine - adapted by me
Recipe type: Dessert
Ingredients
Instructions
Notes
the recipe says it serves 12 but I easily got twice that many brownies out of this - they are very rich. I also had a lot of pecans and caramel sauce left over and as you can see from the photos, I didn't skimp on either.
2.1.7

I shot these over two days.  The 2nd, 3rd, and 4th photos were taken while I was making the brownies between 11 and noon when I had some good light.  The rest were shot during the same time frame but the next day.  They are all pretty much straight out of the camera – all I added was contrast, sharpening and I manually tweaked the white balance on a few.  I didn’t even use a reflector on the first day (I did on the second).

The caramel photo was shot on top of my stove (you can see my burners!) where I don’t normally photograph.  But the light was kind of cool coming in through the window so I played around with it a bit.  Didn’t really turn out as I’d hoped.

234shares
Coca-Cola and a Time to Play
Christmas Biscotti