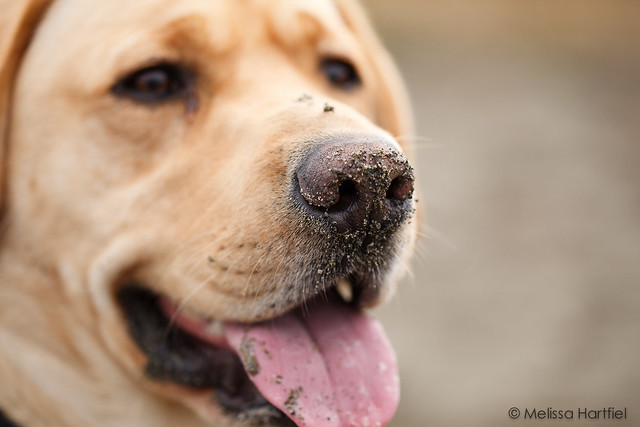 Any excuse to post a photo of my handsome fella...

If you read this blog with any consistency, then you probably know more about my dog than you do about me.  People, who are not dog people, tend to think a dog is a dog.  If you’ve owned one, or been close to one, you know they’re so much more than that.  They have personalities as unique as yours and mine, complete with quirks and oddities.

Sam is still young so I’m still figuring him out.  He’s not my first dog but he’s the only dog I’ve owned that’s been truly mine.  I’m his human, no ifs, ands or buts (even if he is a shameless attention whore!).  For the most part he’s a very smart, social, happy fella, always ready to play a game or fetch a ball.

But he has this ridiculously stubborn streak that’s started showing itself recently (I think this is one of those instance where he’s taking on his owner’s character traits…). 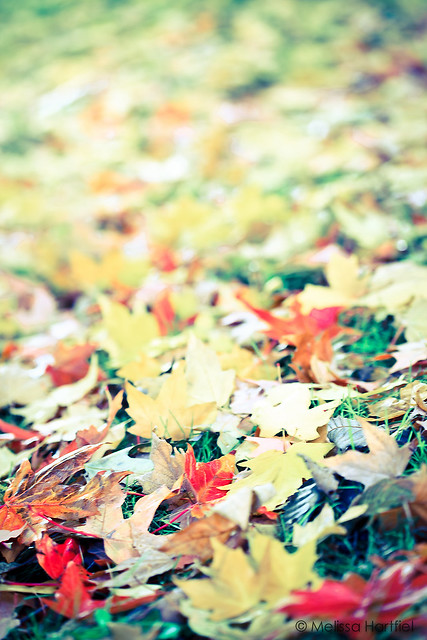 If you take a photo lying on the ground, it will look different than if you stand up to take it...

We have a local trail a few blocks from home that we walk around a few times a week.  There are two trail heads, separated by a street entrance into the park.  If we start at the first trail head we come across, we’re forced to go around counter-clockwise.  If we cross the road and take the second trail head, we walk the trail clockwise.  Whichever direction we walk in, it’s the exact same path!!

I usually start out on the trail head closest to us… it’s just habit.  Once or twice, I’ve crossed the road and started from the other direction for whatever reason.  Sam has suddenly taken a notion to only wanting to walk the trail from the second trail head.

As soon as we get close, he starts pulling gently on his lead to the crosswalk.  I tug back.  He pulls a little harder.  I pull a little harder.  He digs in, and at 75lbs of muscle, he can, if he chooses, get the better of me.  He’s been trained to sit at crosswalks before crossing so he will plant his little bum down on the curb and do his absolute prettiest sit-stay pose – totally pretending that he has no idea I want to go the other direction.  If I pull him back my way, he resists but eventually comes along and then sulks for about the first quarter of the trail (which is actually hilarious). 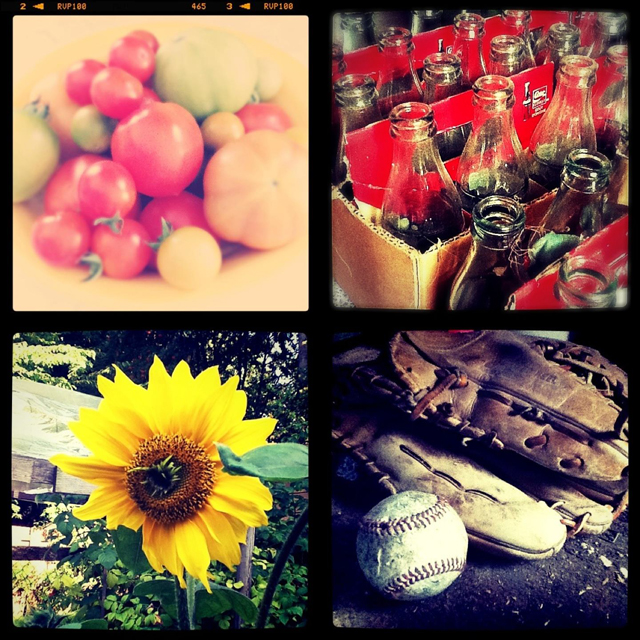 So, we’ve started walking his way the last few weeks.  And here’s the thing: it’s NOT the same trail!

And that’s when I realized Sam’s a pretty smart dog.  He knows when I need to shake things up a bit (and oddly enough, this week, he’s been totally content to start at the first trail head!).

It’s so easy to get caught up in doing things the same way every day. Photograph a dish from the same angle, in the same room, on the same table, with the same light source and the same rustic wooden board or tabletop. Over and over again.  Because it’s just what you do. 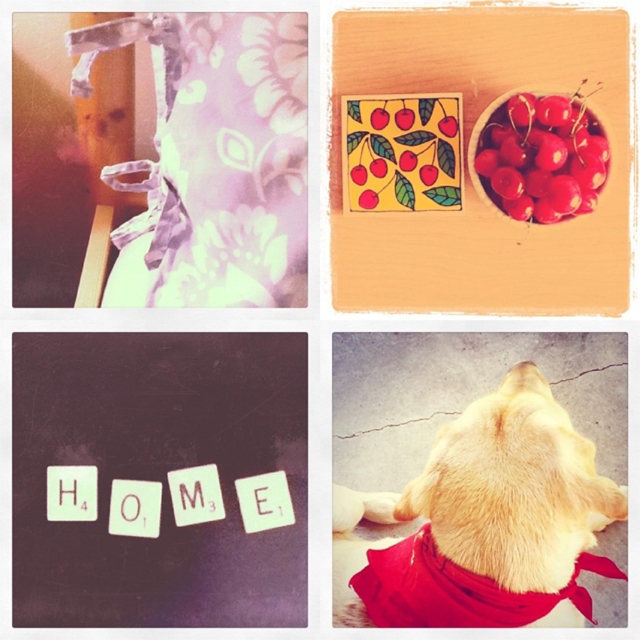 Early morning light, Cherries (used this to frame a photo for my DSLR), Sam, home from a long road trip

Does it mean you’re taking a bad photo? Not at all.  The walk from the first trail head is a perfectly lovely walk.

But it does mean you’re seeing everything the same way and not even noticing.  Who’s not guilty of that?  Sometimes, I’m busy and I just need to get Sam walked and so I do what I always do.  Just like some days, I need to take that photo and write the post.

Sometimes, it’s good to stop yourself (or get your dog to do it for you) and say “what would happen if I went this way?”  And then do it!

Back in June, I started a mini photo a day project using only mobile devices – either my Blackberry or my iPad.  Originally, it was just going to be a 30 day project but I extended it to 100.

Most of these never saw the light of day outside of a Facebook album I created so I thought I’d share a few – all taken with my iPad. 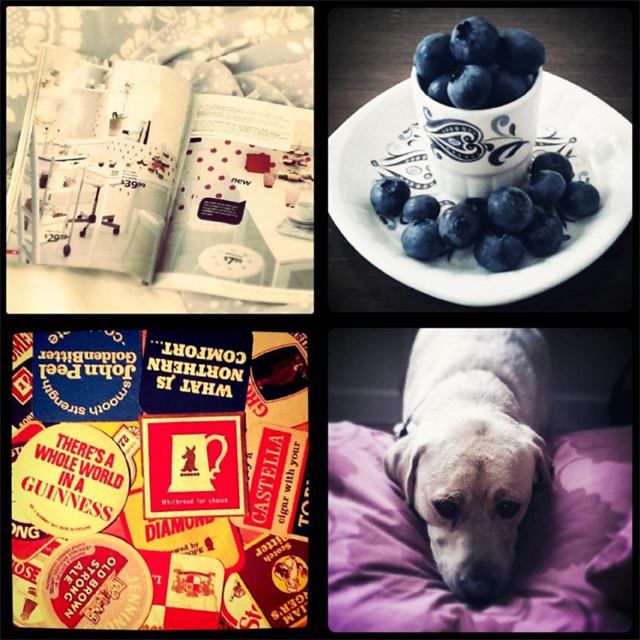 I thought it would be a great way for me to learn some of the neat iPad photography apps and play around and join some of the fun on instagram.  And it was! It was a great way to improve my framing and I enjoyed messing about with the post processing goodies that come with so many of the apps out there.  I actually took a few photos that I retook with my DSLR because I liked the framing I’d achieved so much!

It was a very interesting lesson in changing my perception and vision.

I took some of my favourite photos that I’ve taken in a long time with those toys.

But here’s the thing… I’m done.  I’m done with over processed square images.  I’m craving sharp, clear, crisp images full of colour in a full frame.  I miss taking the time getting it right in the camera.  Isn’t it funny how that worked?  Messing around with something different has clarified in my head what I love about photography and the type of photographs I like to take. 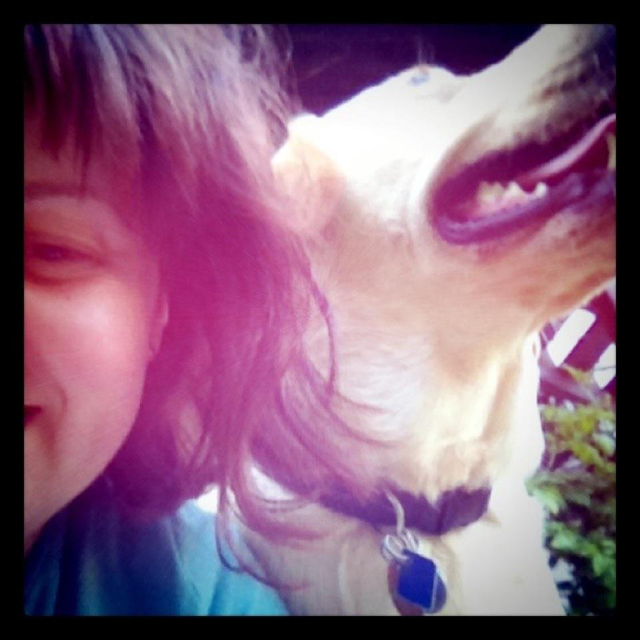 this is my favourite photo that I took - it's me and Sam sitting in the grass one summer night.

So, by taking the time to change my perception, I actually clarified it.  Weird, eh?  I’m still processing that in my head.

So, take a lesson from Sam: sure, take that same path next time you take a photo but this time, do it backwards.  You never know what will happen!