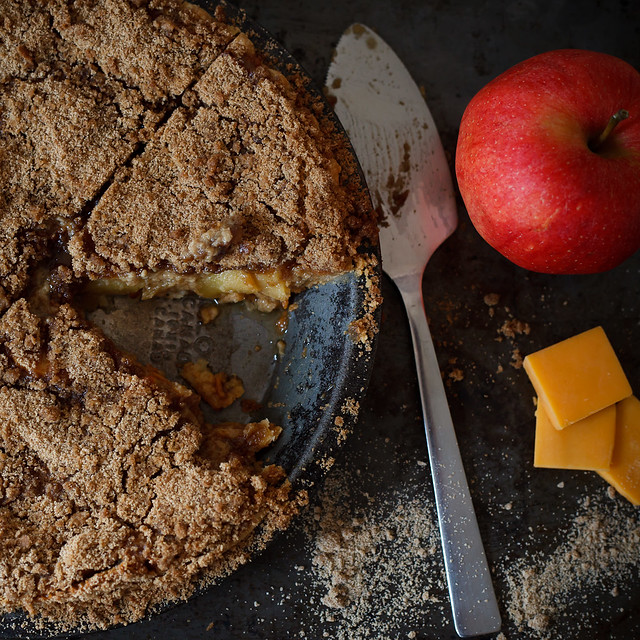 Who does not love pie?  Seriously – it’s pretty much the perfect dessert and it takes literally 10 minutes to throw one together.  At least, that’s if you follow my “I will never make my own pastry again” rule.  If you insist on making pastry, it’s gonna take you a little longer and a whole lot more mess.  At least, that’s what happens when I make it.

Anyway, enough about my pastry rants.  You all know them. 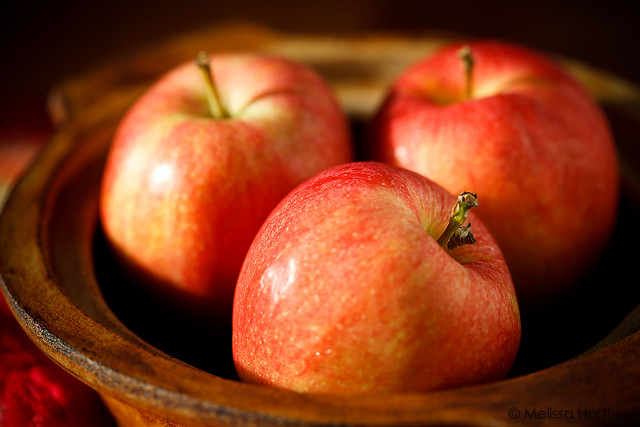 Everytime I think of apple pie, I think of Seinfeld and the episode where Jerry’s current girlfriend absolutely refuses to eat any of the apple pie he offers her without giving a reason as to why.  She’s crazy right?

But the best part of the episode is where he asks two strange women sitting in the diner booth behind his why one refused the other’s offer of pie.  The following conversation ensued:

JERRY: (Jerry gets up and walk to these persons) Uh… Excuse me. I couldn’t help but notice you offered her a piece of your pie.

JERRY: And you waved it away.

JERRY: Did you give her a reason?

JERRY: You were full. So you gave a reason. You didn’t just shake your head.

JERRY: Exactly. You’re not a psycho. You’ve been very helpful. Thank you very much. Allow me to leave the tip. (sits back with Elaine and Kramer) Well, I think we proven who the psycho is.

ELAINE: We certainly have.

It totally sums up apple pie.

This recipe is one from my mom’s recipe box and I have no idea where she got it from but, it is my all time favourite pie recipe ever.  That’s right… EVER. 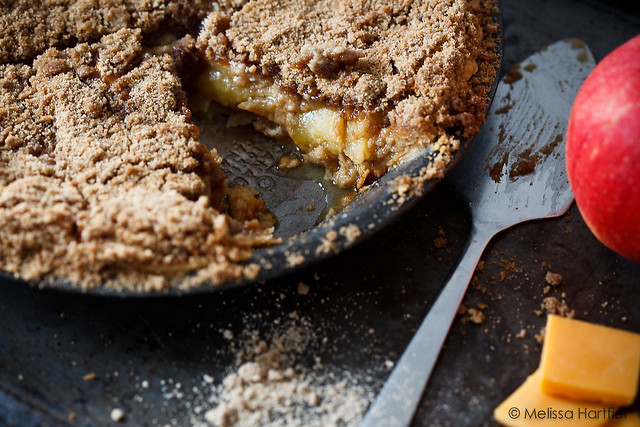 I actually don't serve apple pie with cheese but it says to on the recipe card. Just following instructions!

A lot of people kind of scrunch up their faces when they hear the sour cream part but oh man… that is the best part.  It’s not sour at all when you cook it and the apples sort of… marinate in it while they’re cooking and mmm… yum.  I make it once a year and I have been known to eat almost an entire pie on my own (not in one sitting!).

And I find, personally, that this pie is actually better served cold.

I suggest that you use the tartest baking apples you can find – the sour cream sauce is actually very sweet and if you use a sweet apple, it can almost make the whole pie too sweet.

I also find, when I make this, that I have way more topping left over than needed so while I’ll give the original recipe here, feel free to cut the topping in half. 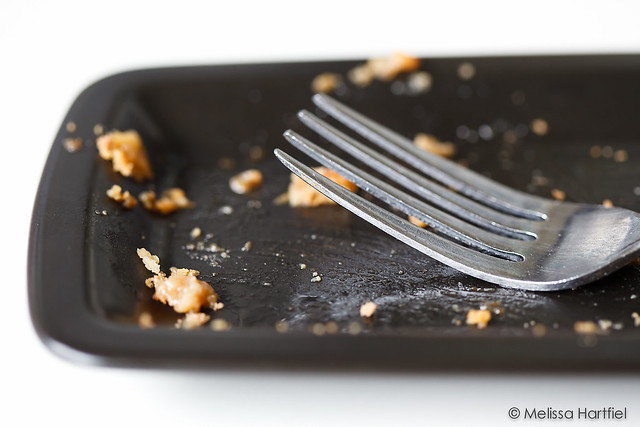 This is what happens after people get a taste...

Time for the recipe!

This was actually a very quick shoot.  The bowl of apples probably got the most attention.  I shot the first three images on my kitchen table with the light from the window to the left and a piece of white foam board on the right to deflect light back on the food and cut down on what were, quite dramatic shadows that time of day.

Tip for shooting pie: Pie always stumps me – it’s so hard to get a perfect slice.  The filling oozes out, the crust crumbles and it’s all a big mess.  So my solution this time was to shoot the pie with the slice missing!  You get a little more interest than a full pie and you minimize the mess and make it easier to photograph!

Image 1 f/4.5, 1/160th, 50mm, ISO800, no exposure compensation.  This was cropped down to a square image, something I rarely do but it worked for this photo.  Post processing in LightRoom was tweaking the contrast, sharpening, adding a small lens vignette, and cropping.  I also Dodged the inside of the pie plate a bit because it was quite dark.

Image 2 f/3.5, 1/3200, 100mm, ISO800, no exposure compensation. I change the White Balance in camera to Daylight so it didn’t feel so cold.  Post processing was sharpening, contrast tweaks and a little bit of dodging on the highlight of the front apple to make it pop a bit.

Image 4 f/3.5, 1/30, 100mm, ISO800, no exposure compensation. The last photo was shot on my office desk literally after I had just finished eating a slice of pie.  I have a white desktop and the light was from my big window to the right and my iMac in behind (white on the screen!).  Again, contrast, sharpen, and get ‘er done!