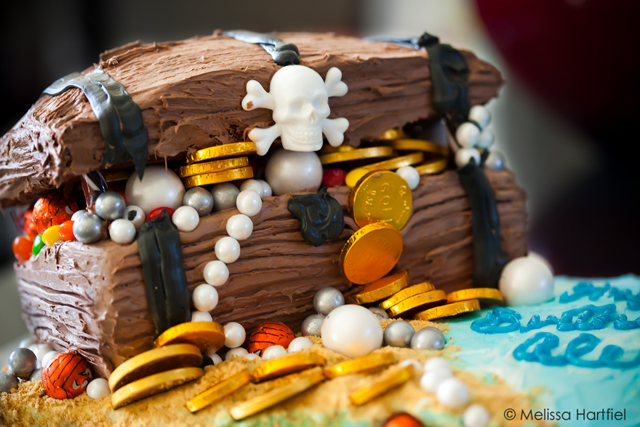 Arrrrr... thar be treasure buried there

Sometimes, people make really awesome food and I get to photograph it.  This is something I love.   It means I don’t have to make anything, or wash any dishes… I just get to take photos and be all “artsy”

This makes me ridiculously happy 🙂 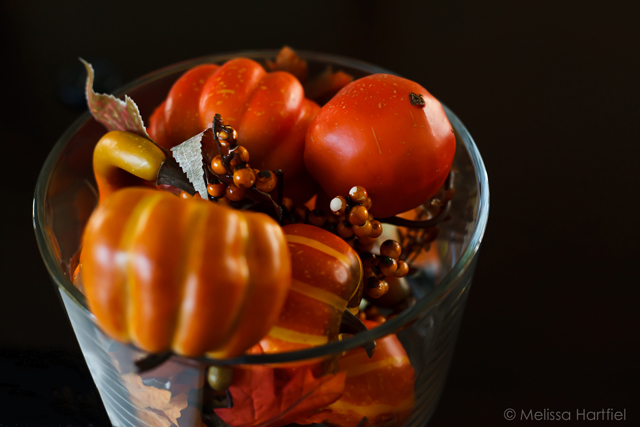 A warmup run on their dining room table centrepiece...

My friend “Blondie” (not her real name but it’s what we all call her.  She’s not a redhead, in case you were wondering…) is really just a frustrated artist.  We’ve known each other since we were about 10 when we met at a friend’s birthday party.  Years later, she wound up marrying one of my oldest friends in the world, Donny Vegas – who you met in the PNE post and whom we have all decided lately, bears a striking resemblance to Wil Wheaton and his latest appearance on the Big Bang Theory.

Anyway, she has a very successful career doing work that is not artistic and then in her spare time she paints, and refinishes furniture, and writes, and bakes and always has a lot of projects on the go.  She makes me feel very lazy most of the time! ;). 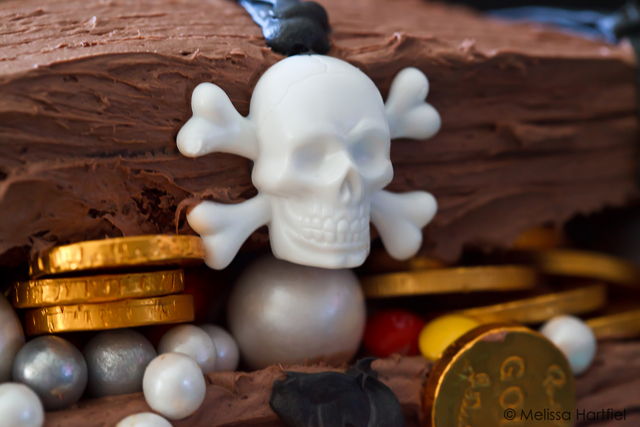 When it comes to birthdays, she goes all out.  She’s made some pretty cool cakes but this year, her son asked for a Treasure Chest.  She obliged and posted a photo on facebook and I was blown away.  She jokingly (I think) asked if I would come photograph it before the party that night so she could start her new career with some professional photos.

Ummmm… hell yeah! Not often I get to take photos of something that cool – god knows my cakes never look anything even remotely like this. 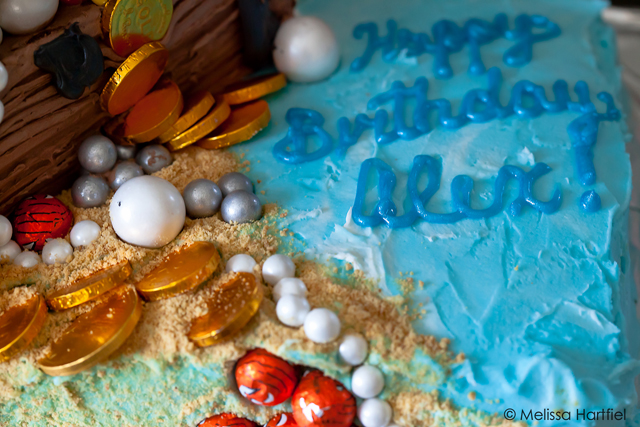 So I packed up my gear and headed over to shoot this cake before a truckload of pre-teen boys snarfled it up.  The entire cake was edible except for the skull and crossbones. The lid on the chest was held up by candy canes and the sand was made from crushed graham cracker crumbs! 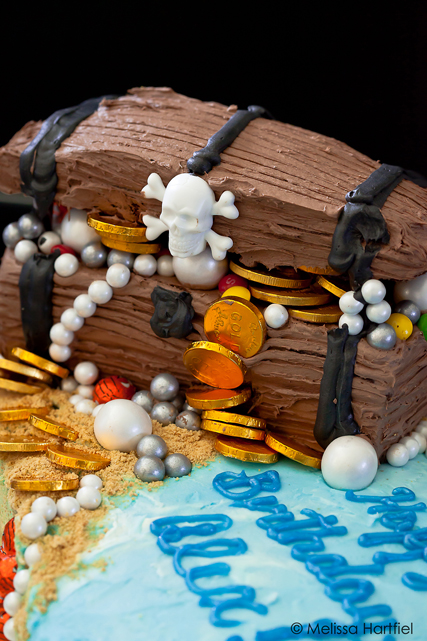 This was fun! I had a helper with Miss Katherine holding my reflector for me.  Keep in mind, this was purely in a bid to hurry me up so that I would go play Rock Band with her.  We have to play a lot of Taylor Swift songs.  Did I mention she’s 6?  She sings and I play the guitar.  We rock out.

I did rush a bit more than I would have otherwise and shot everything hand held when I probably should have used my tripod.  I photographed these at a higher ISO than I would have liked – we didn’t have a lot of natural light available to us. 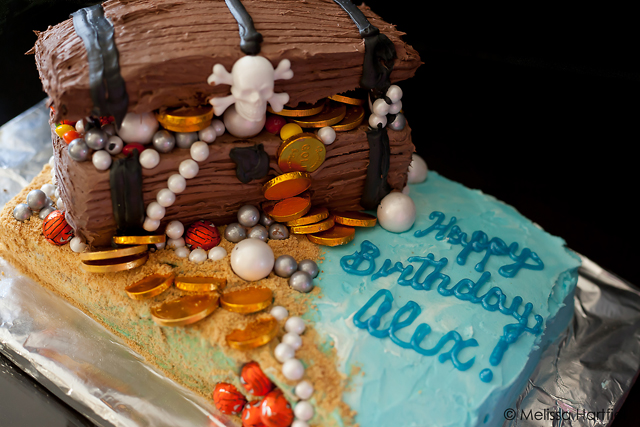 But, it was a fabulous cake and thanks, Blondie, for asking me to come over and take the photos.  Next time I better get to sample some!

All the photos except for the pumpkins, were actually shot on a coffee table in their living room.  The table was a dark wood and we used a piece of black foarm board for the background.  A few were shot with a black reflector to the left and a few were shot with the reflector (again black) to the right.  I shot them all with an ISO of at least 1000 and a few were with 2000.  I do not recommend that you shoot with an ISO that high on most consumer DLSRs.  Use your tripod.  It will introduce a lot of grain into your photo, which you do not want for something like this.  I flipped between using my 100mm macro lens and my 50mm 1.8 lens and I was pleased with how both of them did.  Post processing was just tweaking contrast, saturation/vibrance and sharpening!