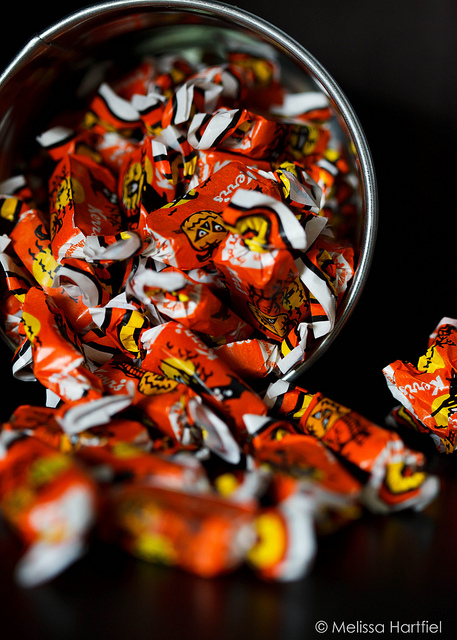 I’m going to warn you right now… there’s going to be some rambling in this post.

You see, I really wanted to post my very favourite cookie recipe.  I got some great autumn images with the cookies that involved a lot of leaf collecting, twine, reflectors, improvised setups and a frustrated puppy.

But honestly?  Last week was lousy.  For so many small reasons.

We all have weeks like that.  One small thing falls and then another and another and before you know it, you have a big pile of ick.  And it makes you feel unsettled and unfocused and… well… kind of lost.

Steve Jobs passed away last week.  You probably already know that.  It’s sorta been in the news a lot.

Strangely enough, his passing set off a small but odd chain of events in my little eco-system.  It’s funny how things like that happen…

The day after, How Magazine, – they’re a magazine and resource for designers – sent out a tweet asking designers to recall the first time they worked with an Apple product.  My mind started to wander back… a looooooooong way back.

1984/5.  7th grade.  Mr. Malloy’s class.  There were 4 7th grade classes that year but we were the only class in the entire school who got a computer. A Macintosh.  I’m not really sure why.  We asked Mr. Malloy if we could make a school newspaper with it and he agreed.  And the Great Gray Chronicle was born: 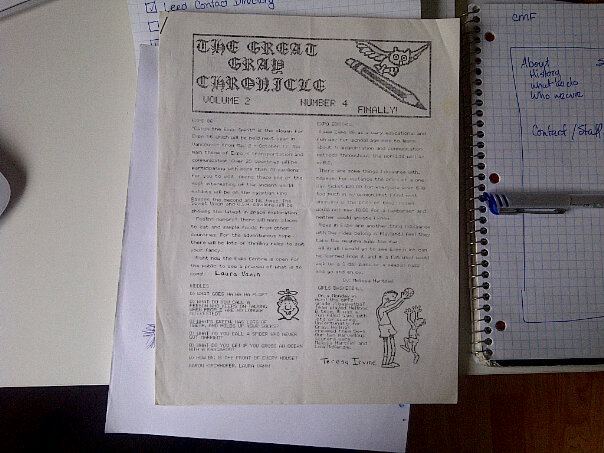 I’m fuzzy on details but I remember after our first couple of attempts, the school agreed to purchase some newspaper publishing software (the results of which you see in the photo above).  I remember laying it out – spaces had to be left for the comics that a few guys in the class drew.  They were glued on (no scanners!) to the original copy and then we photocopied them all.

It got me thinking, I knew I had some copies of the newspaper somewhere and I set off on a search.  I found them, in a stuffed to the gills, 3 inch binder hidden, in a big Rubbermaid tote in a closet.  That binder contains hard copies of every piece of fiction I’ve ever written: short stories, poems, and even my NanoWriMo novel from 2005 (I did it on a dare!).  It stretches all the way back to when I was 7.

I poured through it all and felt something that had been nagging in the back of my brain for months now, start to move slowly to the front…

I miss writing fiction.  I’ve always had journals and notebooks floating around with scribblings and story ideas and half written short stories.  Hardly anybody ever sees them.  I just write them for me.  Because it’s something I’ve always had to do. I found an mystery story I started a few  years ago and felt the pull even stronger… I knew I needed to get back to it.  Maybe not writing is what is causing all the chaos inside my head lately.

At the same time, all during last week an old friend, a writer,  had been trying to reach me.  He disappears for months and then pops up unexpectedly – always starting off with “what have you written lately?”

I kept putting him off, not being in the right frame of mind to talk to him… it’s a complicated relationship and with my lousy week, the conversation would not have gone well.

And then disaster struck first thing Friday morning.  My iMac went into deep grieving for Steve Jobs.  So deep that it rejected it’s hard drive completely.

Have you ever just wanted to put your head down on your desk and sob?  I did.  Over a computer.  But I love my Big Mac.  It’s ridiculous but I do.  It makes me so happy with it’s big screen and its sleek design.  It does a million things at once and it lets me have windows open all over like a big ol’ bulletin board.  I can Skype without a headset and movies look better than they do on my TV and I don’t need speakers for my music and… and… I just loves it.  And seeing it die before it even reached it’s second birthday made me sad.

It also made me dread how much it was going to cost my pocketbook.

So I went out for lunch with friends and barely heard a word of the conversation.  I was thinking about how much my Mac was going to cost me and wondering how much data I’d lost.

And then I got home.

And sat at my desk.

And stared at the shiny black blank screen in front of me.   And felt ridiculously empty.

I gave a big sigh, logged into my PC laptop and made an appointment for Saturday morning with the Genius Bar at my local Apple Store.

Getting a 27″ iMac into the passenger seat of a pickup truck is not an easy thing to do.  Neither is getting it out of a pickup truck in a jam packed parking lot.  Nor is hauling it through a shopping mall.  There’s a lot to be said for those new fangled laptops.

I handed it over to an Apple Genius who asked me if I had Apple Care.  I grimaced and said “no”.  He gave a quick frown and then asked what my backup situation was.  Fortunately, pretty good.  I had a few puppy videos of Sam that weren’t backed up but everything else was good (or so I thought).

And then he plugged my serial number into his fancy iPhone app and said words that were music to my ears:  you DO have Apple Care! You have 462 days left!

Somewhere, in one of my more lucid moments, I purchased Apple Care (and oh my god, if you have a Mac go buy it… it is soooooo worth it).  So I left my baby with the geniuses, with a promise it would be ready the next day (on a long weekend, no less!). 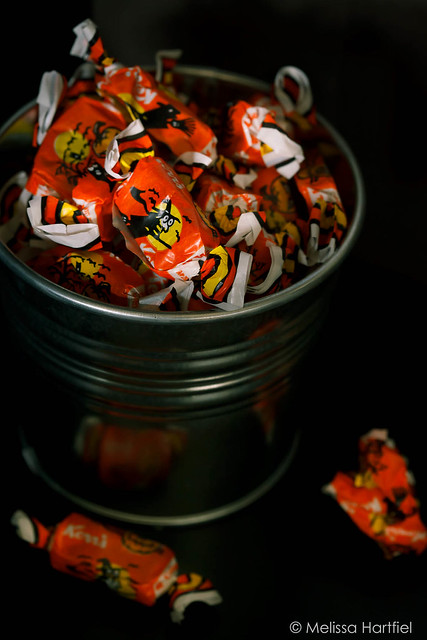 I went home and somehow, not having my computer made me miss writing even more.  The week had been so busy and so lousy and I felt so lost. I wanted to post my cookies and process their photos (I refuse to process photos on this crappy laptop… it’s gross).

On cue,  my phone rang.  My writer friend.  He had an idea… could he run it by me?  Well… why not?  So he started to tell me and oddly enough, I found myself liking it.  Even giggling a little bit.  I asked him if he was going to give it a go.  And he said “well, I was thinking more like ‘we’ could give it a go”.  Did I want to collaborate?

I’m thinking about it.  My role would be small, which is fine with me.  But more importantly, my wheels are turning again. I’m thinking about the snippets from that mystery story I started… they’re calling out, wanting to be finished.  Their story hasn’t been finished.

It’s not that I need another project.  It’s more like I need to write to relieve the pressure building up in my brain from not writing.  And by doing so I can focus on other things. I don’t know if that makes sense or not.

So my Mac?  I got it back.  All shiny and new.  I started reinstalling all my software and restoring my data.  And then I discovered a mistake I’d made when I set up Lightroom.  I thought all my image files were being auto backed up to my external drive as well as my hard drive.  They weren’t.  My RAW files were when I pulled them off the camera and into my LR catalogue but my processed files were not.  I feel so stupid.  Thankfully I still have the RAW files (my “negatives”) but all my processed images post-April are gone along with all the presets I created.  GAH.  It’s not good enough to have one backup system… you need MULTIPLE backup systems.

And the Mac itself?  Now the fan goes constantly at full speed like a jet plane ready to take off.  So it’s going back to the Geniuses.  So I’m not going to restore the rest of my data until I know I’m not going to lose my hard drive again.  And so, you have to wait a bit longer before you get the cookie photos.

Instead, you get Molasses Kisses – my favourite (but absolutely despised by most other people) Halloween treat.  I took them today and put them on the Mac and processed them with Lightroom without creating a catalogue.  I felt a need to photograph something dark.

Both images were shot in manual and with a tripod – when you shoot with dark backgrounds you’re probably going to need one.  Your exposure times will be longer.  You can see I used pretty high ISO, which my camera can handle but which most point and shoots and entry level DSLRs can’t.  With those, you’d need an even longer exposure time so that would definitely call for a tripod.

I used a black surface to shoot on (my office bookcase) with a piece of black foam board to the left.  The background is a wedding invitation that used a funky wood pattern.  The light source was in front of the scene and for the second photo, I held up a magazine with a dark cover in front of the container to cut down on the reflection from the bucket.

The only post processing I did was sharpening and contrast/clarity/brightness sliders.