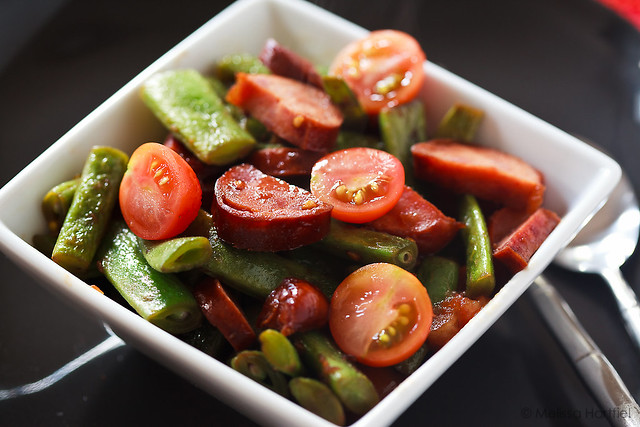 I am a bit glum this week.  It’s Photoshop World 2011 in Las Vegas and I had really, really hoped to be there this year.  I had to miss last year and promised myself I’d make it up to me this year.

But money and other commitments meant it didn’t get to happen and I’m a bit gloomy as a result.  As a designer and a photographer, it is simply the best learning experience I have available to me on an annual basis.  The first  year I went, my head nearly exploded with all that I learned and I only saw a fraction of what was available.  In two days I was able to listen to Joe McNalley, Jay Maisel and David duChemin speak about their craft.  I got to take workshops with Lesa Snider, Terry White and Corey Barker among just a few.  It was inspiring, to say the very least.  I’d have been thrilled just to see one of those people!  This year, Pulitzer prize winning photographer and director Vincent Laforet is speaking and I would soooo love to have seen him.  sigh…

But, I do have something fun to make up for it that I will share with you all!  First, though, you will have to sit through a recipe. Mwaha. 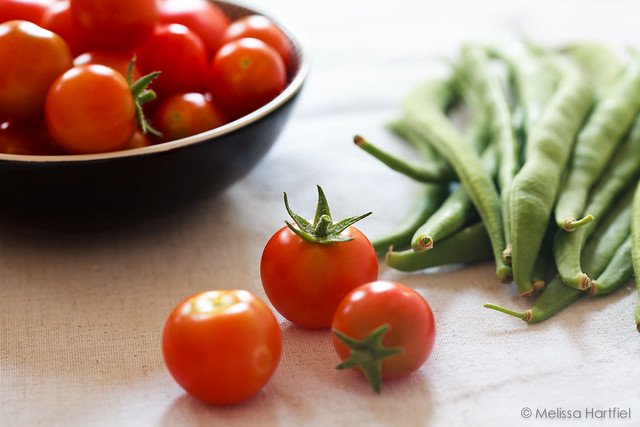 It’s bean and tomato season, and once again, I have a lot of both.  And I don’t care… I love them both so much.  You can  freeze and can all you like but it’s never quite the same as fresh from the garden, still smelling of the sun.

This post was going to be about how being a food blogger doesn’t mean that you have a fancy pantry or how sometimes, when money is tight, you make do with what’s in the fridge and you experiment a little.  But funnily enough, my friend Ethan, over at Tastes Better With Friends, beat me to it this morning with his very funny post on ghetto pasta.  Totally worth a read (when you’ve finished here, of course! lol).

Sometimes, having a garden can be your saviour.  It’s cheap, often prolific, and gives you ready made, very flavourful ingredients without having to go near a grocery store.

I’ve been scrounging a bit for lunches and side dishes lately.  It’s been hot so my usual cheap pantry staple meals of casseroles and such haven’t been on the menu.

This recipe is sooooooooo easy.  And you can use whatever you have on hand in the fridge to make it.  I called it multi-cultural because it’s got a little bit of Asian flare and I used some leftover Ukranian sausage to fill it up a bit.  But you can add any kind of meat, or leave it meatless, as I often do.  You can toss in some feta or parmesan cheese at the end.  If you have sesame seeds on hand they’re a great addition too. 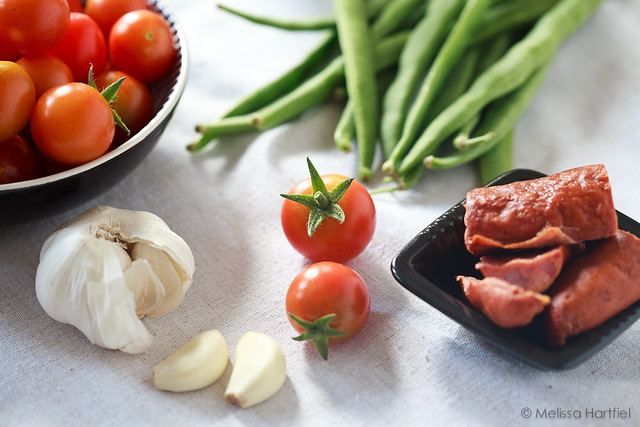 Print
Prep time
5 mins
Cook time
15 mins
Total time
20 mins
Recipe type: Side, Vegetables
Serves: 2-4
Ingredients
Instructions
Notes
this is just a base guide. Feel free to experiment with other sauces or oils and add-ons to the beans. Quantities are a guide depending on how many you are cooking for or if it's a side dish or a lunch.
1.2.4

This was shot on Manual with a tripod, lit from behind the 10 o’clock position with a reflector to the right.  For styling, I actually added a few raw sliced cherry tomatoes as the cooked ones were quite wrinkly.  In Lightroom, I adjusted the white balance, contrast and clarity and did a sharpening pass.  Then I opened the image in Photoshop and removed a tiny spill on the rim of the bowl and did a second sharpening pass.

Both 1 and 2 were backlit shots with a reflector used to fill in some of the shadow at the front.  I used a tripod for both but really didn’t do much different other than add a few more items to the second photo and change the height a little.  Both were processed in just Lightroom with a basic contrast and clarity tweak and one sharpening pass.

I mentioned in my intro to post processing tutorial a few weeks ago that Scott Kelby’s The Adobe Photoshop Lightroom 3 Book For Digital Photographers has become my go to bible.  I love the book.

Well, last weekend, I was cleaning out my office (my annual back to school purge!) and I found a second copy.  I had no idea I owned two!  But apparently I do, and this goes to show why it’s a good thing I purge my office from time to time.  Who knew??

So, while it’s not brand new, it doesn’t look like the spine has even been cracked on it and, given that Scott Kelby is president of the National Association of Photoshop Professionals (NAPP) and NAPP is the group behind Photoshop World, and because I know so many of you are intrigued by Lightroom, I thought this would be much better given to one of you, than sitting on my bookshelf collecting dust.

So, leave a comment telling me your one most frustrating photography issue and you can consider yourself entered!  I will do a random draw next Friday (the 16th).  The draw is open to anybody, regardless of location.

As an aside, I am a member of NAPP and you don’t need to be a professional to join – it’s a wonderful training resource for all things Photoshop! My membership pays for itself every year.  It’s definitely worth checking out if you’re interested in improving your PS skills!

8shares
See You At the PNE
A New Food Venture: Food Bloggers of Canada