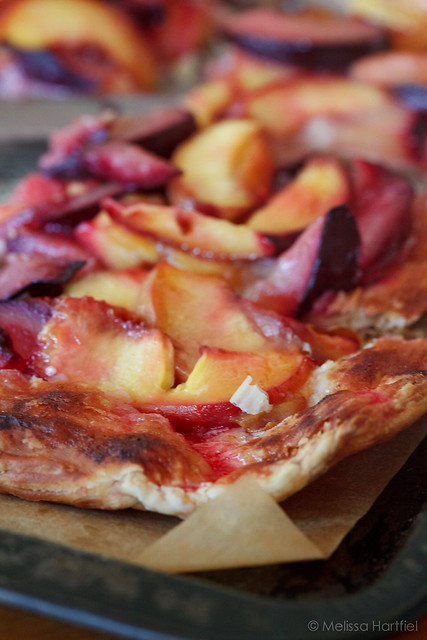 I didn’t realize how long it had been since I’ve done an actual recipe post!  The truth is I just haven’t been in the kitchen much lately at all.  But, we had a little family BBQ on Saturday so I thought I would use up some of the local fruit sitting in my fridge – peaches and plums – and make a rustic tart. A plum/peach combo got some raised eyebrows at first but, it was gobbled up very quickly.

This weekend was our warmest one this  year, but that’s not saying much.  It’s been a cruddy summer.  It hit 25C on the weekend.  How sad is that when 25 feels too hot because you haven’t had a chance to acclimatize to summer?  But it was very muggy – it’s a muggy heat.  Yeah… that’s it… a muggy heat. 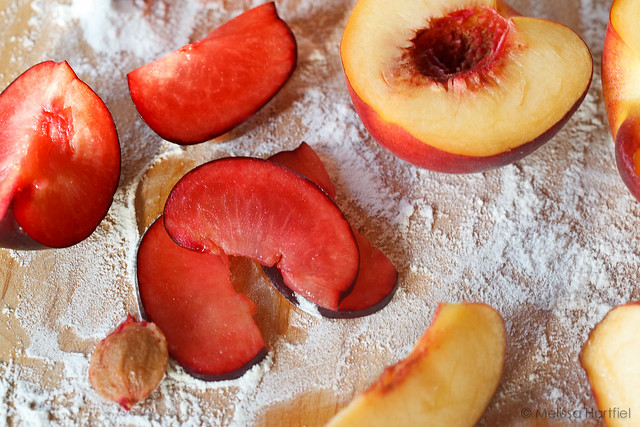 I’m NOT a morning person. I can’t stress that enough…  we just don’t see eye to eye.  I really can’t fathom how people can be so cheery in the morning.  And talking… what is this talking business at 7 or 8am??  (I don’t recognize anything between 2AM and 7AM – it’s a time void).  There’s no talking!! It’s like Tom Hanks in A League of Their Own:

Exactly.  There is no talking in the morning.  No talking. 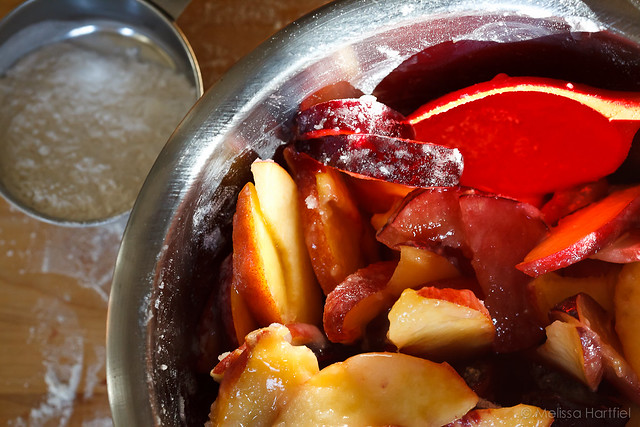 that early morning light on my peaches and plum

But, I wanted to get my oven on and off before my south east facing kitchen turned into a furnace.  So, I got up at 8 (well come on… I’m not going to do anything ridiculous here!) and turned on CBC Radio 2 and rolled out pastry.  It was strangely peaceful.  The dog and my dad (who lives with me) were both still asleep and the  sun was streaming in the window, still too low in the sky to be too hot.  It gave a whole different light to my early photos (one I’m not very skilled at dealing with, given all of the above commentary on mornings…) 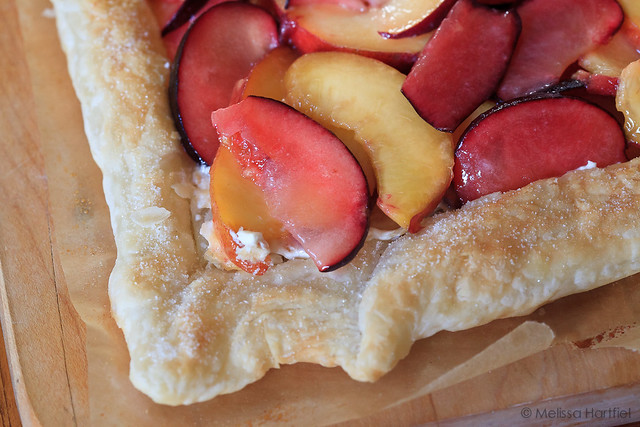 This is a very easy tart to make.  It uses puff pastry, which you to roll out and bake while you slice your fruit.  Once it’s just started to turn golden, you take it out of the oven, spread a thin layer of cream cheese over top and then arrange your fruit mixture.  It will work for almost any type of fruit and if you want to make a savory tart, you can easily do so by using tomatoes, basil, switching the cheese up (goat cheese is a great option), etc.  For a great savory option check out my rustic tomato goat cheese tart. 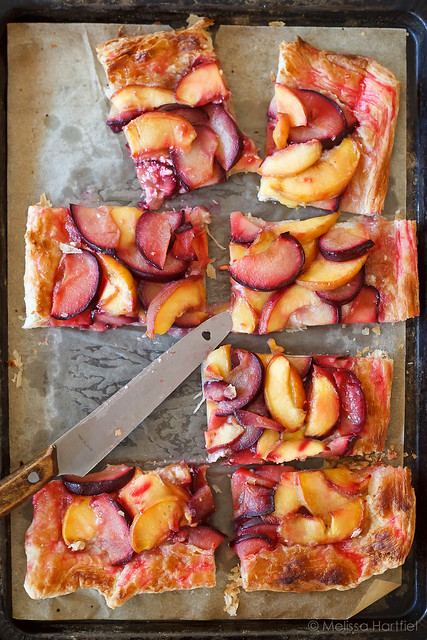 The phyllo gives it a haphazard sort of rustic feel

Once it came out of the oven, I sliced it up, put it away for the BBQ and slipped one corner piece in a little container, woke Sammy up, put him in the truck and we drove down to the river at Deas Island, went for a walk and then sat and watched the tide come in while I ate my piece of tart and he had a dog biscuit. 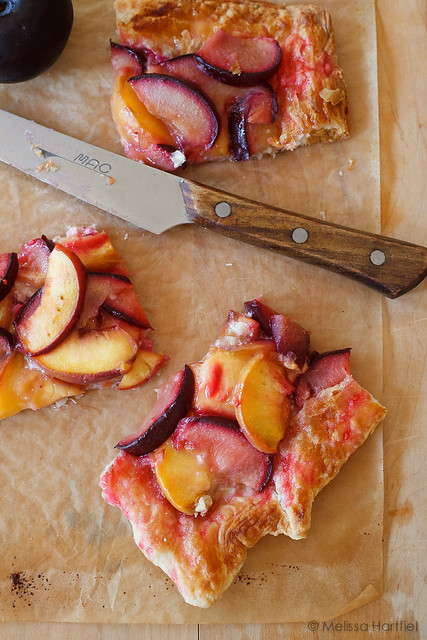 Print
Prep time
20 mins
Cook time
20 mins
Total time
40 mins
Recipe type: Dessert
Ingredients
Instructions
2.2.8
Updated Sept 8, 2012. Editor’s Note:  There was an error in the original recipe where salt was omitted from the ingredient listing.  This has since been corrected.  Salt is not necessary for the final product but a small pinch will help heighten the flavour of the peaches. There has also been some confusion between which type of pastry to use – I used puff pastry, not phyllo.
3.7Kshares
WordPress, Blogger, Designers and other Blog Things (Pt 2)
See You At the PNE