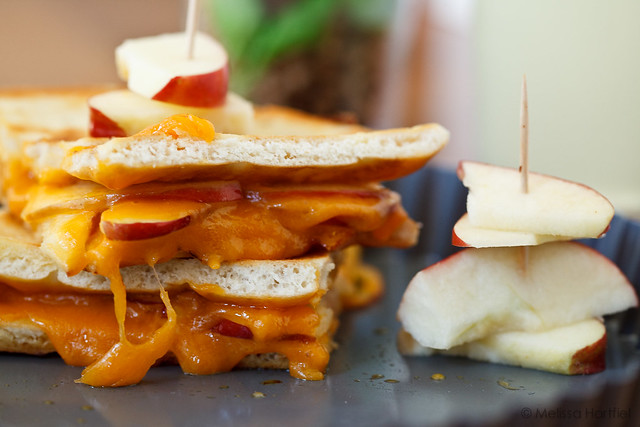 I’ve been feeling a little bleah about my photography lately, especially food. I have this lovely new camera and I should be flying.

But in all honesty, it’s sooo muucch worrrrrk (read that like a mopey 15 year old groaning about having to do their own laundry).  I know my mom reads this pretty regularly (hi mom!!) and she usually tells me in situations like this to just take pictures of something else, or go somewhere new or, well, basically, she’d tell me, in a nice way, to get over it.  And if she was here right now,  I’d be all “but mooooommmm… you don’t understaaaaand.” 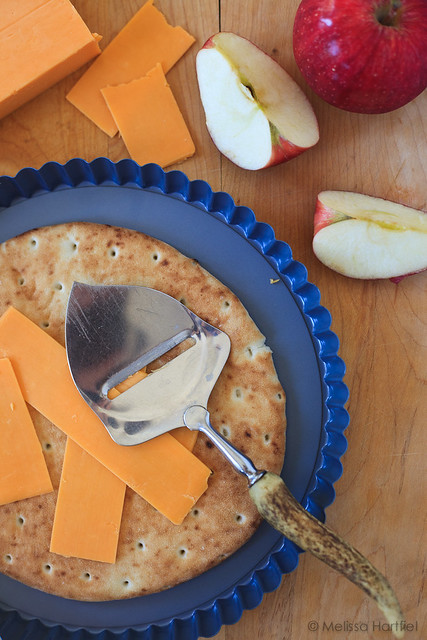 You can see me if you look closely!

I’m still getting used to the camera but most frustrating is, none of my lenses work the same on it.  I feel like I’m starting from scratch and it’s driving me crazy.  My trusty 50 that I could always turn to before is now a stranger to me.  On a small frame sensor camera like my old Rebel, the 50 was more like a true 85mm.  On a full frame sensor camera like the 5D, it’s a true 50 and I’m all thrown off.  It’s all subtleties but, subtleties are what makes beautiful photographs stand out.  I know it’s just practice, practice, practice but in so many ways, I feel like I’ve taken 10 steps backwards.

I hear ya all… “shut up, Melissa.” Right.  I’m working on it all and I’m trying a couple of different things to kick start things back  into gear.  I’ll tell you about those in my next post. 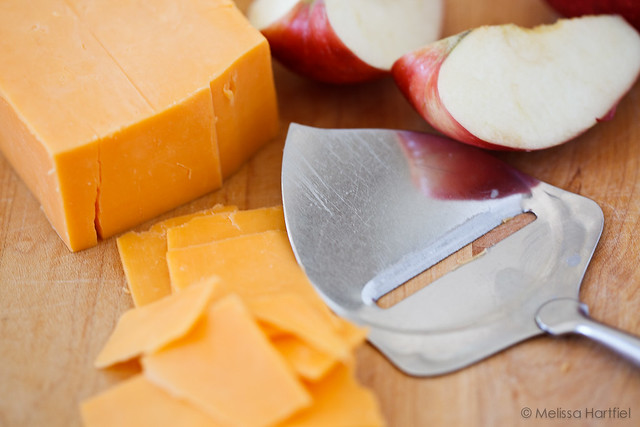 A nice sharp cheddar is a good place to start

In the meantime, I’m going to share my favourite grilled cheese and a little bit about my trusty dog, Sam.  Sam Eye Am. Sam and Eggs, Spammer, Salmon, Moo – he gets called all of those things.  Don’t ask me where Moo came from. I have no idea. But he gets called that a lot.

Sam is a Lab.  Still considered a puppy although he’ll be 2 this month. Lab puppyhood seems to last till they’re about 3, in terms of behaviour.  In other words, you have an extremely active dog for the first three years.  Extremely.  Sigh.

He’s also whip smart.  He hated my photography when he was little.  Would bark at the camera and get very frustrated that he couldn’t see my face.  He’s grown to accept it, in a begrudging fashion.  He’s generally very good about sitting on his lead while I take photos on our hikes until he decides I’ve taken far too long on a particular shot and then I get a warning tug if I’m standing up or a great big slurpy kiss if I’m kneeling down.

But he doesn’t like food photography.  He doesn’t understand all the commotion: tripods moving, big reflectors and foam board taking up space, me going back and forth.  He likes to be as close to me as possible and when I’m constantly moving and he’s underfoot and getting bumped or jostled he gets anxious that I won’t just sit down.  Worst is if he’s told to sit on his bed, away from me.  He gets very blue. 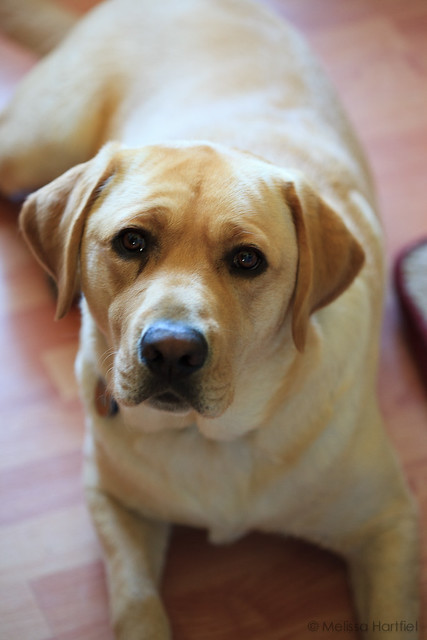 he's so alert because there is cheese in my shutter finger hand...

But today, rather than nervous or upset, he was very interested.  And I suspect that was in direct relation to two of his absolute favourite human foods being prepared: cheese, which is a rare treat, and apples, which he usually gets a few times a week.  In fact, he sat right next to the table where I was working, very attentive, not moving, except to try and sneakily sniff the cheese when he thought I wouldn’t notice.

And I mean really, who doesn’t love grilled cheese.  It’s a perfect comfort lunch and it has so many possibilities!  So many different types of breads can be uses, different combos of cheeses, added extras like fruits or meats… all grilled to perfection.  Cruncy and gooey all at the same time. 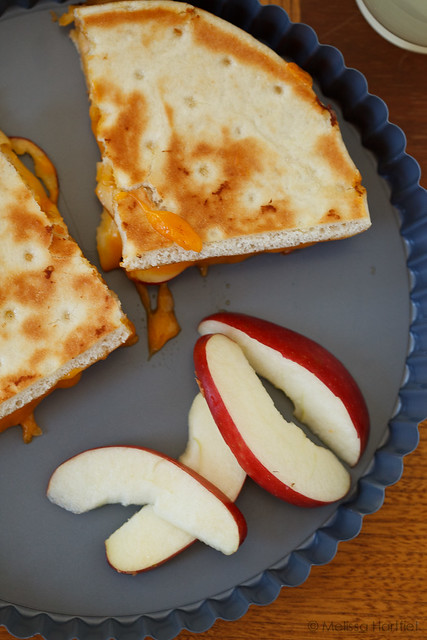 Get all the bits that drip out while cooking and push them back in or drop them on top!

My preferred variations are fruit and cheese – namely pears and apples.  Figs are also excellent but harder to find.  I usually use a nice sharp cheddar because it’s generally what I have on hand and I love the combination of the sharpness with the sweetness of the fruit.

The trick is slice the fruit to the perfect thickness.  Too thick and it won’t soften up enough while cooking.  Too thin and the flavour is too subtle in each mouthful.  You also need to let some of the cheese drip out into the pan so it gets a little brown and then scoop it back into the sandwich so you get that added flavour of, well… grilled cheese! haha. (don’t let it burn though!)

One of my favourite ways to cook it is on naan bread – it grills up nicely, isn’t too thick and one piece is enough for a sandwich.  If you have some garlic naan, that’s even better.  I also like to use a tarter cooking apple but all I had today was Galas.  The layering is key too! 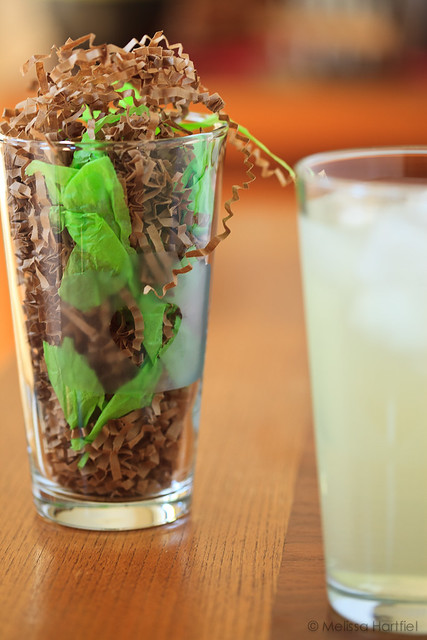 excuse my lousy picture taking... there is a camera with a heart lens of both of these glasses!

Also, check out the super cute glasses my friend Tricia at {every}nothing wonderful made me!  She etched little cameras into them!  I just got them yesterday – she is so lovely 🙂  If you’d like to make your own, she has a great tutorial (with better photos) right here.  I had to use one for a big glass of lemonade with my sandwich, although, they’re big enough to make a great beer glass!

All of the food shots were taken in manual with my 100mm macro lens except the overhead ingredient shot – that was done with my 50mm.  I used a diffusor to the left because the sun was quite hard and a reflector to the right.

The pie plate looks positively blue in the second photo and I’m not too sure why, as everything else looks good.  It’s a steel grey pie plate.  Weird.

My favourite photograph here is the one of Sam – he’s hard to catch well because he doesn’t stay still.  But this is him… just waiting for me to say he can have the piece of cheese!

Quick Tip – if you’re shooting with apples and the flesh of the fruit is exposed, you have a limited amount of time to shoot before they start to turn brown.  A quick spritz of lemon juice (I keep some in a spray bottle in the fridge) will stop the browning and give you more time!

20shares
And the Winner Is…
Improve Your Food Photography: Step Outside Your Box