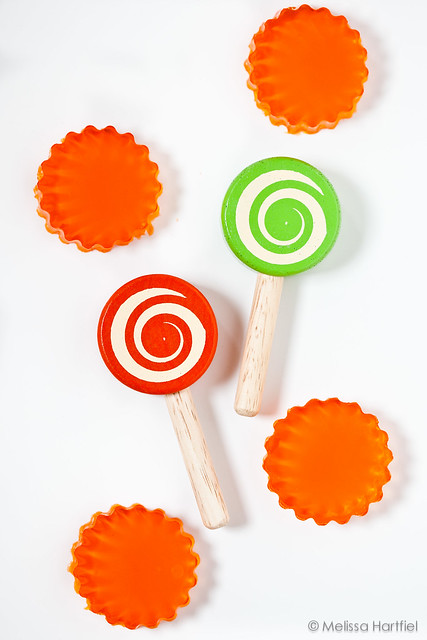 How can you not smile at jello and lollipops

You know, if I had a middle name (which I don’t) and if it started with “E” (which it doesn’t because I don’t), my initials would be MEH.

On Wednesday night, a few 100 jacked up, drunken criminals decided to take it upon themselves to rip apart the city I call home using the loss of a hockey game as a flimsy excuse for their moronic behaviour.

That’s right, criminals.  Not hockey fans.  Real hockey fans do not tear up their own city.

It made me, and millions… that’s right millions of others from Metro Vancouver incredibly angry and sad.  This is not the city we love, not the city that opened up its arms to the world only a little over a year ago.  We are, to be blunt, embarrassed.

The people who chose to do this do not represent the majority.  I want you all to know that.

The majority are the people who headed downtown from all parts of the lower mainland the next morning with brooms and buckets and rubber gloves and started cleaning up the mess.  These are the people who represent this beautiful part of the world that we are so blessed to call home:

The Real Face of Vancouver

Kudos to all of them, to the VPD, to the RCMP and other surrounding police forces who sent in officers to keep things safe, and to the other emergency response people who did all they could.

Lollipops for all of you!!

I had to use this photo today because, even though I’m not particularly happy with it, or the one below, they’re so darn cheery!

I bought these adorable wooden lollipops from Dandelion Kids on Commercial Drive in Vancouver a few weeks ago.  “The Drive” as it’s affectionately know in Vancouver is as funky as it gets (and O. M. G. but it has the best food pit stops).  I followed my friend Neysa in while she shopped for her little girl and let’s face it, I’m just a big overgrown kid who doesn’t need any coaxing for that kind of thing.  They were just over $2 a piece and as soon as I saw them, I had to have them.

I never intentionally shop for food props other than a once a year trip to Ikea when the new catlogue comes out and even then, I have a $50 budget.  All my purchases are random finds but, I always have my eyes open for something interesting.  I just find it’s the best way for me to find things that are different.  If I intentionally shopped for props, I would never have found these because I’d never have thought to go into a kids store as part of my trip! 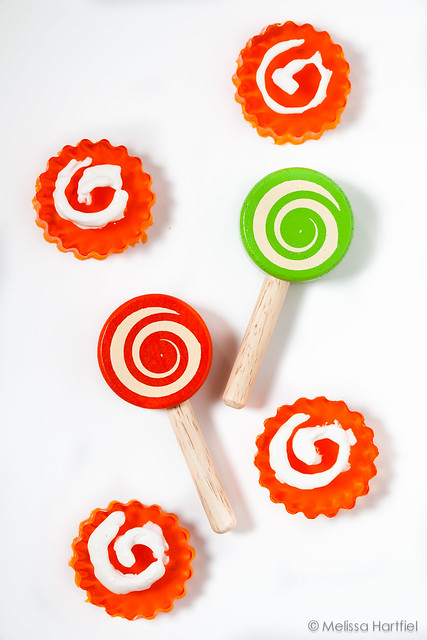 My coolwhip piping skills are a sad, sad, sad state of affairs

The first photo is  moderately better than the second, mainly due to the fact that my Coolwhip piping skills, in a word, stink.  If I’d been better, I think the second one would have been really fun.

These photos are what are known as whiteground images – or at least, they would be if I’d actually achieved that goal.  Whiteground images are where the background is completely white, except for the shadow of the items being photographed.

I didn’t quite make the cut because, as you can see my lighting is not even.  The left side of both photos is darker than the right.  My light source, believe it or not, was coming from the top in both photos and there was a reflector positioned at the bottom to bounce light back up.  It actually looks like the light source was to the left, but it wasn’t.

However, here’s where I messed up (I think).  I photographed these on a white tray with high rims that I think cast a very faint shadow.  I’d have been better to photograph on a flat white surface like a white board.  There were also some smudges on the tray that I could have photoshopped out but I was lazy.

But, this photo was more about having some fun.  I had orange and green jello in the cupboard so I had planned to make green stars as well but the green didn’t set properly because I followed the wrong instructions, so I used those in my Canuck puck jigglers to work out the bugs.  The orange jello worked like a dream though and was really easy to work with.  The trick is definitely to let the jello sit for a day or two, so it’s really rubbery.

I didn’t want to bother making up icing and I don’t own a piping bag so I had to use a ziploc bag with the tip cut off and some half defrosted Coolwhip for the decoration and it actually was the perfect consistancy, I’m just a lousy piper.  You won’t see me on Ace of Cakes making those pretty little flowers!

Both images were shot in manual mode and post processing consisted of upping the contrast and, to a lesser degree, the clarity sliders.

Just a quick reminder about the Food Photography Contest I’m having where you can enter to win either an 5 in 1 Interfit reflector or a gift certificate to Craft and Vision!  Make sure you enter – it’s a lot of fun!