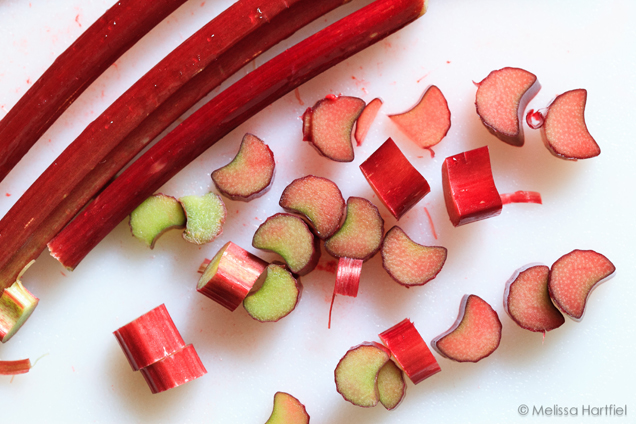 Can you all stand another rhubarb post??  Last one, I promise (mainly because I’m all out of rhubarb, hehe).

Rhubarb Berry Compote is one of my favourite ways to use rhubarb because you can do so many things with it, including freezing it.  I put it on my Cheerios in the morning, mix it with yogurt or cottage cheese for an afternoon snack, add it to smoothies, use it as a topping for ice cream and, I’ve even been known to use it on a peanut butter sandwich instead of jam. 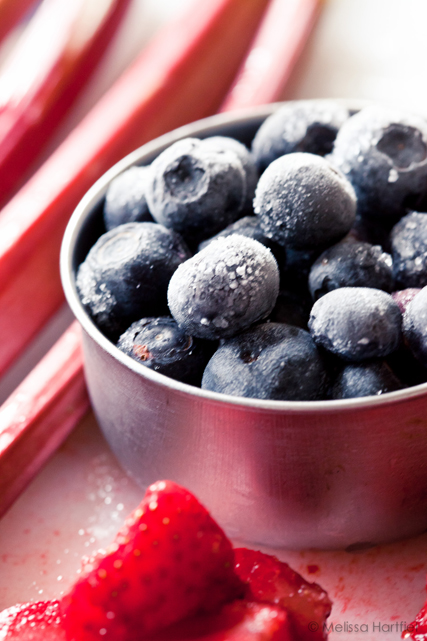 It’s dead simple to make and you can make it with just rhubarb or add any other kind of fruit you think would work well.  I like to add strawberries and blueberries, which also gives it a gorgeous colour.

I think it would work well with plums too but they’re not in season together so if you freeze your rhubarb, that might be an interesting way to try it later in the summer.

Depending on the fruit you add, you may need to adjust your cooking times.

Print
Prep time
5 mins
Cook time
15 mins
Total time
20 mins
Recipe type: Dessert
Ingredients
Instructions
Notes
You can make straight rhubarb compote - just skip the berry steps and go straight to adding cinnamon Berries cook quickly but other fruits (such as plums) may require a longer cooking time. Sugar content can be adjusted if you find this to sweet or tangy This makes a large batch - extras can be frozen
1.2.4 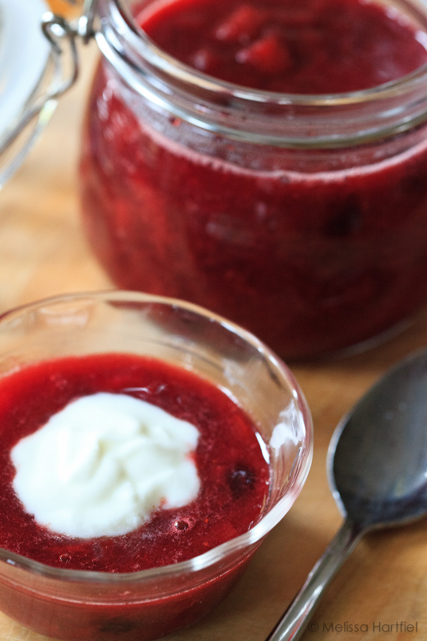 I mentioned a while back that I wanted to get back to photos that are more “me” and Image 1 and 2 are definitely more along those lines: very bright colours, often primary shades with lots of contrast.

These photos were also taken a few weeks ago when I was still struggling with my new macro lens.  I think now I could have improved on them 20 fold.

36shares
Summer Scrambled Eggs and Hockey
Why Food Photography (or any photography), Is Like Golf