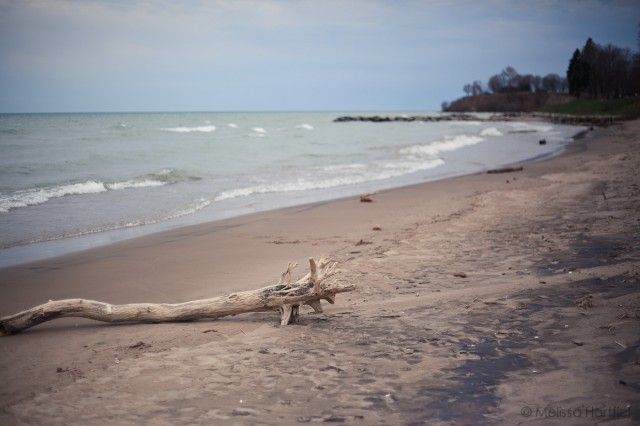 Big breakfast and a cold morning at the beach

I’m a bit of an odd foodblogger because, despite my blog being much more about photography than the food, I very rarely take photos in restaurants.  At least, not with my big camera.

I’m not sure why.  I will do it on occasion but it has to feel right.  And most of the time it doesn’t.  I tend to be a little shy with my camera out in public.  Sometimes, a friend who knows what I do will tell me to take a photo and then I’ll oblige.

Photographers, we’re an odd bunch, to say the least.  We view the world through a lens.  There’s always something separating us from the scene.  Glass, camera body, a shutter.  We absorb it but at the same time, we remove ourselves from it.  We often prefer to be behind the camera than in front of it (I especially feel this way). 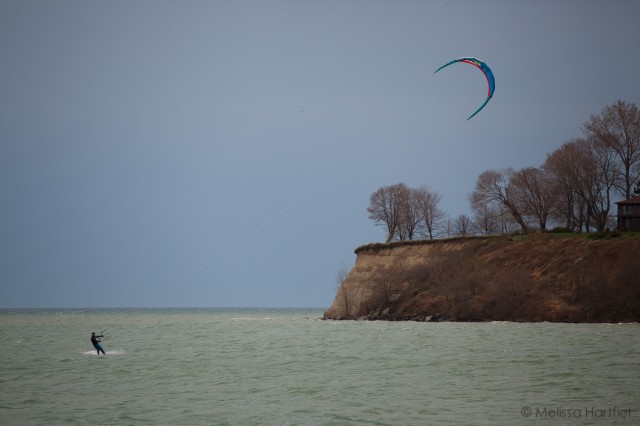 I realized very early on that as much as I love to document a moment, I often feel that by doing so, I’ve let a piece of it pass me by.  I was in attendance but I wasn’t present.  An observer, not a participant. Everyone is different.  I’m sure other photographers feel differently and that’s fine.  But for me, I need to recognize when I should be in the moment and not capturing the moment.  A camera, especially a big DSLR, can be very intrusive. And often, when I’m out to eat, I’m with friends or family and the food is, well, secondary to them.

And so, I spent a week in Ontario, eating, for the most part, some wonderful food in some eclectic restaurants, with some of my favourite people and I took one photograph of the food.  Today’s post is about Oshawa food but the photos are of the sites and scenes that I saw during my two days in the area.

When I arrived at Pearson, my flight had been delayed nearly two hours.  I hadn’t eaten since 6am (a stale scone from the YVR Starbucks).  My ride was also late due to what can only be described as ridiculous traffic for a Saturday.  But, Hank’s an intelligent fellow and had a pretty good idea that the best thing to do to avoid a very cranky Melissa was, to feed her immediately. 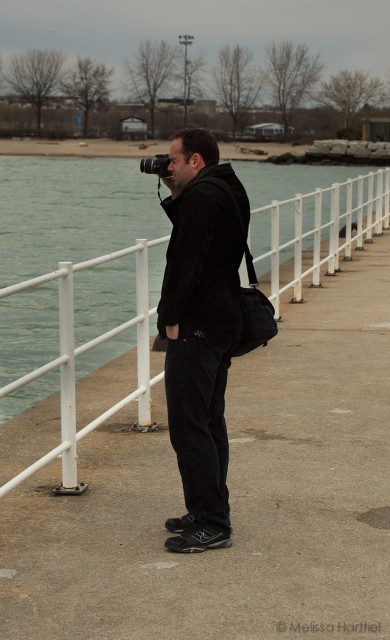 This is how the pros do it: one handed, other hand in your pocket and a toothpick in your mouth 😉

He took me a to a hole in the wall haunt from when he used to work out near the airport: China Garden, serving Haka style Chinese food.  Wondering what Haka style Chinese Food is?  Basically, it’s Chinese Food that tends to use more Indian style spices in the dishes with Mongolian influences.  However you spice it, it’s delicious.  We had the Peking Hot and Sour soup, which Hank assures me is the best hot and sour soup ever. Once we had picked all the mushrooms out of my bowl and added them to his, I was willing to concede it was in fact, pretty tasty.

(editor’s note: The author of this blog has, what many consider to be a very unhealthy and downright weird aversion to mushrooms and does not like even being in their presence.  She is, however, quite open to all other food types). 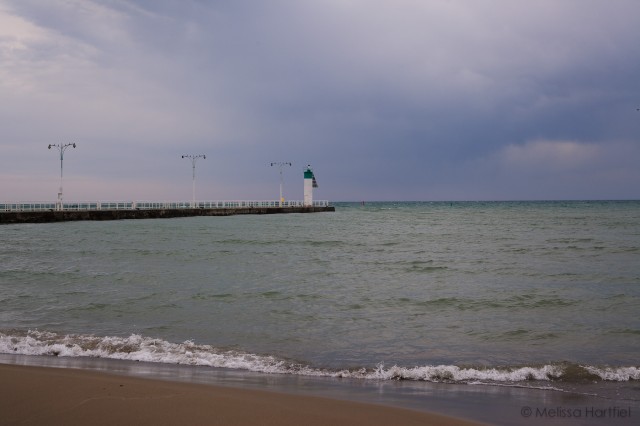 We followed that up with the house special, Manchurian chicken with gravy and Beef with Broccoli.  We had considerable leftovers, which Hank packed up and took home with us and which, I never saw again… hmmm….

Perhaps the best part about our visit however, was the rather loud cat fight that broke out between what appeared to be a chance encounter between an ex-husband and wife and the ex-husband’s new girlfriend.  The new gf had a number of very explicit insults hurled her way, including an invitation to step outside and finish if off in the parking lot.  To her credit, she ignored it all but the rest of the restaurant got a bit of a spectacle.  I didn’t know Dinner Theatre was part of the experience! 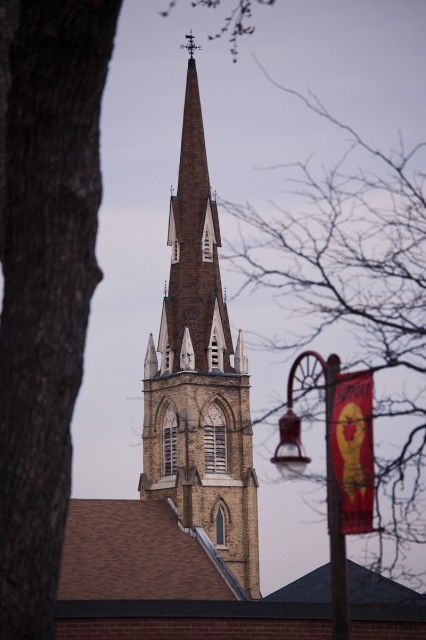 So, after a late evening (I had to stay up and watch the Canucks game, plus, as I mentioned before, I had a pug snoring in my ear all night) of orange and vodkas on my part and rye and gingers on Hank’s part, we decided to do a good old greasy spoon diner for breakfast the next morning.

I’m not a breakfast eater, or a morning person for that matter.  But every now and then, on the weekend, I love a good diner style big breakfast – the kind where you don’t need to eat again till the next day.  This place was straight out of Diners, Drive Ins and Dives.  Packed to the gills with locals, waitresses flying by bumping into each other with massive platters of food, cheerful walls full of old posters and photographs, it’s perfect.

The food was tasty, cheap and fast and the service was quick and friendly.  We both had the Pea Meal Bacon platter and I, being a modest, dainty female and not a breakfast person, asked for two eggs instead of three.  I might as well have said “bring me a 4 litre pail of breakfast food but take out a tablespoon of eggs.” I was presented with a massive platter of scrambled eggs, roasted hashbrowns, toast and 3 huge, thick slices of pea meal bacon.  Slices isn’t even the right word.  They were the size of three very generous pork chops.  I managed, somehow, to finish one of them.  They were fabulous but even this healthy appetite cannot ingest that much meat that early in the morning (or any other time of day for that matter!).  Hank was much more of a trooper.

And what is it about restaurant breakfast toast?  I can’t replicate it at home.  I used to work in a cafe and I could mange it then.  It’s perfect for loading up with butter, peanut butter and jam.  The warmth of the bread makes the butter and peanut butter go all runny and then the jam melds with it all the bread sops it up into its pores.  It’s a little piece of carb heaven.

Great way to start our day out at the beach.  And no, I did not eat again until 8pm and it was a six inch turkey sub from Subway. 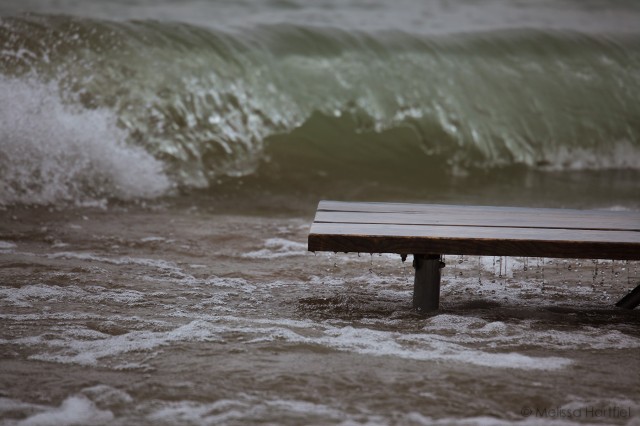 a picnic on the lake... literally

Sushi.  In Ontario.  Always a crap shoot.  And virtually impossible to get a decent piece of salmon sashimi, never mind salmon in a roll.  I prefer salmon so much more than tuna, which is pretty plentiful on the east coast.  Friends always offer to take me whenever I’m in town and even though I’ve yet to find an Ontario sushi joint that comes close to even a mediocre BC one, I go.  I go because I’m a sushi tramp.  I go because I get the shakes if I don’t have a weekly fix.  I go because it’s there and it’s being offered.

On my last day in Ontario, one of my best friends, Michelle, drove up to Toronto from her home in St Catherines to spend the day before I caught a very late night flight home.  We decided to head back up to Oshawa for one last lunch with Hank, who suggested sushi. 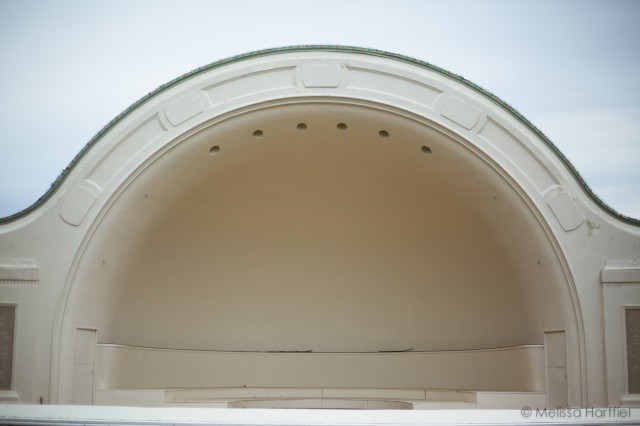 Waiting for warm summer nights, blankets on the grass and soft music

Toronto is questionable enough but out in the suburbs? Plus, it was All You Can Eat, which is rarely the same quality as a la carte. But Michelle is from BC and gets very few opportunities for her sushi fix anymore and it had been well over a week since my last dose so… our eyes lit up and we said yes!

And you know what? I was pleasantly surprised.  It was pretty decent sushi!  And by pretty decent, I mean it was good!  We filled our tummies up on an assortment of rolls, gyoza, tempura, miso soup and yes, even two pieces of salmon nigiri for me (no salmon sashimi though).

And then it was time for one last goodbye with Hank and off for a girl’s afternoon shopping in Mississauga. (where we had dinner at the Lone Star Cafe! A throw back from university days.  They don’t even exist in BC anymore!  Plus, they had big screens and the Canucks game was on – priorities, my friends.  Priorities! 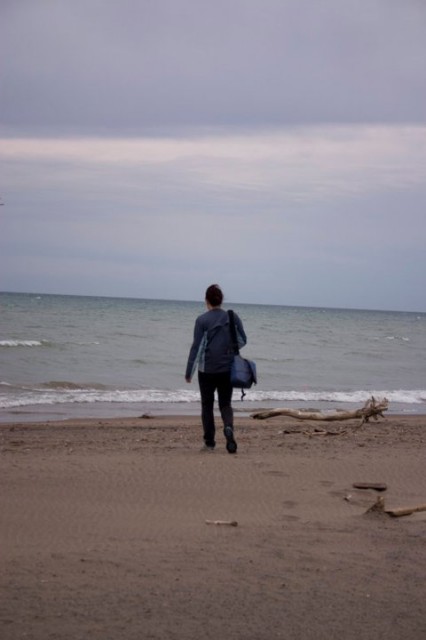