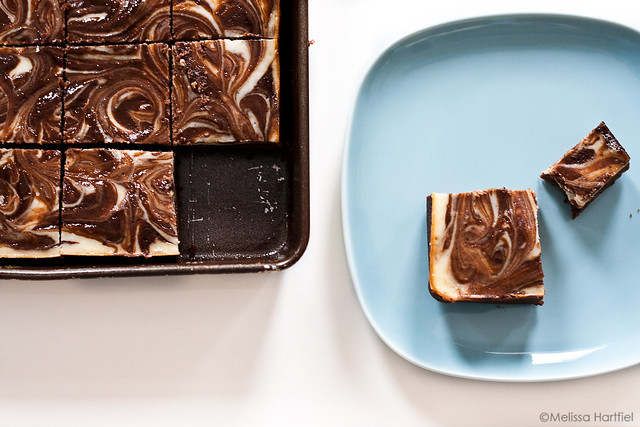 Low fat/cal brownies... there is such a thing as miracles!

I have to confess, I’m a wee bit frustrated at the moment!

Things are good right now: I have as much work as I can physically take on, which as a freelancer, is a great thing!  I am excited to be taking part in Vancouver’s Bake for the Quake Event in a few weeks with my friend Elle – we have some delicious goodies planned!  I have more blog post ideas in my head than I have the time to write (always good!).  Spring is trying to appear.  I’m leaving for Ontario at the end of the month, albeit for an insane week of work, but it also means I get to see some of my bestest friends, my little step-bro and with any luck, a few fellow foodbloggers!

So the frustration? The same as everyone else – not enough time in the day!

I can moan and groan about it but what makes my lack of time any more special than anyone else’s?

I have cool stuff coming for y’all, I promise! A lot of it’s focused on food photography over recipes but I’ll try to make sure there’s some of those included where I can.  I have a backlog of photos and recipes waiting as well so there’s stuff coming down the pipe.

In the meantime… to release stress, here we have Peppermint Cheesecake Brownies from Cooking Light Cooking Through the Seasons.

A 200 calorie, 7 gram of fat brownie that tastes… well… like a brownie!!! This is my second recipe from this cookbook and another winner.  Plus, it’s so fun to swirl the chocolate and cream cheese to make it all pretty.

In the interests of copyright, I’m not posting the recipe – you can find it here on the Cooking Light site.

I will, however, tell you about the photos, which are, to be blunt, not as wonderful as the brownies. 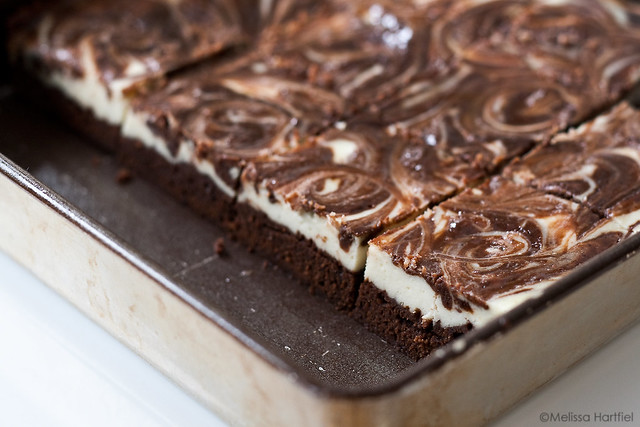 they will disappear very, very fast

Unfortunately, both of these were shot a month and a half ago so my memory is foggy on the details.  But, both photos were shot on top of a piece of white foam board because I wanted it to be somewhat stark.

And, believe it or not, they were shot the day after they were baked.  I simply composed the shot to hide the fact that half the pan was missing (I mentioned they were good, right?) and made sure at least one corner piece survived.

Post Processing Tips: This was a cheat. I shot this in a massive rush and didn’t have time to set up lighting properly so I fixed it post shoot.  Because I shot in RAW, I was able to alter the exposure in Camera RAW (I swear I will get Lightroom up and running next month) without damaging the file.  I upped the exposure considerably and then opened the file as a smart object in Photoshop.  I copied the layer as a New Smart Object, opened that one up in Camera RAW, put the exposure back down to normal and sent it back to Photoshop.  I added a layer mask to it and then brushed over the white area that I wanted to be more exposed.  So basically, the brownies, pan and plate are the exposure used in camera and the white surface is enhanced.  Sounds like a laborious process but in reality took about 3 minutes.  It’s a trick I learned from  Scott Kelby’s 7-Point System.

The beauty of it is, by using smart objects, I didn’t damage any of the pixels with my post processing!

Post Processing Tips: None, really! All I did was sharpen and bump up contrast a tad.  20 seconds of work at max!