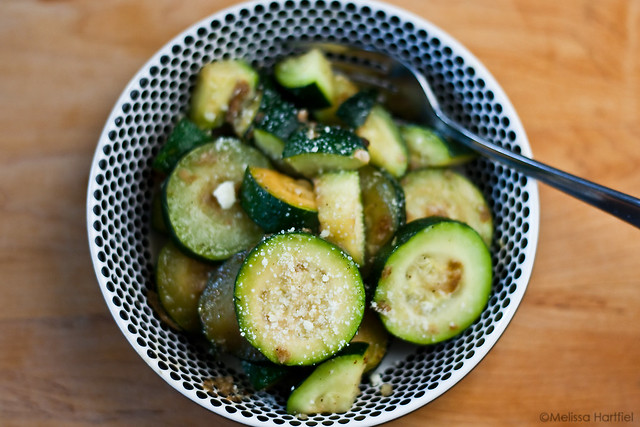 fresh, tasty and oh so simple and quick

New Years.  My body is saying “go away chocolate.”

Well… no, not really.  My body would never say “go away chocolate”.  I think I’m genetically predisposed to have a chocolate addiction.

However, I am done with the sweets and rich treats for a little while.  At least a week, anyway.  Something about January makes me think of Ikea.  I don’t know why.  Like everything  is minimalist and stripped clean.  And white.  And airy.  Maybe it’s because of the urge to organize with the New Year – and to me organization usually means decluttering and that means, well… Ikea, and whiter, brighter, airier rooms.  Which is odd, because, Vancouver is usually grey, grey, grey and very rainy in January.  It’s my least favourite month of the year.

Yes, I have a point!  It also makes me want lighter food – not the usual roast dinners, stews, soups and comfort foods so many people associate with winter.  I want citrus colours and fresh juices and crisp salad and simple flavours – no heavy sauces or rich desserts.  Stripped clean, minimalist food. 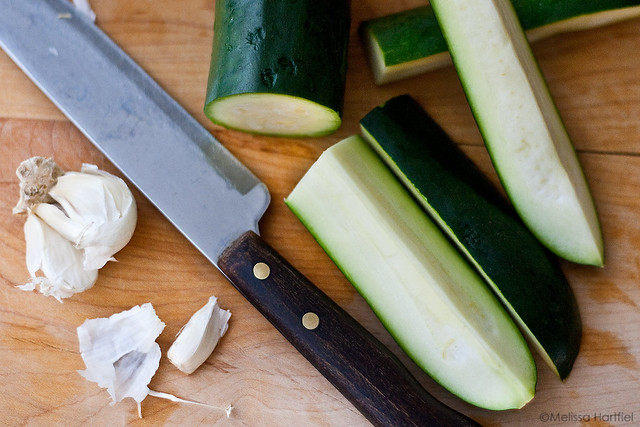 this is pretty much the extent of the prep work

Zucchini is one of my favourite veggies.  They’re not really a winter squash but the farmer’s market carries the little ones most of the year.  I like to slice them and saute them in a frying pan with a touch of olive oil, or butter if I’m being decadent.  Can’t get much more stripped down or minimalist than that.

But if you want to get a little bit fancier, you can.  And it’s fast and oh so simple.  I make this for my lunch quite often.

1 small zucchini, sliced or diced into pieces a quarter inch think
1 tsp – 1tbsp olive oil (depends on the pan you use.  I use a non-stick pan and only use enough olive oil to get a bit of the flavour)
1 tsp water (optional)
1-2 cloves crushed garlic (to taste – and depending on what you’re doing after lunch)
dash of soy sauce (use the lowest sodium you can find)
salt and pepper to taste (if you’re using regular soy sauce, you won’t need salt)
1 tsp grated parmesan cheese

Heat a skillet to med – high and heat olive oil

Add zucchini and garlic and stir into the oil.  Let cook until zucchini starts to look very green and is still crisp

Add soy sauce and salt and pepper.  Watch how much soy sauce you add – it can easily overpower the zucchini.  I literally use a dash from the bottle.  Add water only if you feel you need a bit of liquid – but zucchini produces a lot of water as it cooks.

Cover and let cook for 5-10 minutes depending on how soft you like the zucchini.  I like it on the crisp side so I cook it just long enough for the garlic to cook and the flavours to combine.

Remove from skillet and plate.  Sprinkle with parmesan cheese and serve!

This shoot was an exercise in what a profound difference a reflector can make to a shot.  In fact, I almost saved the post to show you all how using, and then changing your reflector can change your image dramatically, even though the camera settings and the composition haven”t changed at all.

Image 1: 50mm, f2.0, 1/640th, ISO 400, no exposure compensation.  I also used the gold cover for my reflector which added a lot of warmth and changed the shutter speed (I usually shoot in AV mode).  That in turn, slightly changed the focus and depth of field and made the bowl appear fuller than shots without the reflector.

Image 2: 50mm, f2.0, 1/250th, ISO400, -1/3 exposure compensation.  I used my white reflector for this shot to cut down on some of the glare on the knife coming from the window to the left.  It also helped bring out the seed definition in the zucchini which can be quite hard to see sometimes – especially in smaller zucchinis.