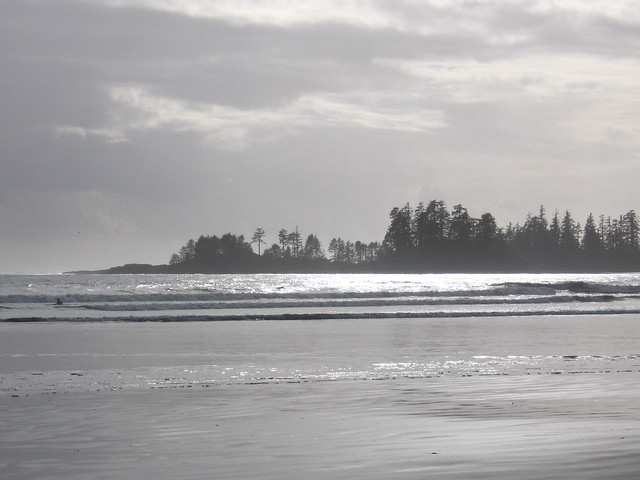 Long Beach on Vancouver Island in 2005: one of the first photos I took with my very first digital camera (a Canon Powershot A520 Point and Shoot). It's not a black and white image - it's a very washed out colour photo.

When I first started out, I found gear discussions sooooo intimidating.  I used a Canon Powershot A520 point and shoot.  I pointed it at things I liked and clicked the shutter.  I didn’t understand f stops, shutter speed, depth of field, exposure, white balance… it’s a long list.  I’d overhear other photogs talking about equipment, reeling off numbers and letters and zone right out – it meant nothing and sounded strangely like math and physics (and it is), which frankly, bore me to tears.

But, I’ll tell you all a secret.  I still found gear conversations intimidating even after I understood the lingo, but for the silliest reason: the contents of my camera bag were very underwhelming, comparatively speaking.

And now, I’ll tell you another secret… that was The. Dumbest. Thing. Ever. to be intimidated about.

I’m a big admirer of David DuChemin, a well known humanitarian photographer from Vancouver.  The tagline of his blog is “Gear is good.  Vision is better.”  And frankly, I can’t say it any better than that.

I can’t tell you how many times I hear people say “oh… if I only had a camera like yours, I could take much better photos” or “all I have is a little point and shoot, there’s no real point in trying to take a fancy picture.”

One of the reasons I wanted to write some of these Tips and Tricks posts was to show you all that it is absolutely possible to take some really terrific photos, regardless of the camera and accessories that you own.  And you don’t need to break the bank to do it.

Point and Shoot Cameras (the nice little compact cameras that fit in your purse or pocket) are actually incredibly powerful and have a lot of manual controls that can give you a pretty wide range of artistic freedom to create some impressive images. 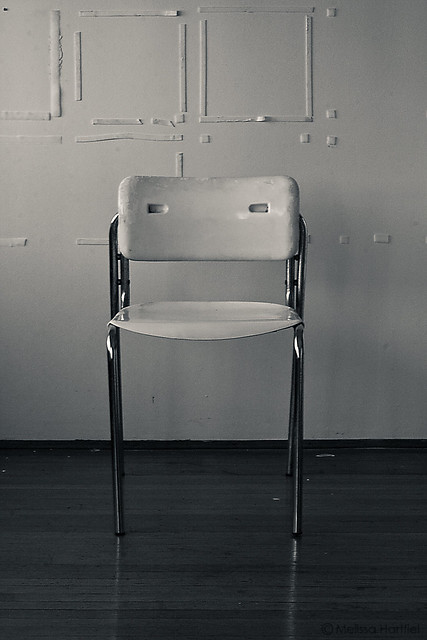 Taken earlier this year in a friend's empty apartment as he was packing up to move. Shot with my Canon Rebel XTi, the most basic consumer DSLR that Canon made when I bought it 4 years ago

Low level “consumer” DSLR’s, like Canon’s line of Rebels or Nikon’s Essential DSLRs ($500-$1000) give you the opportunity to start using different lenses, a broader range of manual controls and to a degree, get a better photo in the sense that you are able to capture more pixels, more accurately.  A 10 megapixel point and shoot is not the same as a 10 megapixel DSLR.  (A DSLR won’t help you compose a better picture though – that’s your job). To really make creative photographs though, you will need to learn how to shoot manually.

If you’ve exhausted the manual capabilities of your P&S and want to push your photography skills up a few notches, they’re a great way to start out.  My main camera is still a 4 year old entry level consumer DSLR.

If you own a “prosumer” (a mid-range DSLR that usually costs between $1-2000 for just the body) or professional model DSLR, hopefully, anything I write here will be old news to you.  If you own one of these cameras and never take it off the automatic settings, I should probably come to your house and take it away from you. 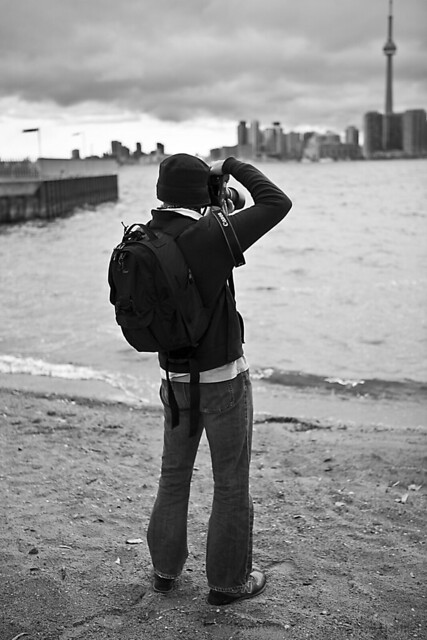 Taken last month with the Canon 5DMKII (a professional grade DSLR) and the 24-70mm 2.8L lens (the "L" on a Canon lens marks it as one of their highest quality lenses). Unfortuantely, neither of these belong to me. I was just borrowing them!

Moving from a P&S to a DSLR does give you more options and more opportunities to improve your photography skills but they come with a warning.  Lenses are sold separately.  And they’re not cheap.   The camera body will probably wind up being the least expensive part of your investment.

If you want to make the leap to a DSLR or if you already own one but haven’t done much with it, I will give you one piece of advice: buy the best quality lenses you can afford.  Lenses will stay with you forever and if you stick with the same camera manufacturer as you upgrade your camera bodies, they can move to the new camera.  There is nothing worse than shelling out a lot of money on cheap lenses only to decide in a year or two that you’d like to upgrade them all – that gets really costly.  Most people don’t need a lot of lenses – and you’ll find the more you have, the more you are likely to leave them at home when you head out.  They get pretty heavy in your bag. 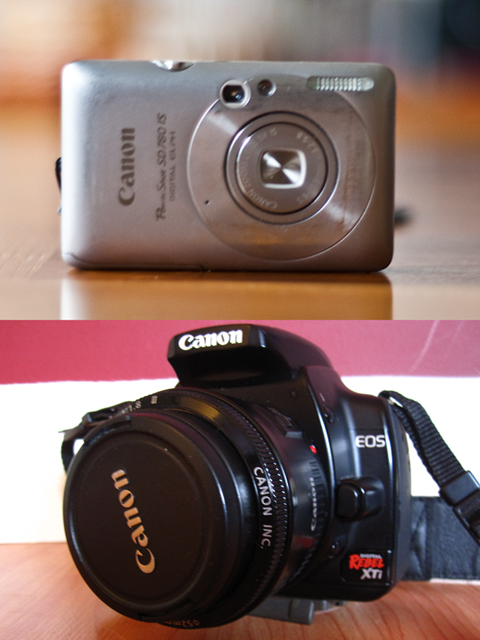 the two cameras I use - hardly anything extravegant

What it really comes down to is this: if you want to make better photographs you need to learn how to be a better photographer.  You need to leave automatic settings behind, crack open your camera’s manual and learn what all those other buttons mean.  Start learning the terminology, start looking at what’s around you, and put some thought into what’s in the frame before you click the shutter.  Take a photography class – there’s loads of them out there.  When I got really interested in food as a subject, I took a workshop with food photographer Jackie Connelly and I learned tons.

Know somebody who takes photos that you admire?  Ask them for help!  Most photographers love nothing more than to talk about their passion.  I learned more from some of the generous photographers I know than I did from a book or a manual.

But, most importantly, practice, practice, practice!! You’re shooting digital – you don’t have to pay for film or processing.  Make mistakes!  Try things, experiment! If you don’t like it, delete it! And then try something else.  It’s a combination of patience (you need lots), perseverance and being a little fearless.

A good camera will take you a long way but it won’t make the photograph.  That’s what the photographer does.  And it’s a skill that needs to be developed (don’t mind the pun!).  Don’t be swayed because you don’t have fancy gear – take what you have and learn to use every button and dial.  There isn’t a single photographer out there who doesn’t lust after some piece of equipment that might just take their game up a notch, myself included.  But despite that, there’s still a lot of great photos being taken out there.

Thanks for sticking it out to the end of this long post.  My next Tips & Tricks posts will be on more focused topics!