I promised a little taste of Katz’s Deli in New York a while back and today I can deliver.  Sorry, the photos aren’t the best – most of them were snapped quickly in the moment.  And usually, we were so ready to dive into whatever we were eating, that I didn’t bother to take a picture.  Sometimes you have to be in the moment instead of behind the lens. 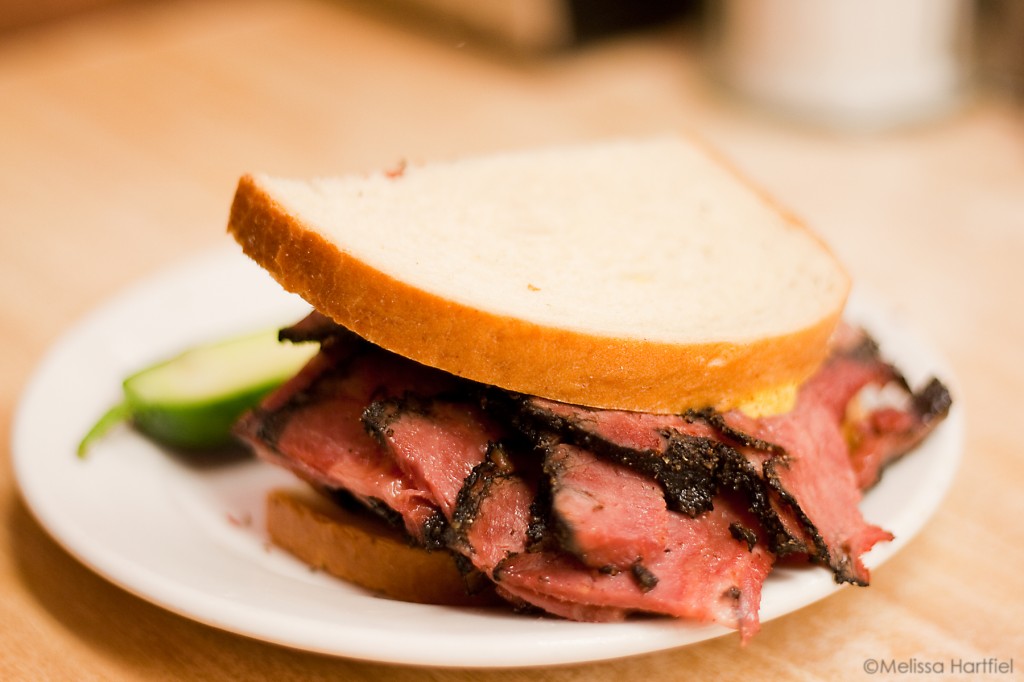 More pastrami than a girl can eat...

This was the centrepiece of our first lunch in New York at the famous Katz deli – pastrami on rye for a cool $14.95.  That’s just half of the sandwich, which comes with a generous helping of assorted kinds of pickles.  Was it as good as Montreal smoked meat… I gotta say, I don’t think it was.  But it was still pretty darn good!  And impossible to finish. 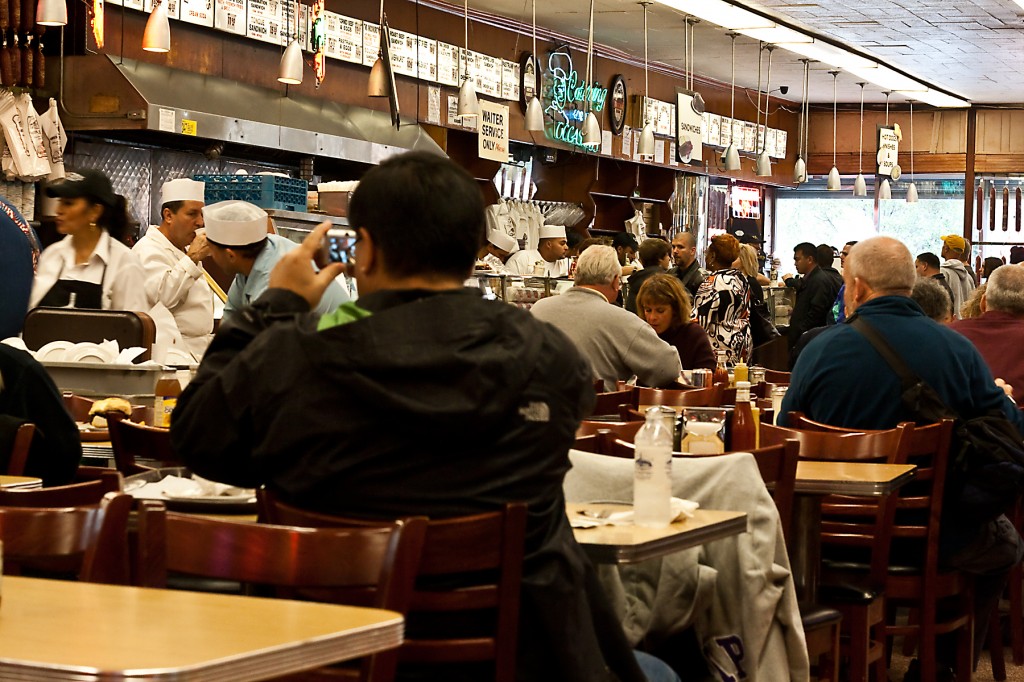 Busy place and a lot of fun just to people watch

For those of you who’ve seen When Harry Met Sally, Katz’s is where the famous pie scene with Meg Ryan was shot.  We didn’t have room left over for pie, so I can’t attest to how good it is 🙂 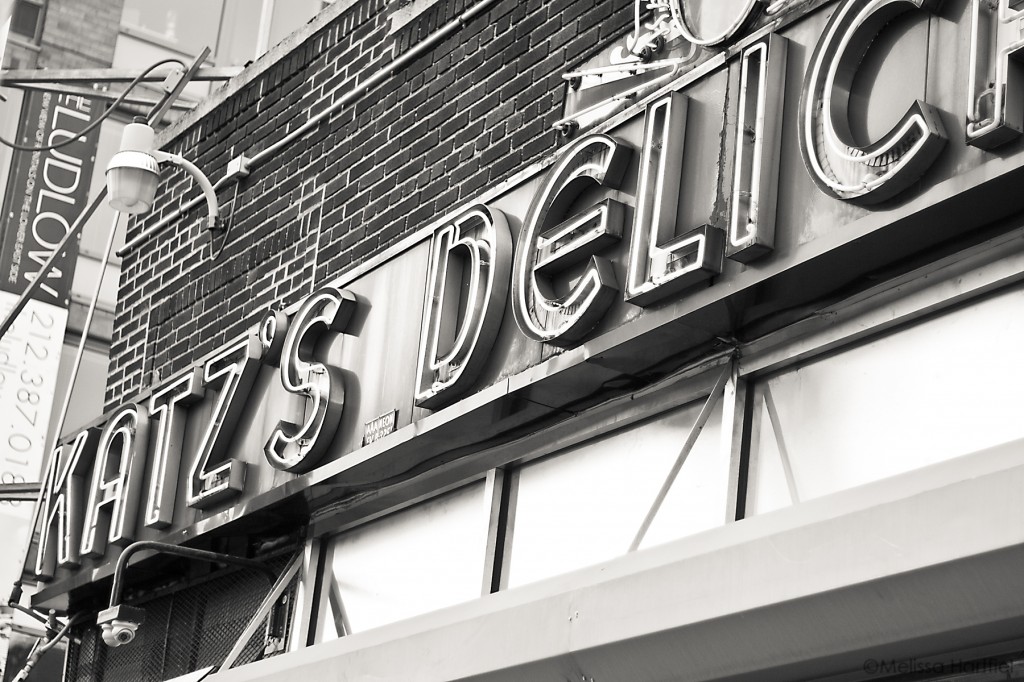 And if you feel the need to share the love, they have a mail order department where you can ship out some meat to those you love! 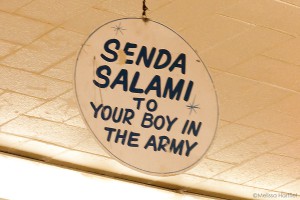 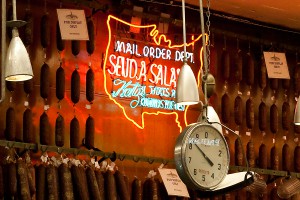 For the rest of the trip, we sampled a great Italian place called Pellegrino’s on Mulberry Street, in Little Italy.  My friend Michelle had the seafood risotto and I had a Ceasar salad with three little anchovies lying on the top and the yummiest ravioli I’ve ever had – stuffed with eggplant, ricotta, artichokes and pears in a creamy sauce.  Mmmm… my mouth waters just thinking about it.  We washed it all down with some wine and then finished up by splitting tiramisu.

We also went to a very yummy and cheap Thai place in Hell’s Kitchen called Room Service that had funky atmosphere and was packed.  The drinks were on the pricey side but the Mango Mohito was worth the $11 price tag.  It was huge!  I had the Lychee Siamese Duck that was so full of flavour (but the duck was a bit on the tough side) and Michelle had the Pad Thai.

What else… we had ham and swiss croissants for breakfast one morning, dug into a street hot dog for lunch, drank a lot of cherry coke and… after all our fellow Sex and the City fans telling us we must, we went to Magnolia Bakery to sample a cupcake on Saturday night. 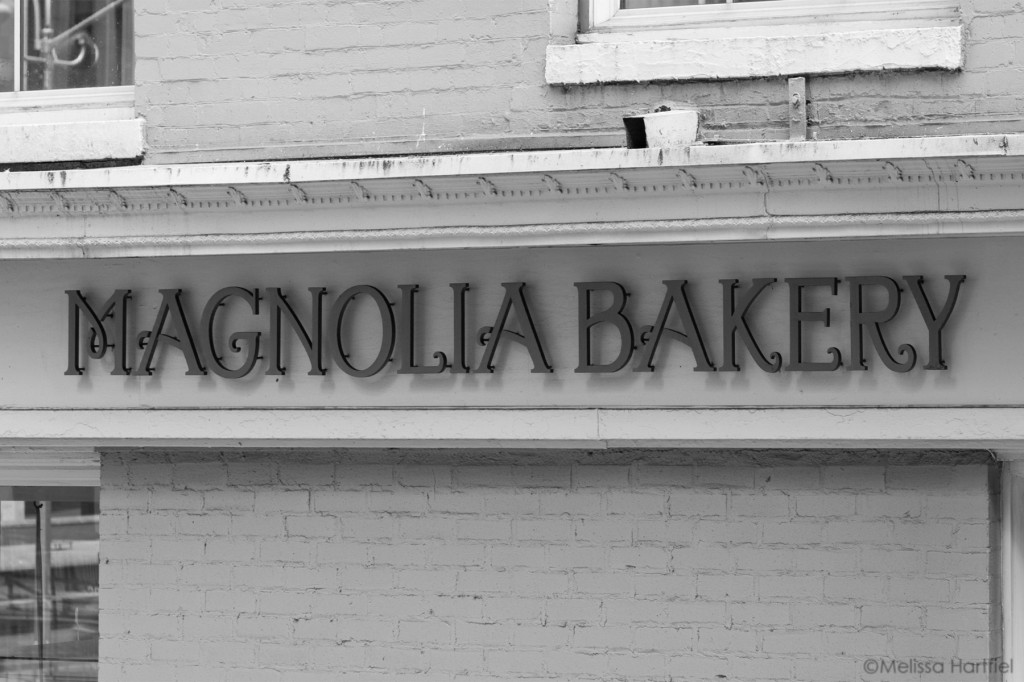 Gotta say… after having sampled our local Cupcakes and Frostings this was not the calibre of cupcake I was expecting.  Still, you can’t really screw up a cupcake so we had no problem washing them down.  But I won’t wait in a lineup for another one.

And then on to Toronto… 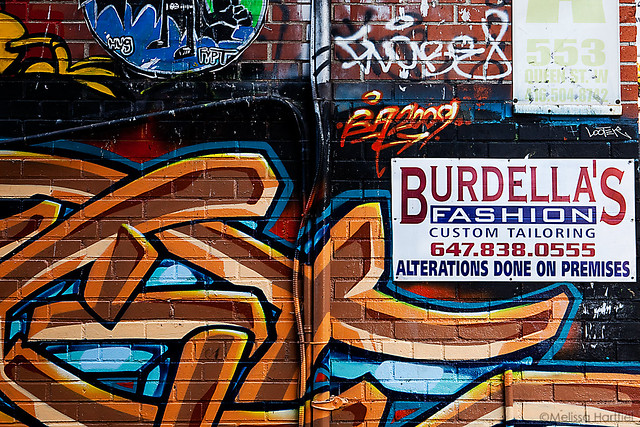 No food pics from TO, but lots of great Queen street alley graffiti

I have no food pictures of Toronto  unfortunately, but I did have some good food… dinner at Spring Rolls on Queen Street West with my step-brother Henry.  They’re part of a chain, but do some pretty solid Pan Asian food and I love their Cantonese Chow Mein that is full of everything!  I started out with Mini-Me Shrimp rolls and washed it all down with a couple of Mango Martinis.  I’m on a mango kick right now.

Also had a yummy Indian lunch in New Haandi on Gerrard Street with my friend Hank that temporarily filled my ever present Indian food craving…(hmmm… maybe butter chicken for dinner tonight??). 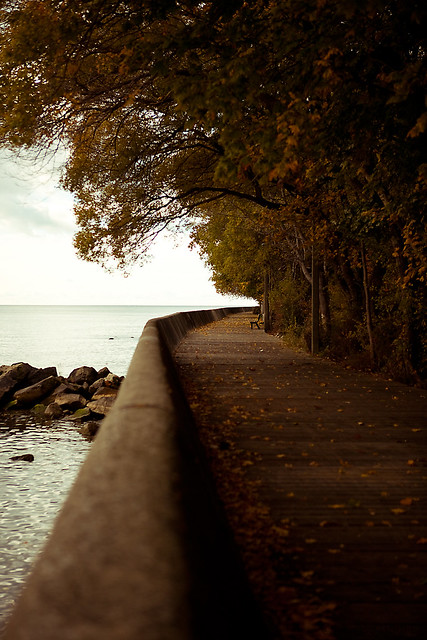 Spent the morning working up an appetite shooting on Toronto Island

But the highlight for me was the French bakery and cafe my friend Matt took me to after a morning of exploring Toronto Island.  It’s called Bonjour Brioche out on Queen Street East.  Why the highlight?  Well, they did have amazing food (broccoli cheddar quiche with a crusty fresh roll and salad, as well as to die for coconut macaroons the size of my fist) but… they’re right next to Degrassi Street… the Degrassi Street.  If that’s not a wave of nostalgia, I don’t know what is!

There you have it… food travels vicariously through Melissa!  I need to go find lunch now…