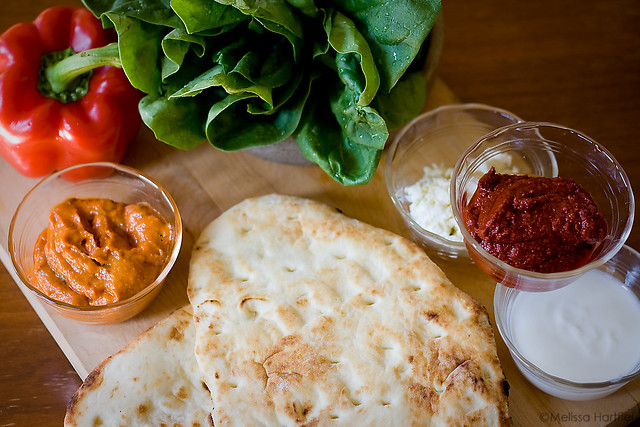 A recipe on the bag of some Naan bread I bought the other day gave me an idea for a twist on regular pizza. Naan makes a great pizza crust and works great with all kinds of toppings. I decided to go with the Indian feel of the naan and make Tandori Chicken pizza. 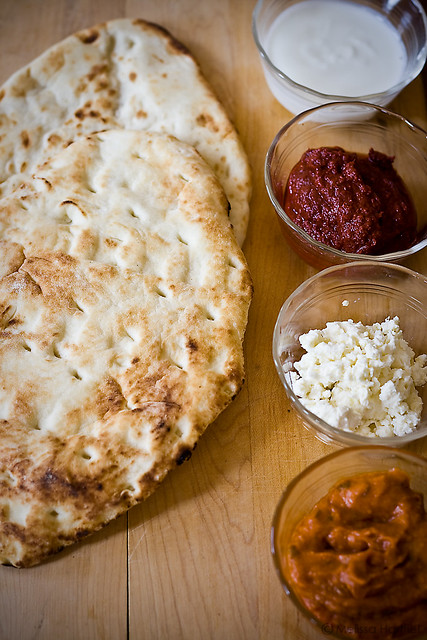 The recipe I used as a base called for a lot of prepackaged items, right down to prepackaged cooked chicken, which I’m not a fan of. But products like that can make life easier when you’re pressed for time. I cheated a bit by buying the tikka masala and the tandori paste. Mixing the tandori paste with some plain, balkan style yogurt made a quick marinade for the chicken that I did up in the morning and let sit all day. 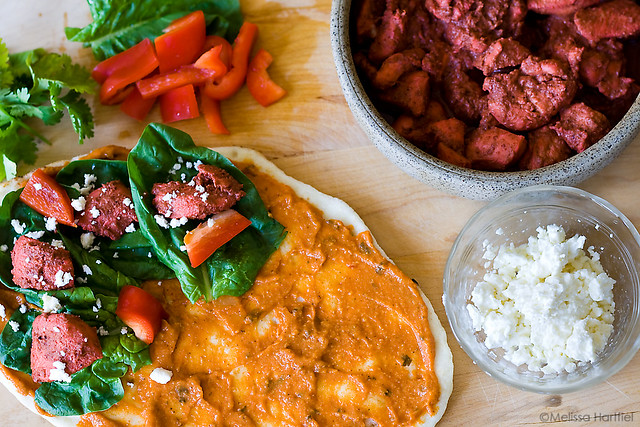 The original recipe called for just spinach and goat cheese as well as the chicken but I threw in some red peppers and cilantro as well. 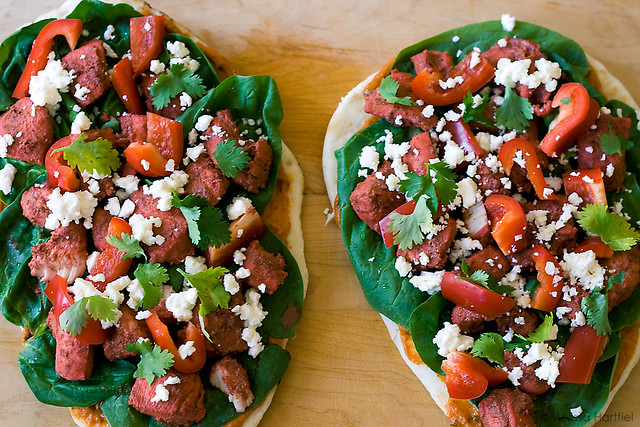 loads of colour ready for the oven

With loads of colour, not to mention the aromas from the tandori chicken and tikka masala, my mouth was watering before the pizzas even hit the oven. 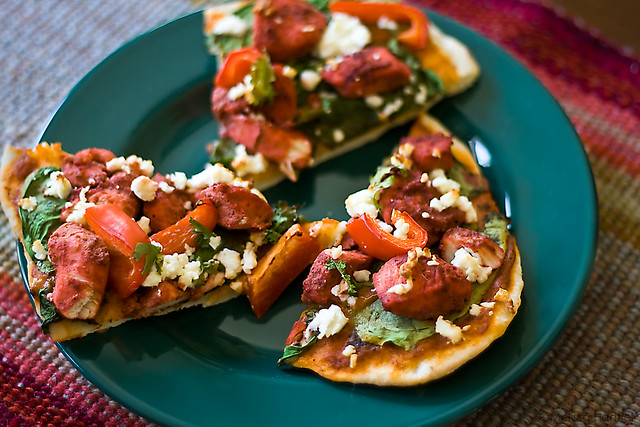 Fresh out of the oven

Fifteen minutes in the oven and voila! Pizza! I was pleased with how it turned out. The Naan makes for a nice thin and crispy crust and the feta cheese gives a smooth, subtle taste to contrast the spice from the tikka masala and tandori flavours. There’s lots of textures here with the crunchy peppers, smooth cheese, tender chicken and crispy crust.

Your imagination is the only thing to limit you – any type of pizza topping would work well on this crust so don’t be afraid to experiment. Here’s the recipe as I did it!

In a large bowl, combine yogurt and tandori paste. Cut chicken into bite sized pieces and add to the yogurt/tandori marinade. Put into a covered bowl or plastic Ziploc bag and toss to coat all of the chicken.
Marinate in the fridge for at least an hour but for better flavour, let it sit longer.

Heat oil in a skillet (not needed is you use a non-stick skillet) over med-high heat. Add chicken and marinade and heat until chicken is cooked through. Remove from heat.

While chicken is cooking, place naan on a cooking sheet and coat one side of each piece with the tikka masala sauce. Layer on the spinach leaves and then layer on cooked chicken and peppers. Finish off by sprinkling with feta cheese and chopped cilantro.

Bake 10-15 minutes in oven or until the naan is golden brown and crisp and cheese has started to melt.