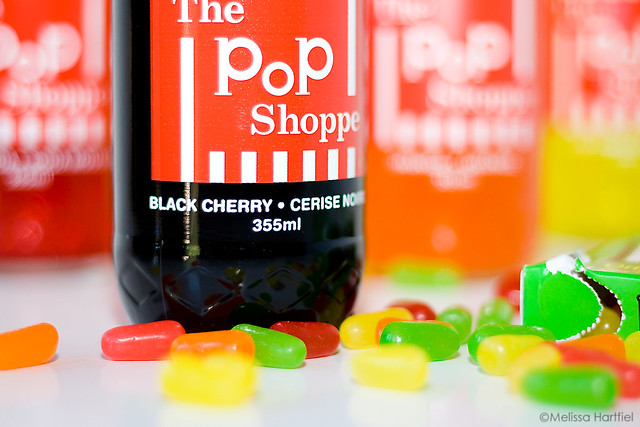 Pop Shoppe pop is a phenomenon of my childhood. All I needed here was a hot dog and a tiny tub of vanilla ice cream with a flat wooden spoon and I can recreate every Canadian kid’s birthday party during the 1970’s. (or a school hot dog day).

Was this only a Canadian thing? I’m not sure but I can still picture the Pop Shoppe depot near my house when I was little. That’s right, it was a store that only sold pop… in glorious technicolor. Such gaudy colors and flavors in bottles that could be refilled. I really don’t recall drinking Coke or Pepsi until I was close to my teens. It was Pop Shoppe pop with the red labels. 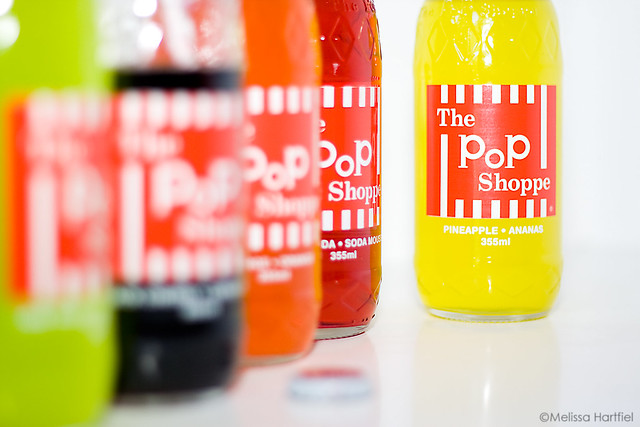 The colors... the flavours!

And then one day it disappeared, until quite recently. I’ve seen in popping back up in a few specialty stores, already bottled and very expensive. (cashing in on nostalgia…) Until today. I was in Zellers and they had a huge rack of it for 99 cents a bottle. I bought every colour they had – just so I could take photos with them! Black Cherry, Cream Soda, Lime Ricky, Pineapple and of course, the every present Orange. I didn’t see Grape though. The funny thing is, the only flavor I like nowadays is the Black Cherry. What to do with the rest?

Hot dog party at my house!

22shares
I want to ride my bicycle
Tandori Chicken Pizza